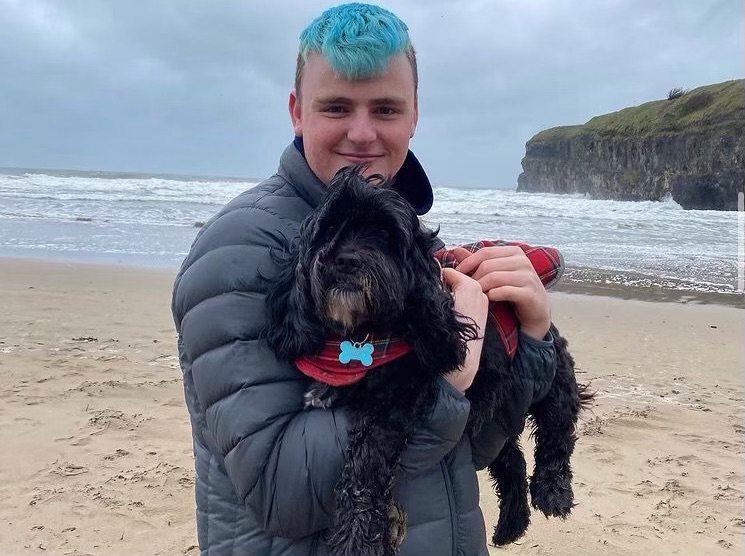 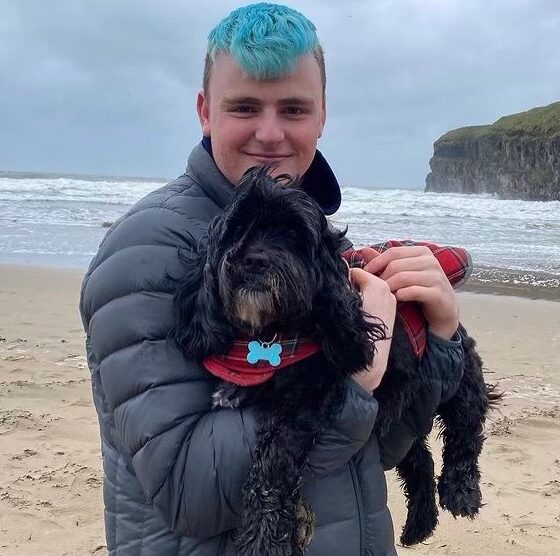 Singer-songwriter Robert Dawson, from Castleconnell, is an up-and-coming artist who is ready to take on the ever-expanding Limerick music scene by storm. Robert, 19, has been singing since he was 5 years old and attended Spotlight Stage School where his love of music and live performing began. His single ‘Won’t Hurt You Anymore’ entered the iTunes Top 20 upon its release a few months ago. Robert started writing his own music at the age of fourteen and has since then written over thirty original songs. singer-songwriter Robert Dawson

His new EP ‘I’m Not Okay’ will be released on Friday, April 9.

What is your favourite thing about being a singer/songwriter?

My favourite thing about being a singer/songwriter is having the ability to express myself through my music. I also love being able to make a connection with people through my music and having an output for all my emotions.

When did you know you wanted to become a singer?

When I was growing up a lot of different singers were playing in my house, mainly the likes of Westlife, Adele and Michael Jackson. But my greatest inspirations would be the likes of current artists such as Lewis Capaldi, Niall Horan and Harry Styles. These are all musicians that started with nothing and had to work hard for what they have now. I respect and look up to them all for their hustle and dedication.

What advice would you give to someone looking to begin singing/songwriting?

The advice I would give to a beginner singer/songwriter would be to just be yourself and express how you feel through your music. Everyone can relate to a song when it’s vulnerable and truthful. Write songs that have more than one meaning because that way you have a bigger chance of gaining more listeners for your music. Always write about things that have happened to you, whether they’re big or small, everything makes a great song.

My upcoming EP “I’m Not Ok” is probably one of my most honest and vulnerable pieces of music to date. I really poured my heart and soul into this EP. The EP tells my story about my battle with mental health and how it’s ok not to be ok and that it’s ok to show the broken side of ourselves.  It will be released on Saturday, May 1 and pre-order will be available from Monday, April 5. I’m excited for everyone to hear it and look forward to hopefully playing the songs live soon.

Currently, I’m working on some more big music projects such as launching my own record label with my friend but I’ll be able to speak about that more closer to the time. I’m also working on releasing a charity single with all the funds going to Deel Animal Rescue to help them continue to do all the amazing work they do.

What has been the most challenging part of being a singer/songwriter?

One of the most challenging parts of being a singer/songwriter is trying to find inspiration for new songs and trying to focus on one song at a time. It’s very easy to start writing a song and then to start writing another. Another thing I struggle with is having confidence in my songs. A lot of the time, I never feel like they’re good enough, but an important part of it is to have confidence and faith in yourself.

How have you found making music has been affected by lockdown?

I think lockdown brings a whole new aspect to music creation. Making music has been more difficult because I don’t have access to as many tools as I used to and I’m now confined to my home studio whereas before, I used to collab with other artists and producers and have access to better equipment. I feel that lockdown has brought a very eerie feeling of impending doom and that makes it very difficult to try and create happy upbeat music.

I see myself hopefully gigging more around Ireland and releasing a lot more music and doing a lot more collaborations with other artists and musicians. I’d also like to start a new live mic session in Limerick where all new and upcoming artists can come and sing and share their talent because I really feel everyone deserves the chance to sing their music for others.

What I love most about Limerick is the sense of community. Everyone knows everyone and you get a really good vibe in Limerick. It’s very easy to express yourself and feel comfortable doing it. You don’t get that in a lot of other places. Limerick is also a very musical town with a lot of amazing singers that have come from here such as Dolores O’Riordan of The Cranberries and Emma Langford. It’s such a great city for inspiration and meeting other musicians.

To listen to Robert Dawson on Spotify go HERE