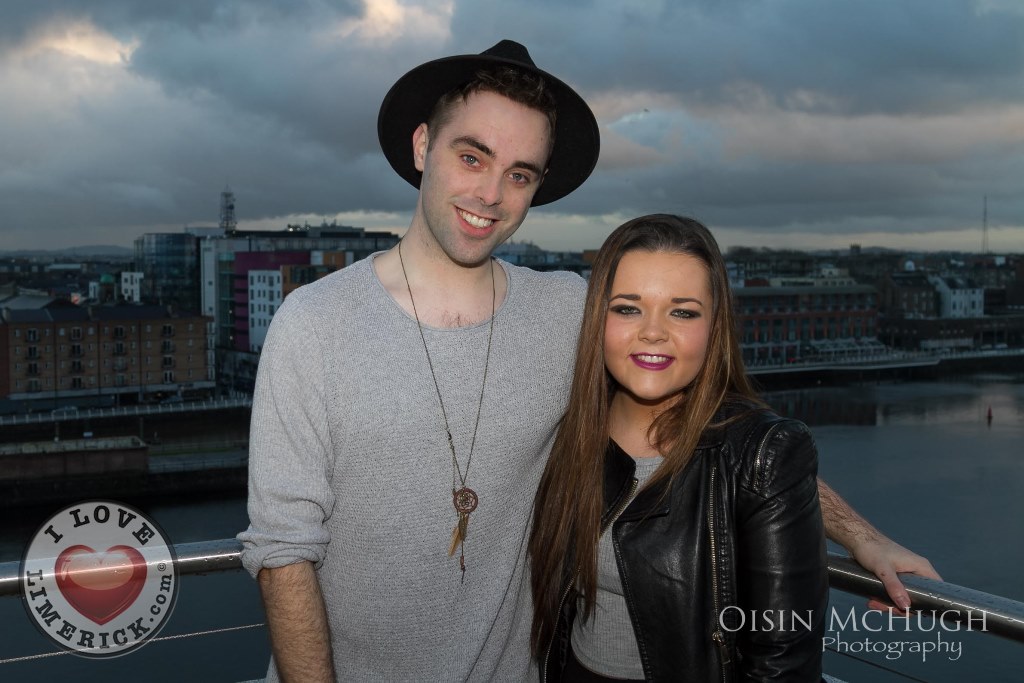 Last week I had the opportunity to spend some time with two of the most talented young singer songwriters in the country, Leah Melling and Niall O Halloran.  Leah Melling is a 16 year old singer/songwriter who is making a big impact on the internet with beautiful songs she has composed herself. Leah, a student at Ard Scoil Mhuire, Corbally has always had a passion for writing since she was very young but when she was 13 her stories turned into songwriting and she hasn’t stopped since as she takes to her room with her guitar and within hours produces a new song. Her songs including “Dear Society” and “Saviour” have won her many fans including Niall O Halloran and last week I arranged for Niall to meet Leah at the Limerick Strand Hotel to chat about music, as Niall was most impressed with the talented Leah. Niall, 22, born and raised in Limerick city, is currently a contestant on The Voice of Ireland, having turned all four chairs in his blind audition with his rendition of Sam Smiths “Lay Me Down”. Niall applied to the Voice of Ireland unknown to himself. His mother applied whilst Niall was in work and on returning home suggested he upload an audition. Niall selected “Lay me Down,’’ because of the emotion and soul in the song. ‘’ If I can emote to the lyrics then it will be so much easier to tell the story and work the melody around my voice.” Niall got the call about being one of the wild cards going through to the Blind Auditions, which took place in the Helix, Dublin and all the judges wanted to mentor him and were blown away by his voice. Niall is currently preparing with his coach, The Saturdays Una Foden for the Live Shows of The Voice, after sailing through the Battle Rounds. Niall found his love for music at a very young age when he attended an Expressive Arts theatre school and began honing his skills in acting, dance and singing. Niall went to Ard Scoil Ris secondary school, a school that took pride in the musical achievements of its students and alumni and facilitated students with the tools required to develop their musicality to a high standard. Niall was accepted into Bull Alley Theatre Training Company, where he spent two years developing his skills in acting at a professional level.  Congrats on your achievements Leah and Niall and much love to you both.

June Rodgers at UCH this June