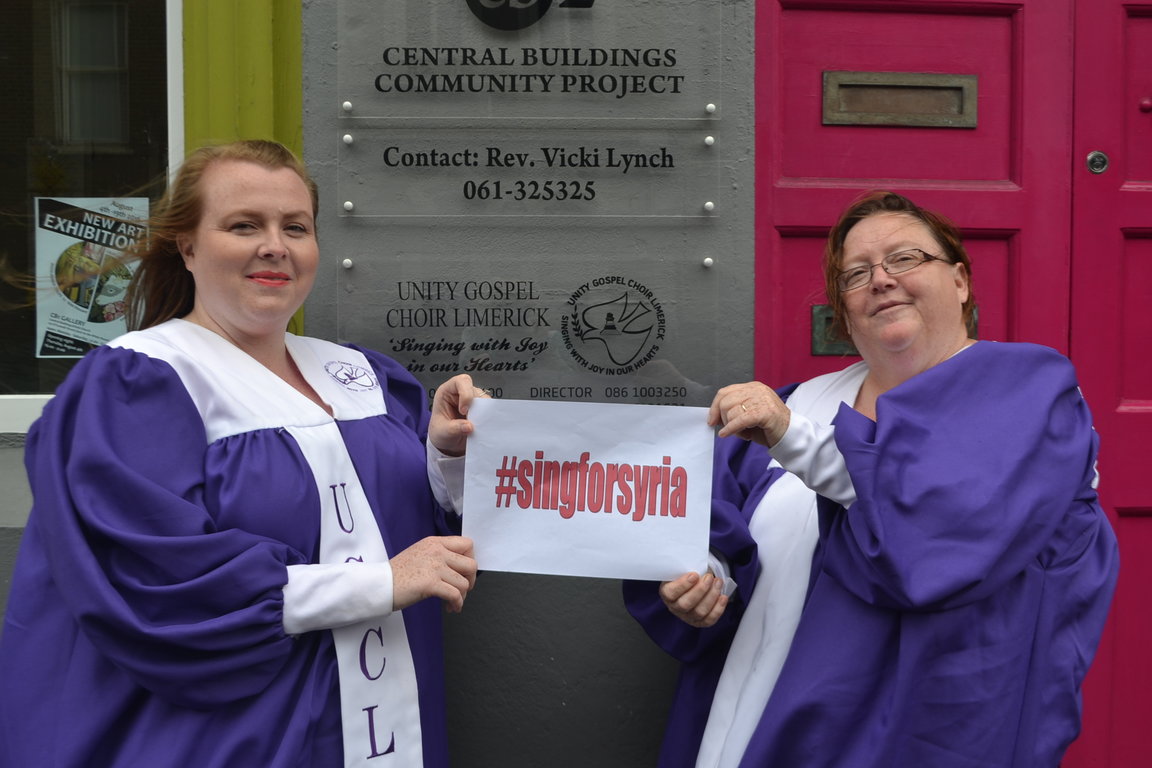 An image of Omran Daqneesh, a five year-old Syrian boy, has stunned hearts worldwide after an image of him was shared on social media and went viral. The image was taken following a Russian Air Force Strike on Aleppo in Syria. Vanessa Finn, a member of the Unity Gospel Choir Limerick, was determined to find out how an ordinary person could help refugees.

Following the huge success of the ice bucket challenge, an internet sensation two years ago, she decided to challenge people to # SingForSyria. She hopes that the hashtag will catch on to the people of Limerick and then continue to grow from there.

The challenge consists of any person to either sing or lip sync a verse of chorus of a song from the year before you were born. The reason behind that is “the last time there was any kind of peace in Syria was before little Omran was born”. Vanessa is also trying to get people aware of numbers to text in order to donate money to help refugees.

“I have a little boy myself and to think that kids his age go through such horrific pain nearly keeps me up at night.,” said Vanessa, “If this catches on and we can make even the slightest difference will be amazing.”

Director of the Unity Gospel Choir Limerick, Gretta O’Shea, who is also Vanessa’s mother, was exceptionally proud of her daughter. “There was so many people who saw that picture and did nothing but Vanessa saw that something could be done,” said Gretta, “It’s the smallest gesture that can bring so much awareness and raise so much money for such an important ongoing crisis. The internet is amazing in spreading the word.”

“I understand if people are shy to put up videos of them singing but this isn’t a talent competition. This is all about spreading the message across and making sure a crisis like this isn’t ignored.” Said Vanessa.

After a month break, the Unity Gospel Choir Limerick will gather together once again for rehearsals. Open auditions will be opening up on Tuesday, September 13 and will take place at Christ Church, O’Connell Street.

To donate to the Irish Refugee Council text refugee to 50300.

To see more news of choirs from I Love Limerick click here.