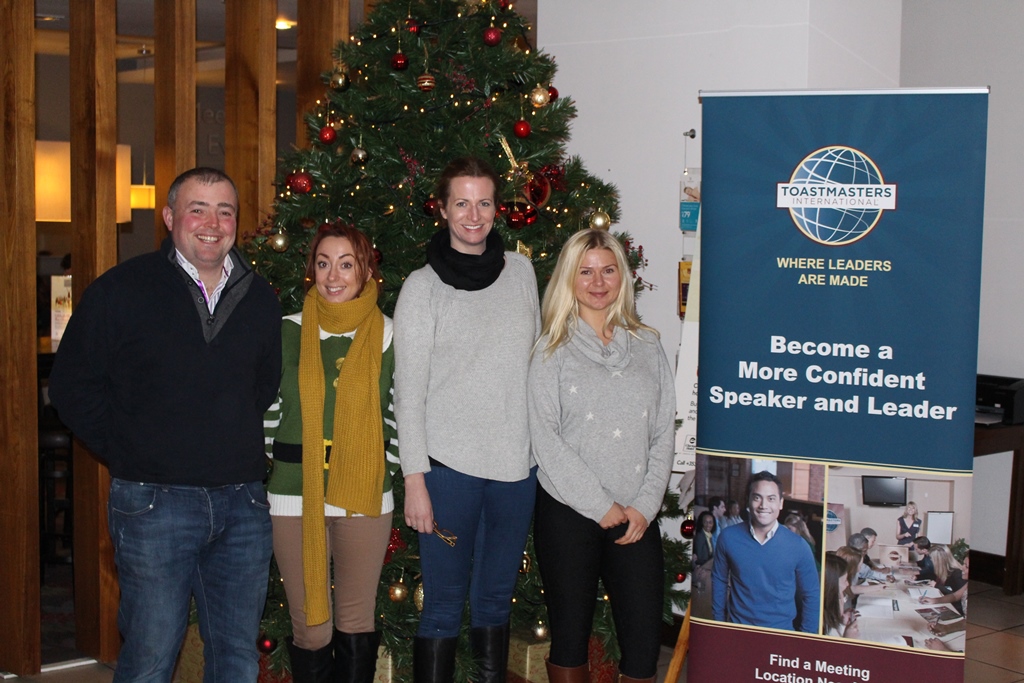 A new Friday night Toastmasters club has been launched in the Clarion Hotel, Limerick.

With the ever expansion of Toastmasters clubs across Ireland and the United Kingdom, a new club concept has been launched in Limerick.  Single Speakers is a Friday night club.  The attraction of a Friday night club is that you can let your hair down after the tough weeks work.  The club is also targeting those who are visiting Limerick for the weekend.

Single Speakers places a strong emphasis on humour. The meeting format embraces the Toastmasters ethos with concepts being introduced over a number of weeks.  Indeed the buzz from the first meeting carried down to the Clarion bar where everyone stayed around for a drink or two. Were there marriage proposals? Maybe a little premature!

Siobhan Doherty, the club mentor and seasoned Toastmaster was delighted with the feedback and comments from the participants on the first night.  “I believe this club has a bright future and on a personal level I enjoyed meeting the many new faces. While public speaking is at the core of Toastmasters, it is also a networking organization and a bit of craic!” she said.

Tom Enright, a first time guest who is often called upon to deliver work presentations spoke in the Clarion bar afterwards.  “A great concept for a club. The guest speaker tonight was hilarious.  I hadn’t told my wife it was a singles clubs though!”

The next club meeting which is free for guests takes place on Friday, January 2nd 2015 at 7.45pm at the Clarion Hotel.  A topic session where random topics are given to participants to speak on will take place as well as an award winning humorous speech which you won’t be disappointed with. Afterwards a few sociables in the Clarion bar will take place followed by a trip to Nancy’s.

Check out www.singlespeakers.ie for further updates.
Read more about events taking place in the Clarion here!