Limerick’s own Siobhán O’Brien has been performing music since the young age of 6. After moving to America in hopes of creating her own sound, Siobhán not only secured the opening slot for English songwriter Nick Lowe, but she has performed with legends such as Bob Dylan, The Chieftans and The San Diego Symphony. Now with her recently released album titled ‘You Can’t Run Out of Love’, Siobhán is bringing her folk sound back for the third time. Her passion for songwriting, even during COVID-19, has been a source of entertainment and light during this difficult time.

We chatted to Siobhán about her music, influences and her time in quarantine during the pandemic. Here’s all you need to know about Siobhán O’Brien!

When did you realise your passion for singing and songwriting?

Just recently! I thought I had passion for it but since I decided to move to the States in my 40’s and “find my audience” and work my ass off, I only realise now HOW much passion I must have. You can’t do this job without passion. But then again there was a moment when I was an au pair in the south of France. I saw Tracy Chapman for the first time and she blew me away. I wrote a letter home to my father and told him, “This is what I want to do with my life.” I was 18.

What is your process when writing songs?

I don’t have a process as such. It happens in a few different ways. First of all, I won’t write anything if I am around people. I need the quiet time and space to do that. When I get rid of outside noise and get still — I tend to come up with ideas while walking or driving too — that’s usually when inspiration hits. I always have my phone and record into it. When I started out, I usually wrote all the lyrics in one go and then sat down to put music to it. Nowadays I get lines and verses and then a line and a verse another day. But I have to implement discipline to finish the song. I’ll do everything else to make an excuse not to write.. I can wake up and have a tune and lyrics in my head and I put it into the phone. I write in my dreams sometimes. Just yesterday I wrote a blues song while cleaning…a first!

What is your favourite genre of music?

It’s more about the song. A great song is a great song. So ultimately I am drawn to acoustic music and the lyrics, although a great melody catches me first. I was lucky to be brought up on a very varied spectrum of music…folk, blues, jazz, the crooners… But I also love to rock with my band.

Tell us how this album, ’You Can’t Run Out Of Love’, came to be. What was your main idea writing it?

I didn’t have a main idea for it. I’m not a conceptual songwriter like, say Mick Flannery. I write from experience and observation. There are some older songs on this new record that I never had the chance to record like ‘The Burger Song’, and it came out a rocker. Then the title track, ‘You Can’t Run Out Of Love’, came about as a friend of mine back home in Limerick was having a tough time as a Mother. She found herself pregnant for the fourth time and felt that societal judgment. She had a lot going on, and I felt bad cause I couldn’t be there for her (I’m in the US). One day while out walking, I came up with the line. I texted her and said, “You just have to keep it together and you can’t run out of love.” Then I wrote a verse and a chorus with music too. I knew I had a good hook but was stuck. I had been introduced to Jude Johnstone in Nashville the year before by Dave Keary (Van Morrison’s guitar player) from Limerick. I’m sure all of Limerick knew who Dave was. So I was at Americana Fest in Nashville and asked Jude if she wouldn’t mind helping me finish the song. She said absolutely. We drank wine for a few hours and I told her the story. She went out on her porch and came back in after 4 mins and gave me the first verse. Then we wrote the bridge together. Jude Johnstone is a stellar well-respected songwriter. Google her! I wrote ‘The King’s Fool’ after being frustrated with where I was and playing in bars and wondering when would when I will move on to venues where people listen. Plus I was adapting to a new country.

How has the COVID 19 pandemic impacted your career and life?

Besides not being able to gig and earn money, I like the isolation. I have been doing a lot of self-discovery over the last few years especially since I left Limerick. It has sustained me through this. I have less anxiety and more positivity. I don’t watch TV, I can’t listen to negative spinning. I am gutted for New York. It is horrendous what’s happening there. People with no next of kin being buried in mass graves on Hart Island. Did anyone ever think they would witness this in their lifetime? I fear for women and children who live with a violent partner. Men with anger issues who have no self-control are worse in these pandemic situations. The homeless are starving. There are heroes out there bringing food and masks to the homeless, the doctors and especially nurses caring for Covid patients with masks they have had on all day and maybe two. I feel extremely lucky to be privileged right now. The poor always lose…it’s messed up. But on a positive note, my PR Campaign and Radio campaign had started before this and they are still going on. I just got great news this week that you ‘You Can’t Run Out Of Love’ got its first airplay on SiriusXM, which is huge! Meg Griffin a well-respected legendary DJ has a show called ‘Disorder’ on The Loft channel on SiriusXM. I heard it today! I was spun between Bob Marley and Iggy Pop. Amazing. And more to come! 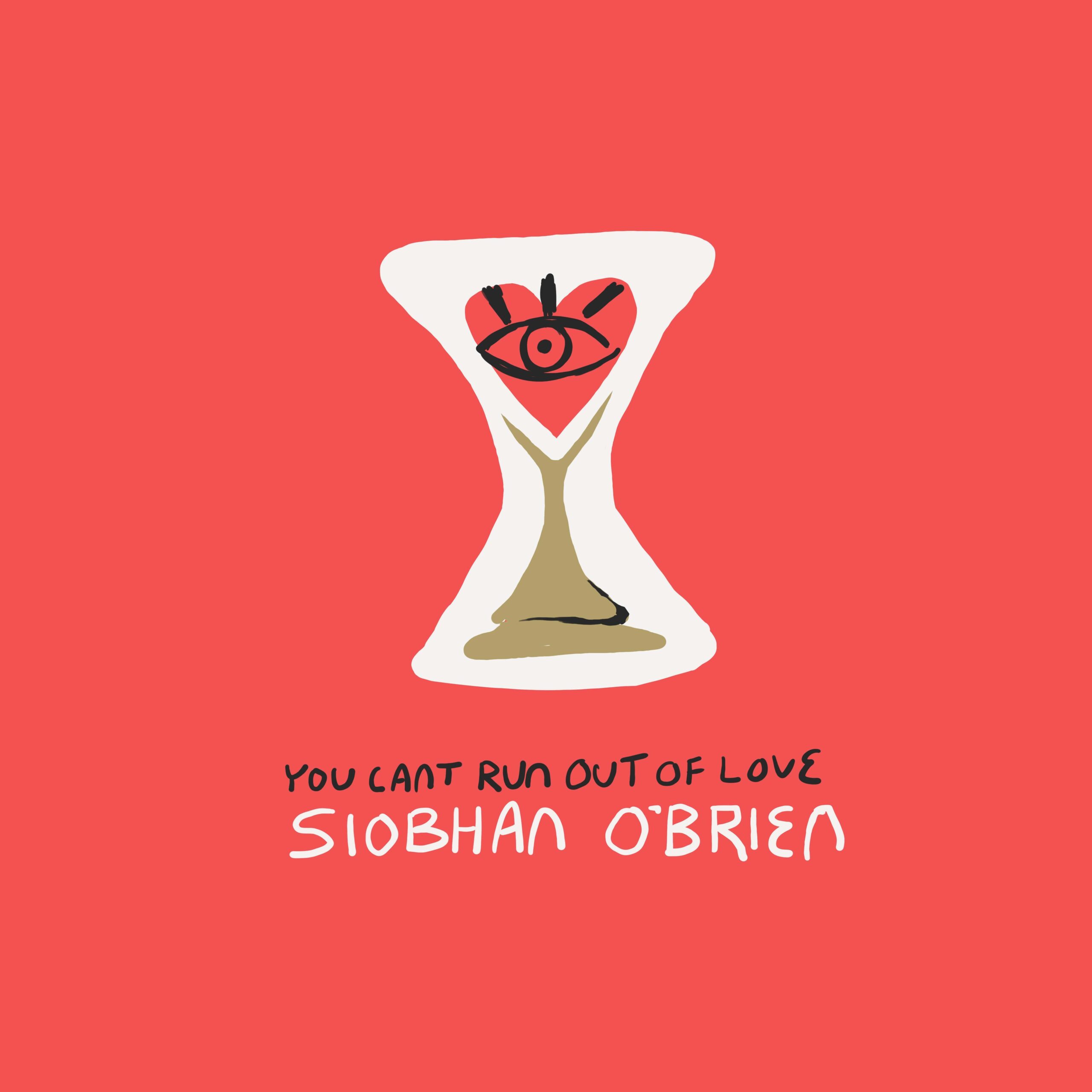 Pictured is the album cover for ‘You Can’t Run Out Of Love’.

Tell us about growing up in Limerick?

I grew up four miles outside town in the countryside. I had a happy childhood playing in nature, climbing trees, hatchin’ villainy as my Grandmother used to say… I was a swimmer until age 14, and then took up the guitar at 16. I wrote my first song four months later and started gigging at 18. My first gig was at The Old Stand with Ray Costelloe. I used to hitch into town to see Noel McLoughlin. He was the first person to ever get me up to sing. It was Brewsters in Lahinch. Later I hung out in Buddies Bar where I was taught about the blues and rock music. I went to see Joe Browne and learned about good country music. I loved the O’Malley’s original songs. Peter Donnelly’s ‘We’re All Green’ could be a hit today anywhere… I remember I was 18 and I hitched out to Shinrone, Co. Tipperary with my boyfriend at the time to see Arlo Guthrie. The next night we saw Ted Hawkins at The Old Savoy. I was on a high most of the time…it was amazing. I couldn’t get enough music and it was all there right in front of me.

I miss my son, my family and friends and Limerick…but I had to do this. I was stale. I couldn’t ignore my soul any longer. Thank you for asking me for an interview. I hope to bring this album out in Ireland after COVID. And hopefully a tour with my band… We live in hope! Siobhan O Brien Siobhan O Brien

WATCH: Limerick-born WWE star Becky Lynch announces her pregnancy as she takes a step back from the ring