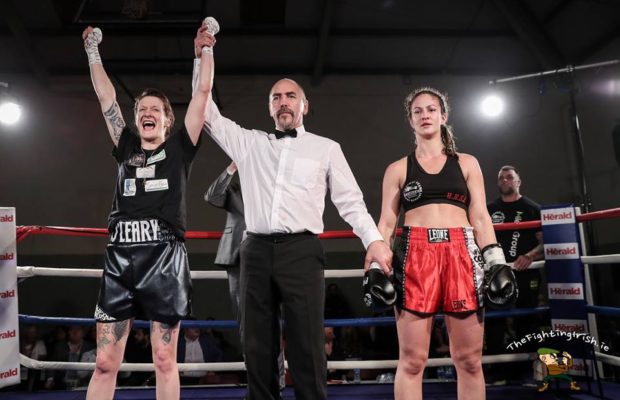 Pictured is Siobhan O’Leary who will be competing in a title fight this Friday, January 31 in Scotland.

Siobhan O Leary will head to Scotland at the end of the month for a breakthrough title fight.

The Kerry-born Limerick-based puncher will face Scottish-based Greek Eftychia Kathopouli [3 wins, 1 loss] for the Celtic Nations title at the Gilvenbank Hotel in Glenrothes Friday, January 31. Initially due to take place last September, the entire show was canceled. However, now O’Leary is determined to take her chance and win her first professional belt.

The straight-talking big-punching super featherweight has made no secret about her desire to be fast-tracked and now will box for a title in just her fourth fight. O’Leary said, “I wasn’t expecting it to come this quick, but when I reflect on it, why wouldn’t it? I need to be moved quickly and there is a smaller pool too. I don’t have the time to hang around. I am not 19 or 20. It is what it is. I am not going to be here in four or five years. I am here to do what I can do in a shorter time. If I have to take risky fights then I have to take risky fights. I don’t think this one is risky, I think I will knock her out. Of course, I am going to say that though.” 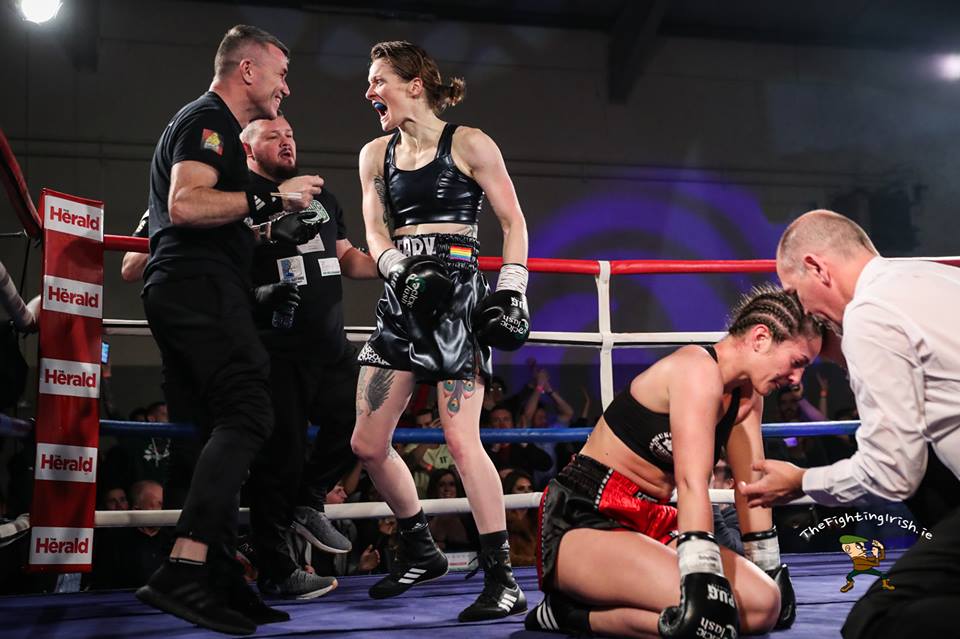 Siobhan O’Leary celebrates after knocking her opponent down in a recent bout. O’Leary will be fighting for the Super Featherweight Title this Friday, January 31 in Scotland.

The 37-year-old [3 wins, 2 knockouts, 0 losses] is obviously massively confident ahead of her clash in the Highlands with home favourite Kathopouli. O’Leary said, “if I am to worry about traveling or going to Scotland I may as well keep boxing journeywomen for the rest of my career. What’s the point of that? I am confident I can win, and it doesn’t matter where it is. Our team is confident. I go over there confident of bringing back the title. Apparently, this girl thinks she can knock me out so bring it on. They reckon it’s a 50-50 fight, we will see.”

This Friday will showcase O’Leary’s first six-round fight and a win would then put her in a position to be part of the first-ever women’s Irish professional title fight versus Monaghan’s Elaine Greenan a team-mate of Kathopouli.

She said, “It’s a massive fight and I am looking forward to it. Winning a title is a big accomplishment, but it opens doors too. For me, it paves the way to that Irish title fight. I want to be one half of that historical fight and play my part in Irish boxing history. I would be honoured, humbled and grateful for that to come into my life of course and this is a major step to that.”