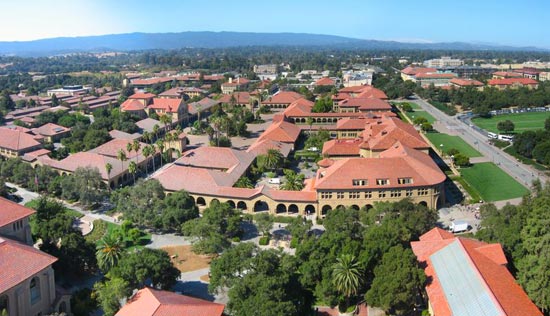 Limerick City and County Council has signed a Memorandum of Understanding with Santa Clara, California to formulate a Sister City relationship in a bid to strengthen economic and civic ties between the two cities.

Cathaoirleach Cllr Kevin Sheahan was joined at the Sister Cities International Conference in San Jose California by Mayor of Santa Clara, Jamie Matthews, to sign the agreement which aims to increase economic development, cultural exchanges, educational opportunities and technical exchanges between both cities. The establishment of a permanent relationship will also increase awareness of both Limerick and Santa Clara as being centres for education, innovation and business development.

Limerick man John Hartnett – now a hugely influential figure in Silicon Valley and the driving force behind a range of initiatives and organisations, including the Irish Technology Leadership Group (ITLG) – initiated links between Limerick and Santa Clara seven years ago.

Cathaoirleach, Cllr Sheahan explained that one of the key actions from the ITLG conference held in Limerick in January was to deepen the connection between Limerick and the heart of Silicon Valley.

“A framework was created with the ITLG and Limerick to provide a gateway to Silicon Valley for Limerick and the Mid-west through trade and business development opportunities,” he explained. “This effective partnership between the ITLG and Limerick will enhance job creation opportunities for Limerick and Mid-West based businesses and share resources such as expert knowledge and specialist facilities. Limerick and the Mid-West will also have access through the ITLG to advice and guidance for the benefit of its entrepreneurs and policy makers. We hope to foster annual reciprocal business missions to promote investment, innovation and education between Limerick, the Mid-West and Silicon Valley.

He continued: “Being a sister city of Santa Clara provides us with an opportunity to promote Limerick in Silicon Valley and opens us to more partnering and investment opportunities with US companies. The relationship will enable reciprocal benefits for Limerick City and County Council, Limerick Chamber, Limerick Institute of Technology, the University of Limerick and Shannon Airport and will allow us engage in suitable promotional and public relations activities in promoting Limerick as a European Technology Cluster.”

Cllr Sheahan said there are close to 5000 people living in Santa Clara of Irish descent and there are also many civic and cultural reasons to develop this relationship further particularly as Limerick celebrates its reign as National Irish City of Culture.

Limerick is the first Sister City for Santa Clara for more than 30 years.  Schools from Santa Clara have enjoyed exchanges with the Redemptorist and Salesian Schools in Limerick while bands from the Californian city have taken part in the Limerick International Band Championship for a number of years. Exchanges have also taken place between both Irish and US Rotary Clubs based in the localities.

“Both our cities are going through transformations in terms of economy and technology and there are opportunities to build a relationship that will be mutually beneficial,” said Kathy Watanabe, President of the Sister Cities Association. “We want to go beyond student exchanges. We want to promote environmentalism, entrepreneurship, culture and athletics and among Santa Clara University and the University of Limerick. We hope to establish a Limerick committee to oversee the development of this new relationship.”

Limerick has now joined Coimbra, Portugal and Izumo, Japan as one of Santa Clara’s Sister Cities.