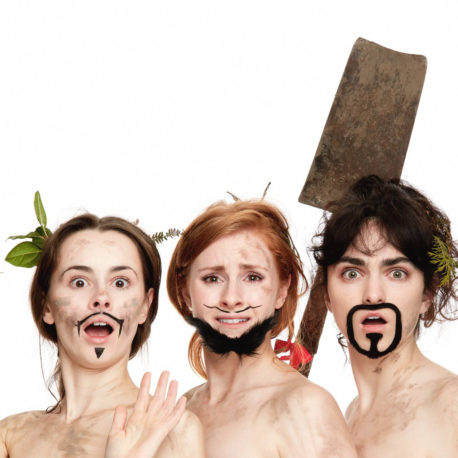 An innovative new piece of writing by Irish playwright Niall Carmody, receiving its world premiere at the 2018 Edinburgh Fringe. Directed by Niall Carmody & Shane Hickey-O’Mara, performed by Eleanor O’Brien (Ger), Johanna O’Brien (Jo) and Maria Oxley-Boardman (Fran). The play has gotten rave reviews with The Edinburgh Playhouse calling it a “Fantastic new black comedy and a real gem of a show.”

Fran, Jo, and Ger Conrad live in isolation. They spend their days vigorously preparing for an attack that may never occur. Their best form of defence? Fake beards! The Sisters of CastleKnock House is a black comedy that explores the bond between three sisters as their world crumbles around them after the sudden death of their autocratic father. They are faced with their worst fears as they scramble to find their place in this new reality.

“Fantastic new black comedy … a real gem of a show” – The Edinburgh Playhouse.

“The Sisters of Castleknock House is funny, with quality ensemble playing and a surprising edge to its satire.” – Fringe Guru

For more information on this year`s Fringe Festival, click HERE