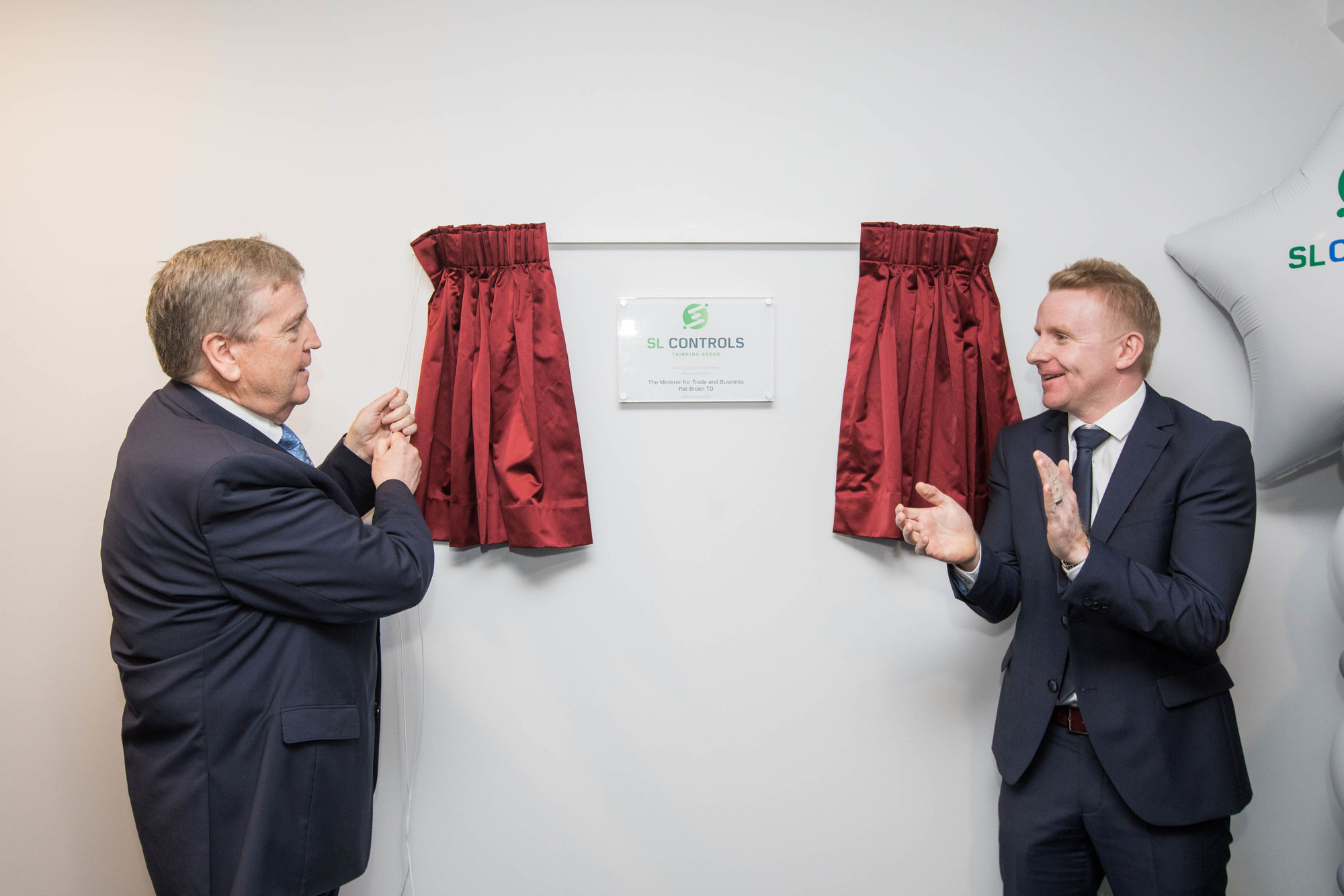 This opening of the new branch, which is located at the National Technology Park in Plassey, increases the Irish company’s number of offices to five. The specialist software integration firm already has bases in Sligo, Dublin, Galway and Birmingham.

SL Controls is a leader in the integration and validation of software systems into manufacturing and process equipment, working with world-leading brands in the Pharma, Medical Device, Healthcare and Food & Beverage sectors.

In April this year, SL Controls announced that it would be creating 40 new full-time jobs over the next 12 – 18 months, bringing its total workforce to 104.

The opening of the Limerick office accounts for 20 positions of that job announcement with 10 hired since April and another 10 to be recruited within the next six months. The other 20 jobs at Limerick were created before April’s announcement.

The strong economic growth in Limerick and the expansion of SL Controls’ client base in the Midwest – as well as in Munster — are two of the reasons behind the need to open in Limerick.

“SL Controls is an Irish company with innovation and global ambition and their expansion is great news for the region. Irish companies are creating and sustaining jobs in every town and village in Ireland. SL Controls has worked with Enterprise Ireland since 2002 to facilitate its drive and ambition to scale internationally.

“With highly skilled graduate level employees, the company is supporting employment at home while also winning business both in Ireland and overseas. I am delighted to see the company expand in the Midwest region and wish SL Controls continued success as it develops its customer base and makes plans for future growth.”

Keith Moran, SL Controls Managing Director and co-founder, said:  “Our business has doubled in size over the last few years and the expansion of our regional offices is key to our growth, placing specialist software engineers directly in the areas where we operate. Opening in Limerick allows us to create clear career paths for our employees as well as stability for our customers in Limerick and the Midwest region.

“Our aim is to provide full-time, secure employment for our staff in the region so they have the opportunity to work close to where they live. It also provides our clients with consistency of service and the knowledge that the SL Controls people they are working with are staying in the Midwest long term.”

SL Controls clients in the Midwest include large multinationals working in the pharmaceutical and medical devices sectors. Its Limerick office is located at the National Technology Park in Plassey and is headed up by Mick McHale, Operations Director, and Dermot McMorrow, Compliance Director.

For more strories on business in Limerick click here