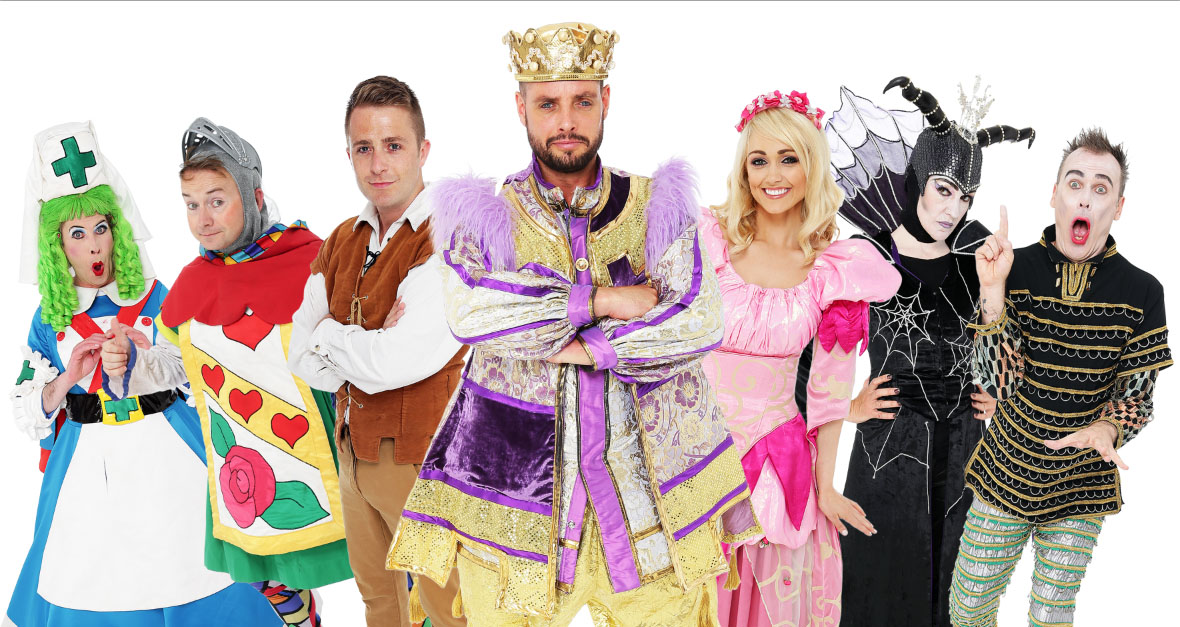 Richard with Hilda Fay, George McMahon, Keith Duffy, Leanne Moore, Myles Breen and Richie Hayes who are all coming back for Sleeping Beauty this Christmas!

The pantomime of your dreams is coming to Limerick this Christmas at the University Concert Hall. From the team that brought you last year’s smash hit sell-out show Jack and the Beanstalk comes this year’s much anticipated Limerick Panto 2015, Sleeping Beauty at UCH.

Richard Lynch is again one of the stars of the show and he says: “I am thrilled to be back acting alongside all the gang from last year – Keith Duffy, George McMahon, Richie Hayes, Leanne Moore and Myles Breen.

“It is an honour to play alongside Keith who has had an amazing career as part of one of Ireland’s most successful pop acts Boyzone. Alongside his work with the band, Keith presented a number of television shows, had a successful acting career and has been an active patron of Irish Autism Action for several years. Keith is a great friend and is a true professional team player. We had an absolute ball last year and I am thrilled he is back.”

Richard added: “The role of the Dame is being played again this year by Limerick Panto veteran Myles Breen, Fair City’s “Mondo”, George McMahon, stars as the Prince, while Voice of Ireland and Celebrity Bainisteoir contestant Richie Hayes takes on the role of his best friend. My lovely friend Leanne Moore plays the Princess and gets to sing some great musical numbers and her voice is in tiptop form. This year there is a new addition to our cast, the lovely Hilda Fay who previously played “Tracey” for years in Fair City as the Wicked Queen and I will be playing her evil sidekick. With the biggest show-biz names in Panto, glitziest costumes, stunning sets, all the year’s rockin’ tunes and more laughs than you may be able to handle, it would be wise to book early as tickets are already selling fast.”

Following the success of the first Sensory Friendly panto performance last year, there will be one of Sleeping Beauty at UCH on Wednesday December 23 at 2pm. This will be thought out for children with special needs, with lower music, brighter lights and an absence of sudden noise or banging making this performance more accessible for some families. The show runs from December 16 to January 3.

Get your tickets here.