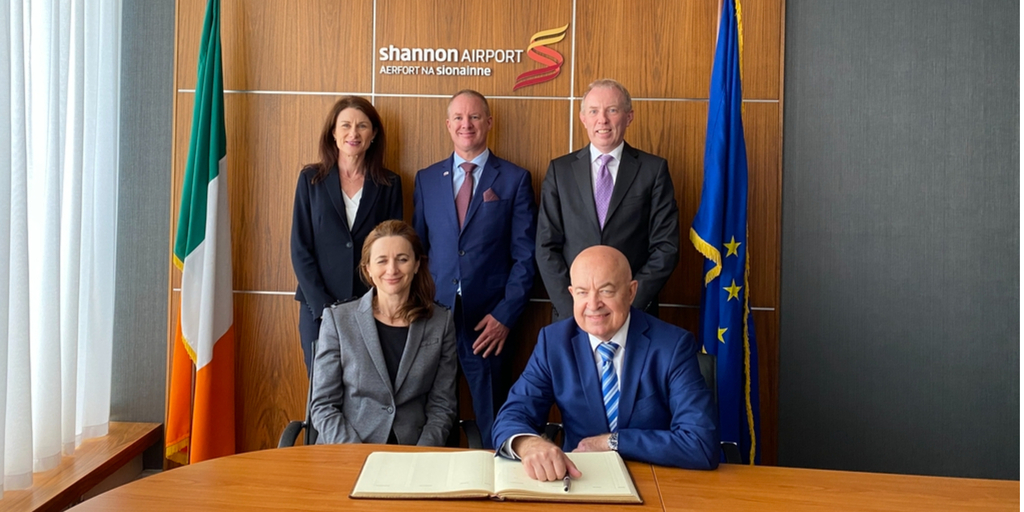 Ambassador of Slovenia to Ireland, Stanislav Vidovič, was accompanied on his visit to Shannon Airport by his wife Lilliana Vidovič, Liam Maloney, Honorary Consul of Slovenia for Ireland, and Senator Timmy Dooley.

Mary Considine, Chief Executive Officer of The Shannon Airport Group, said, “We were delighted to have the opportunity to welcome his Excellency Ambassador Vidovič to Shannon. It gave us an opportunity to explore areas for future collaboration and showcase the initiatives we have undertaken across our Shannon Campus.”

Stanislav Vidovič came to Limerick in March of this year. Mr. Vidovič paid a visit to the Hunt Museum for the ‘BELONGING’ Exhibition. The exhibition took place from February 10 to April 24 this year. The major exhibition featured 82 works by European Artists, from all 27 EU states plus the UK, on loan from the European Investment Bank (EIB) art collection, including art from Slovenian artist Jošt Franko.

For more information on The Shannon Airport Group, go HERE