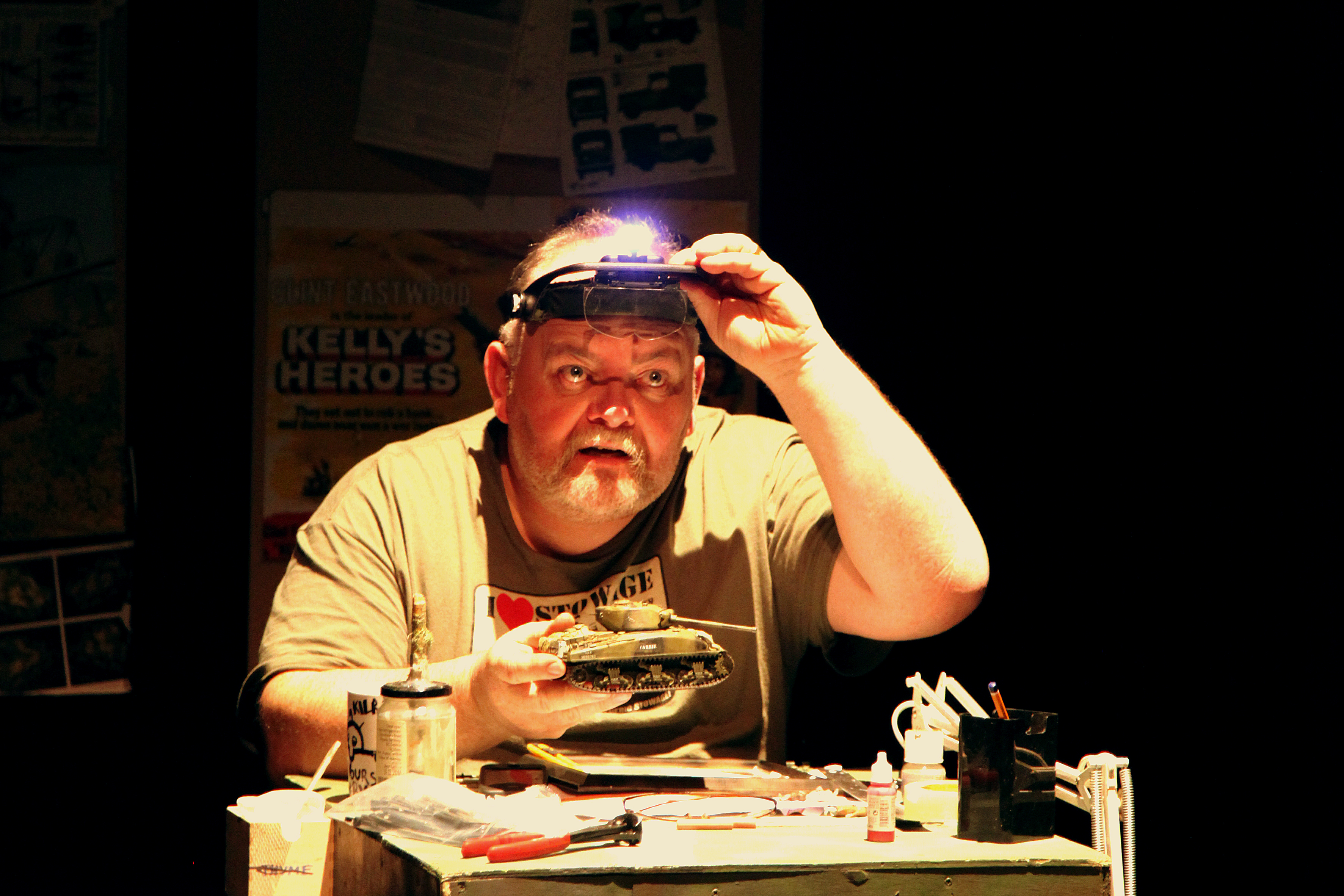 Small Plastic Wars presents the amusing account of how one man turned an unfilled dream to bridge the void of unemployment and recession.

Joe is in total control of his world. It’s a pity that it exists only in 1/35 scale and is made of plastic. Meanwhile back in the real world there is a competition coming up and Joe just wants to be left alone to build his models and win best in show.

Unemployment has finally given him the time to enjoy his hobby of sticking bits of plastic together, but unfortunately his wife, his kids, the bank manager, his nemesis Hermann (whose real name is Brian), the checkout girl in Tesco and Angela Merkel have other ideas.

The show is written and performed by Pat McGrath, directed by Alan King and produced by Tom Dowling. The show will begin at 1.05pm on both Thursday 28th and Friday 29th August 2014. There will also be a tea time show on Thursday 28th August at 6.05pm.

“..Diamond of a show… terrifically realised by Pat McGrath as Joe, in an understated tour de force…hilariously conjured… Not just for anoraks or reformed modellers, this is one not to miss!”Irish Theatre Magazine

To book tickets to the Small Plastic Wars show you can call The Savoy on 085-8554341 or visit their website www.limericktheatre.com

For further enquiries or details on the show please contact: [email protected]

Have a love of theatre? Read more about theatre in Limerick by clicking here!