The summer is here! The Sunshine abounds, a successful Riverfest took place over the weekend in the city and Bottom Dog continue to bring you the best theatre Limerick has to offer.

Having launched their 9th season with the Irish premiere of Drinking In America at Belltable and sold out their rehearsed readings series Four Theatre Plays at No.1 Pery Square Hotel, Bottom Dog bring you to yet another empty space for their next production SMALLONE – this time in a site specific location at 74 O’Connell Street, Limerick 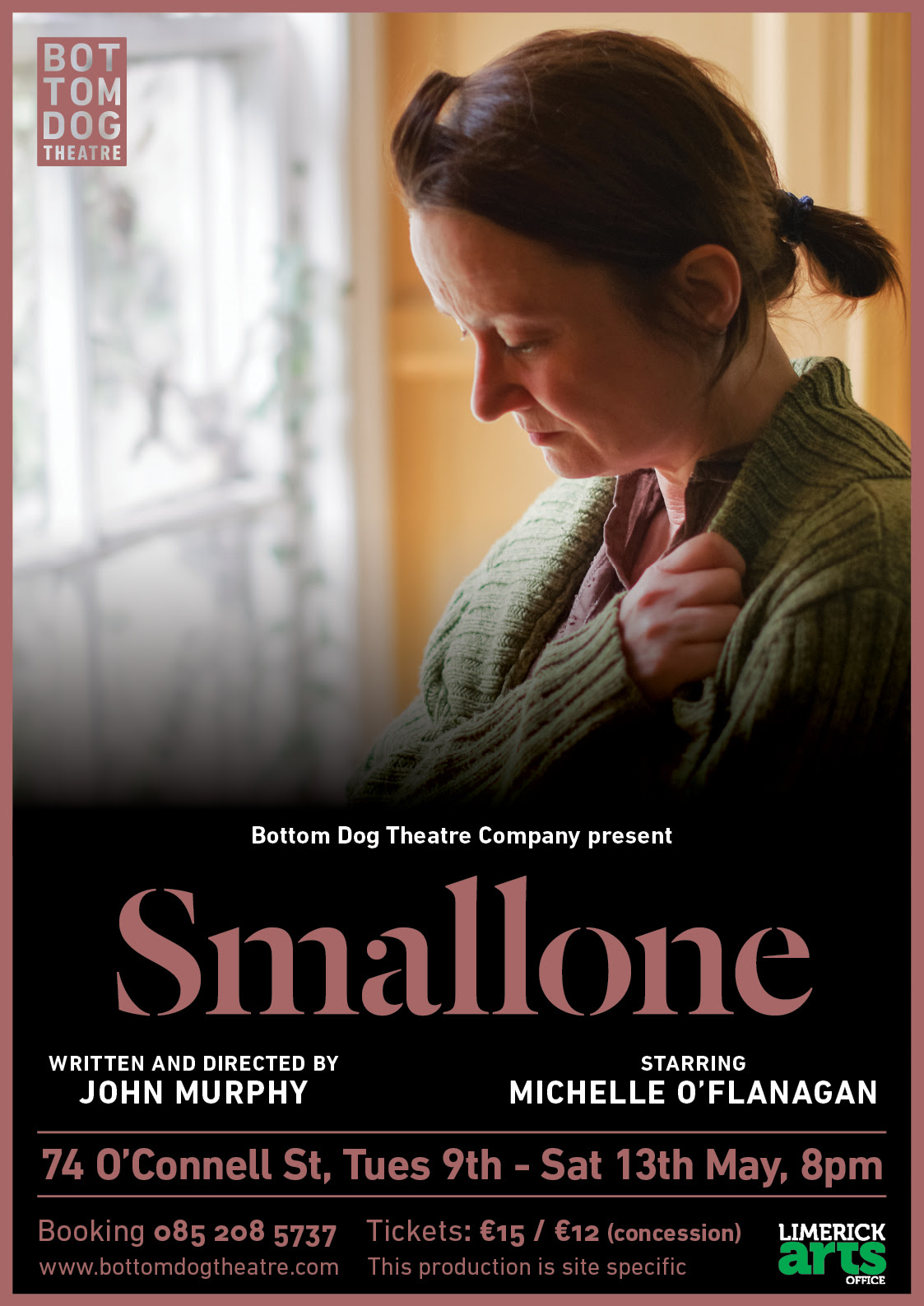 Written by Bottom Dog ensemble member John Murphy, Smallone was originally performed in a production in 2006 which eventually toured to the prestigious Centre Culturel Irlandais, Paris in 2010.

Having been approached by local actress Michelle O’Flanagan to perform the show, Bottom Dog agreed to produce but are taking the show in a new direction. Helming the piece himself this time, writer John Murphy decided to take it out of a conventional theatre space and into the grimy, authentic reality of a room in an old Georgian building in Limerick. Following the huge success of their last site specific production – their award nominated production of What Happened Bridgie Cleary in 2013 – Bottom Dog continue to open up Limerick city’s found spaces to present their work in a variety of venues and intriguing locations.

The protagonist of Smallone ‘Mingey’ loves her cats, loves club milk and loves Himself. She hates under the stairs, crow haired welfare officers, black dogs and the “snouts” who torment her. John has created the strange, darkly humorous world of Mingey – a fascinating character whose language is quirky and childlike, whose passions are extreme and whose story is emotionally riveting.

“I told him, ‘there’s plenty more fish in the sea’. But he knew and I knew that that was a pile of useless shite cos fish are slippery and hard to keep a hold of.” – Mingey

Tickets are priced at €15 and €12 concession. So do come along next week 9th-13th May to 74 O’Connell Street (a few doors up from the Belltable) at 8 pm for SMALLONE, written and directed by John Murphy and starring Michelle O’Flanagan.