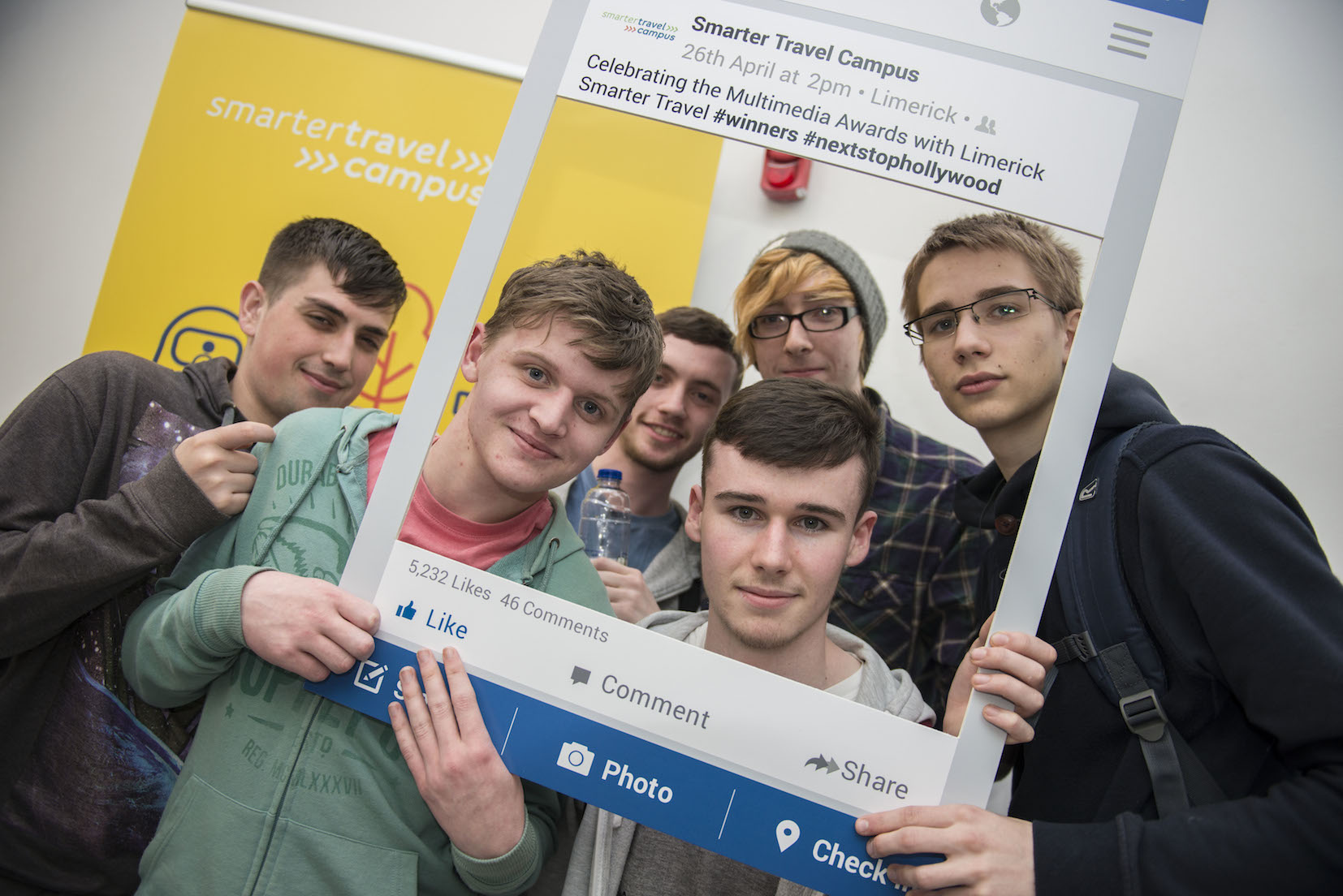 Students from colleges in Limerick have been awarded for creating fantastic videos, animations and poster illustrations for the National Transport Authority’s annual Multimedia Awards 2016 held in the Belltable, Limerick yesterday.

The entries produced by students encourage others to choose ‘smarter’ modes of transport, particularly walking, cycling, public transport and car sharing, while a few entries even included skateboarding.

“We are delighted with the quality of entries that we received and our judges were equally impressed.  The students’ multimedia entries were both entertaining and captured the positive aspects of making smart transport choices for the journey to college, ” said Anne Graham, Chief Executive Officer, National Transport Authority.

Miriam O’Donoghue, Project Manager with Limerick Smarter Travel highlighted the importance of such awards: “The National Transport Authority’s Multimedia Awards not only showcase the smarter travel options that Limerick has to offer but provides us with some amazing imagery of our city produced by extremely talented students from our local campuses. The images created by the students and the relationships created will add a new dimension to the Limerick Smarter Travel programme, funded by the European Regional Development Fund (ERDF) and the Department of Transport, Tourism and Sport.”

The overall winners of this award were Kate Healy and Laura Meaney from Limerick Institute of Technology for their fantastic video Walking isn’t that ruff and Lisa Lorraine Hester from Limerick College of Further Education for her magnificent artistic illustration.

“The awards offered us a great opportunity to put into practice what we study during our course at LIT. The concept for our video was to explore the historic streets and forgotten beautiful locations in and around Limerick from the perspective of our wonderful actor Hooch, the dog. We are just over the moon at winning the award and representing Limerick in the Smarter Travel Multimedia Awards” said winning student Kate Healy.

“The Smarter Travel Multimedia Awards offers the students an excellent environment to showcase their creative and digital story telling skills within a real world scenario. We are delighted to have won the award in 2015 and to win again this year demonstrates the high calibre of both our students and our programme,” added Denise McEvoy, Lecturer BSc in Multimedia Programming & Design.

The winning entries can be viewed on www.smartertravelawards.ie