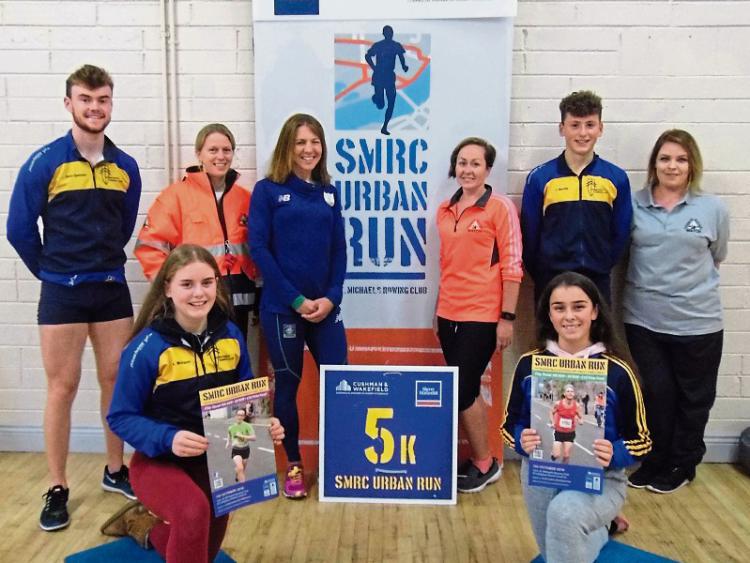 SMRC 6th urban run is returning on its way!

The SMRC Urban Run will be Limerick’s first zero waste 10k! and marks the launch of ReUse Month, which will have events taking place over the next few weeks to promote re-using, re-purposing, or upcycling.

Mayor of the City and County of Limerick, Cllr James Collins said: “This is a fantastic initiative and it combines two important aspects of our lives – keeping fit and helping to keep the environment clean. I want to applaud St Michael’s Rowing Club for doing something about the amount of rubbish left following last year’s run and help make a difference for our city and our environment.”

“I would encourage other clubs and groups to get on board and do the same.”

The decision to have a zero waste race follows last year’s very successful run after which SMRC members had vivid memories of the many plastic bottles they had to pick up throughout the course.

Many of the bottles only had a couple of sips taken out of them. Club Captain Brian Richardson felt the need to do something and contacted Limerick City and County Council’s Environment Awareness Officer for guidance and assistance.

Both have been working in partnership to ensure this year’s event eliminates/ significantly reduces plastic bottle waste.

Sinead McDonnell, Environment Awareness Officer with Limerick City and County Council said: “We are delighted to support St Michael’s Rowing Club with this fantastic reuse initiative. It is wonderful to see a club taking on an environmental issue and coming up with solutions and being prepared to trial them. The #RunReuseRefill glasses will be available for other similar initiatives across the city and county.”

“A case study on the event is planned with the aim of seeing what has worked and what hasn’t and how to improve the initiative in the future. It will also be used to inform the environmental policy within the council for similar scale runs in the future.”

Winner of the 5k run last year in a very impressive time of 16:42 was Dooneen AC’s, Kevin O’Grady. Kevin was aged just 16 and shows huge potential. Equally impressive was the first female in the 5k, even younger than Kevin and fellow Dooneen athlete Ms Sarah Butler. Sarah was not yet 13 years old and finished in 20:30.

Sherry Fitzgerald has again come on board as the prime sponsor for the  SMRC 6th urban run and they looked forward to supporting this St.Michael’s Rowing Club led community event, which validates Limerick’s reputation as Ireland’s sporting city.

The event’s Charity partners are City Suicide Prevention Patrol, who do so much to prevent suicide by patrolling in the city and making interventions when necessary. The event is also run in conjunction with GROW Ireland Limerick Mental Health Association.