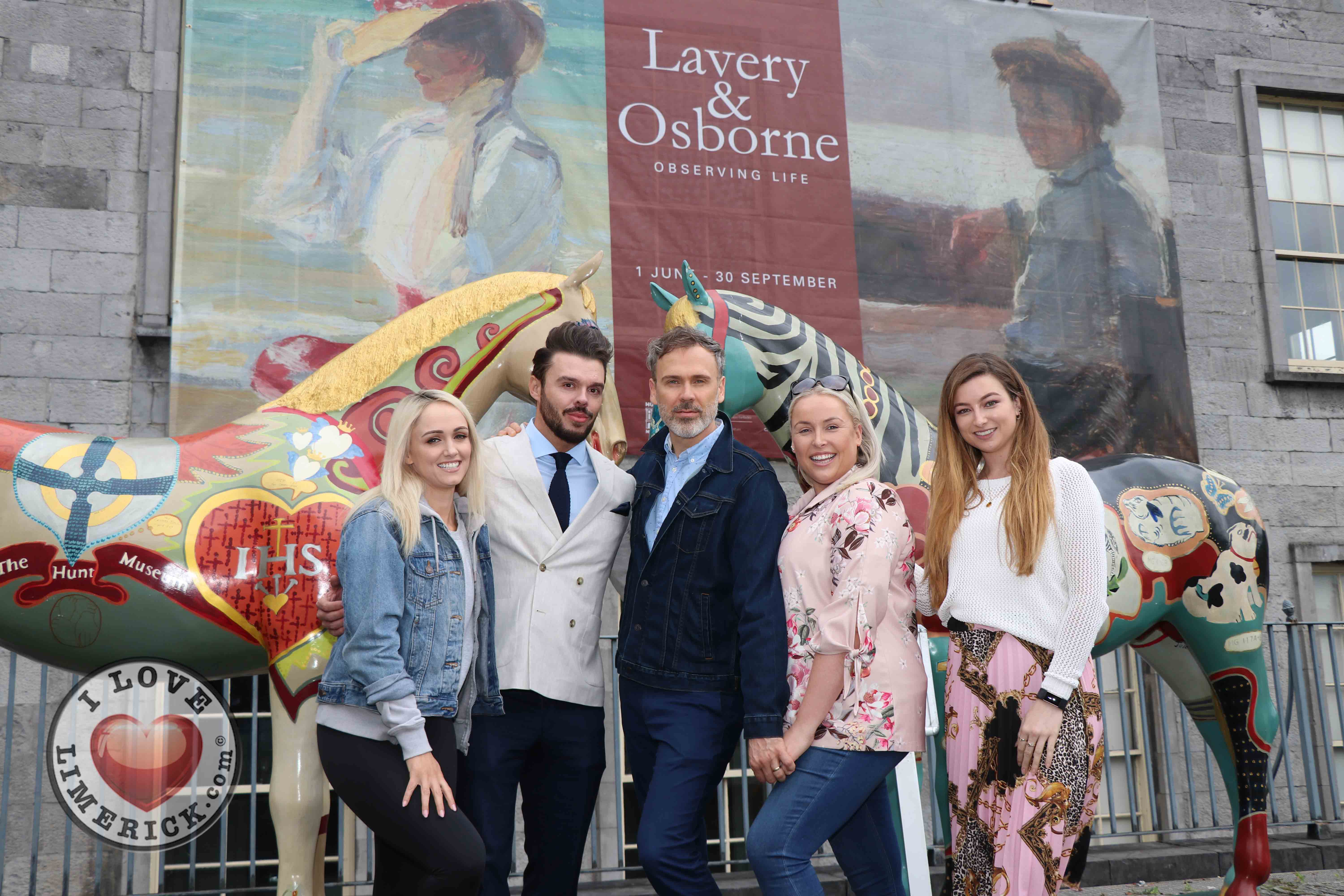 Some of the most well-known social media influencers in Limerick have come together to support the ‘Lavery and Osborne: Observing Life’ exhibition which runs at the Hunt Museum throughout the summer until Monday, September 30, by selecting their favourite piece of art from the collection.

Amongst the social influencers who were involved were Richard Lynch, Celia Holman Lee, Meghann Scully, Patrick McLoughney, Leanne Moore and Sinead O’Brien. The six social influencers split into pairs, with each pair selecting a piece of the Lavery and Osborne collection that they admired the most.

Members of the I Love Limerick team were on location at the Hunt Museum to film short promotional videos of the social media influencers speaking in detail about their favourite pieces of the exhibition and why everyone should make sure to visit the exhibition before it departs the museum on Monday, September 30.

Richard Lynch, founder of I Love Limerick, said, “I really wanted to get involved in supporting the exhibition at the Hunt. The Hunt Museum is the cultural gem of Limerick city and so I want everyone in Limerick to visit and support the exhibition, and more importantly the Hunt Museum.”

The ‘Lavery and Osborne: Observing Life’ exhibition features Irish artists, Sir John Lavery and Walter Frederick Osborne. Both born in the mid-nineteenth century, these renowned artists lived parallel lives as Irish painters who travelled overseas to develop their artistic talent. The exhibition places the two artists side by side for the first time. It is said that they never met, but both were offered knighthoods and both were subject to the same artistic influences including that of James McNeill Whistler.

A total of sixty-two pieces are being exhibited and the majority of them are from private collections travelling from the United Kingdom and the United States, with a few from other Irish galleries including the Crawford Art Gallery, Ulster Museum, and Limerick City Gallery of Art.

Richard and Celia previously took part in a photoshoot project called VanGoYourself to promote the ‘Lavery and Osborne: Observing Life’ exhibition. They re-enacted Lavery’s painting, with Starsky, owned by Sinead Hutchison, ‘Stars in Sunlight,’ which depicts Maureen O’Sullivan and Loretta Young relaxing between scenes in Hollywood.

VanGoYourself is a European project which was co-founded by the European Commission to enable and promote the greater re-use by creative industries of cultural heritage resources.

VanGoYourself allows visitors to discover and enjoy art in a whole new way …Visitors to Exhibition can re-enact the painting for themselves. They can become the painting using their own visually creative take on the artist’s work. People visiting the exhibition can recreate an Osborne or Lavery painting, by taking a snap of their version of the painting, uploading it to VanGoYourself, which twins their image with the original artwork for sharing on social media, immortalising their artistic talent for all to see!

Meghann Scully, social media influencer and presenter, said, “This Lavery and Osborne exhibition is amazing and it’s only here until September 30, so whether you are around Limerick city or county, or even further afield, make sure to get here to the Hunt Museum and check it out, as this once in a lifetime opportunity.”

Share your experience at the ‘Lavery and Osborne: Observing life’ exhibition on social media by using the hashtag #vangoyourself and tagging the @huntmuseum.

Tickets for the ‘Lavery and Osborne: Observing life’ exhibition can be purchased here.

For more stories on the Lavery and Osborne exhibition, go here.

For more information on the Hunt Museum, go here.