By Richard Lynch on November 5, 2018@richanthon 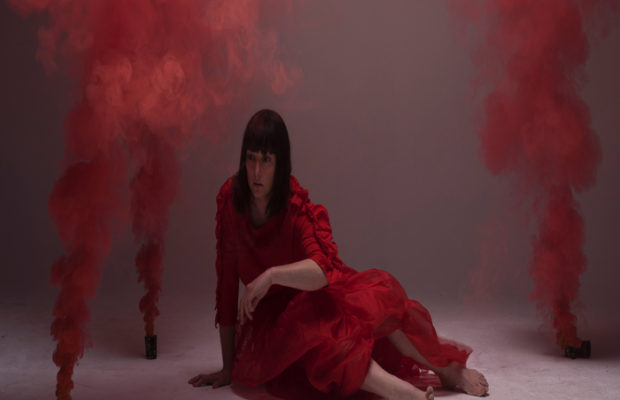 Junk Ensemble, one of Ireland’s leading voices in dance theatre, is bringing their critically acclaimed production Soldier Still to Dance Limerick on Thursday, November 22 at 8 pm.

This beautiful and haunting tale of trauma was created out of series of interviews with current and former soldiers from the Irish Defence Forces, The British Army and the Bosnian war, and explores the after effect of war, the retirement of a soldier and the indelible traces left behind.

A combination of dance and theatre and gorgeous design performed by four exceptional dancers and former Captain, Dr. Tom Clonan, the production is a poetic and human perspective of the impact of violence. Blending movement, text, music, real stories and real people, Soldier Still explores the vulnerability, the viciousness and the trauma of violence.

Awarded five stars by The Arts Review, who wrote of its ‘raw power and a palpable elegance … Not to be missed’, the production was awarded four stars by The Irish Times and also by The Reviews Hub, who described its ‘dynamic and rich contemporary contemplation of the trauma of militant violence … Powerful.’ The stunning and simple set design is an active participant in the piece, accompanied by a visceral sound design. Soldier Still won the Best Design Award at Dublin Fringe Festival 2017 and was nominated for Best Production and Best Ensemble.

Previous Artists-in-Residence at Tate Britain, multi-award-winning Junk Ensemble have built a reputation in Ireland as dance innovators.  The company was founded by twin sisters and Artistic Directors Megan Kennedy and Jessica Kennedy to engage diverse audiences through the creation and presentation of brave, imaginative and accessible dance-theatre work that sheds light on important human issues relevant to society today. Their work has toured to New York, Europe, and throughout the UK and Ireland.

Soldier Still was originally created with an Arts Council Dance Project Award and was a co-production with Mermaid Arts Centre and Project Arts Centre.  Supported by Dance Ireland and Dance Base Edinburgh.

The Autumn 2108 tour is supported by an Arts Council Touring Award.

About Dr. Tom Clonan: Dr. Tom Clonan is one of Ireland’s foremost Whistleblowers. As an Army Officer in Ireland’s Armed Forces, Dr. Clonan completed ground-breaking doctoral research on the Irish Defence Forces (2000), which led to an independent government enquiry, ‘The Study Review Group’. This report fully vindicated findings as they applied to bullying, sexual harassment and the sexual assault of soldiers within Ireland’s armed forces. Dr. Clonan is Security Analyst with the Irish Times. He is the author of two books: Blood, Sweat and Tears and Whistleblower, Soldier, Spy.