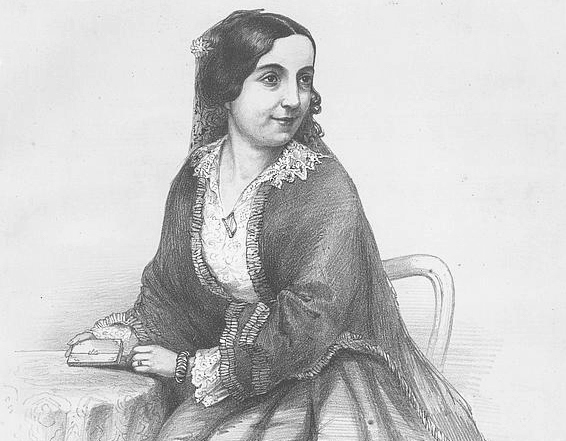 Details have been announced of a series of events in November celebrating the 200th anniversary of the birth of Limerick-born soprano Catherine Hayes who rose to international fame in the mid- 1800s.

Led by the Hunt Museum and supported by Limerick Arts Office and Limerick City and County Council the events will include:

As a historical figure, soprano Catherine Hayes is important to Limerick. The Opera site in the city centre is named after her. Organisers of the 200th celebrations believe the event, therefore, resonates with Limerick Cultural Strategy under the Limerick 2030 Economic and Spatial Strategy which aims to place culture at the heart of the economic growth and regeneration of Limerick.

The 200th-anniversary celebrations aim to change this by attracting a diverse audience to these series of events via our marketing, PR and social media activity as well as the numerous local musical and historical groups who will find the Catherine Hayes angle of interest.

Central to the 200th-anniversary commemorations will be a gala concert celebrating the life and work of Catherine Hayes which will take place in St Mary’s Cathedral on Hayes 200th baptism day. Featuring soprano Sarah Dolan, tenor Patrick Hyland and the Voices of Limerick choir and orchestra under the baton of Sinead Hayes, the concert will include selections from operas by Bellini, Donizetti and Verdi and some favoured Irish Art Songs by Thomas Moore Balfe and G. A Osborne (Organist in St Mary’s Cathedral during her life) as well as her party piece Kathleen Mavourneen, will be performed.

There will be a pre-concert supper at the Hunt Museum café, and proceeds from the combined ticket will go towards planned Hunt Museum refurbishment works.

Speaking at the launch of the Catherine Hayes 200th anniversary celebrations, Hunt Museum director Jill Cousins said: “Catherine Hayes is a name that is synonymous with Limerick. She travelled the world as an internationally recognized soprano but she has all but disappeared from Limerick’s known heritage.  She sang in the European Opera Houses of La Scala, Milan, Covent Garden, London contributing to the culture of Europe, and was a contemporary of Jenny Lind, but unlike Lind has not retained that worldwide recognition. It is therefore particularly fitting that the 200th anniversary of her birth in November is connected to the European Year of Cultural Heritage”.

“Reintroducing the Catherine Hayes story will give her deserved recognition in her hometown. Her story will surprise, fascinate, educate and stir debate.  The video-installation will also be made available online enticing new international audiences.  The mixed offering of music, exhibitions and video gives new life to this Limerick icon and her world influence”, Cousins said.

Speaking at the launch Sarah Dolan said: “Opera has much wider appeal than the elite that attend concerts, proven by Catherine herself who played to California Miners and has a namesake street in Grass Valley in California. This concert aims to reintroduce the Catherine Hayes story will give her deserved recognition in her hometown. Her story will surprise, fascinate, educate and stir debate”.

“The mixed offering of music, exhibitions and video over the course of these 200th-anniversary celebrations will take opera onto the streets and allow people from very different backgrounds to engage with a Limerick icon and her world influence”, she said.

Full details of the Catherine Hayes 200th anniversary celebrations in Limerick this coming November can be found on the Hunt Museum’s website (www.huntmuseum.com).

Tickets for the 200th anniversary Gala Concert and supper in Hunt Museum on the 8th November in aid of the Hunt Museum refurbishment works go on sale on Tuesday, October 9th at 9 am and can be purchased via www.dolans.ie, by contacting the Dolans box office or at the Hunt Museum.

For more stories on the Hunt Museum go here.

For more information on the Hunt Museum events go here.