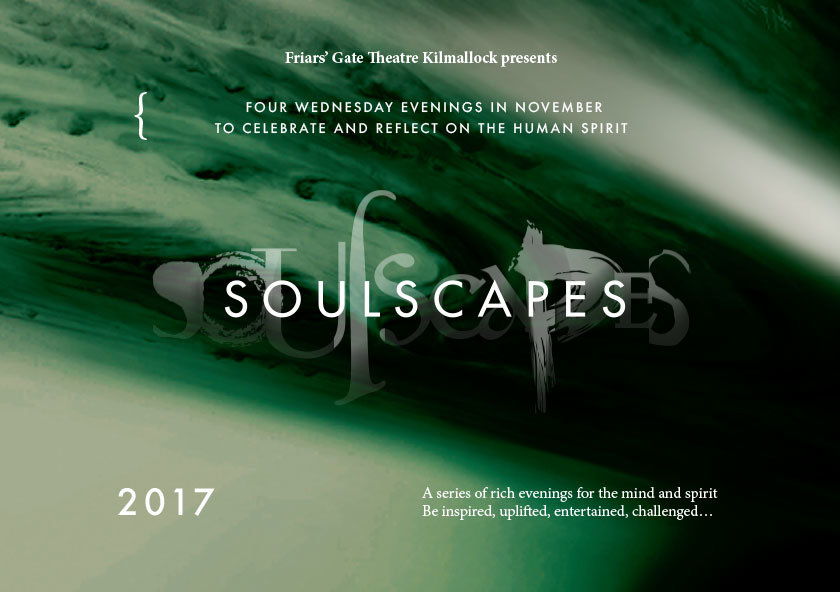 The medieval town of Kilmallock provides the atmospheric backdrop to SoulScapes, a series of talks which will be held during November and will feature contributions from an eclectic and respected line up of speakers including John Lonergan, Dr Robyn Rowland, Helena Close and Diarmuid Lyng.

As November is traditionally a month for reflection and remembrance, SoulScapes thought it an opportune month as the series theme is reflection, remembrance and importantly in the times we are in, celebration of the Irish spirit.

On each Wednesday during November, they will host four rich evenings for the mind and spirit that will inspire uplift and entertain through.  People are encouraged to attend the whole series and enjoy the full gamut of experiences that is on offer over the four evenings.All talks begin at 8 pm.

SoulScapes opens on 8 November in Friars’ Gate Theatre with an evening entitled ‘How to be Happy and Content’ with John Lonergan.

John entered the prison service in 1968 and in the years that followed, he saw human nature at its worst – and often, unexpectedly, at its best.  He developed a deep understanding both of human nature and of Irish society.

On the second evening 15 November, Dr Robyn Rowland AO will present an insightful talk ‘Poetry as Witness: In search of the whole life’.  Robyn is an Irish-Australian citizen, visiting Ireland for thirty-four years, where she lives in Connemara.

She has written twelve books, nine of poetry. Robyn’s poetry appears in national and international journals and in over forty anthologies, including eight editions of the Best Australian Poems.  Robyn has been featured on the RTE Poetry Show, Ireland, as well as poetic and Earshot in Australia.  Prior to 1996, when Robyn was diagnosed with breast cancer and left academic life, she was Professor and Head of School, Social Inquiry, and Director of the Australian Women’s Research Centre at Deakin University.

In the 1996 Honours List, she was made an Officer in the Order of Australia by the Governor General on behalf of the Australian Government for her contribution to women’s health and higher education.

‘When there are no words’ with Helena Close takes place on Wednesday 22 November.Helena is a native of Limerick and has been writing full time for the past 17 years.  She has published seven novels, four of which were co-written.  Her short story “Harbour” was recently shortlisted for the prestigious Bridport International Short Story Prize.

She holds a Masters (first class honours) in Creative writing from University of Limerick and is currently lecturing in Creative Writing on the undergraduate programme there. She is also working on a new novel, a play and a TV series.  She was selected to participate in the Fishamble/ Belltable Connect Playwright Mentoring Programme 2016/2017.  She still manages to walk the dogs every day and attend Thomond Park to see her beloved Munster play.

Finally, Diarmuid Lyng will close the series with ‘Invoking Ireland’ on Wednesday 29 November.  Diarmuid is a former Wexford hurling captain, public speaker, media personality and founder of Facebook Free February.  He was the subject of a documentary on RTE called the Geansaí and he appears regularly on TG4 and Raidió na Gaeltachta.

Tickets can be booked at Friars’ Gate Theatre 063 98727.  Full information is available on www.friarsgate.ie.

For more stories on events in Limerick click here

A Belltable literary evening with Meaney, McInerney and Nugent