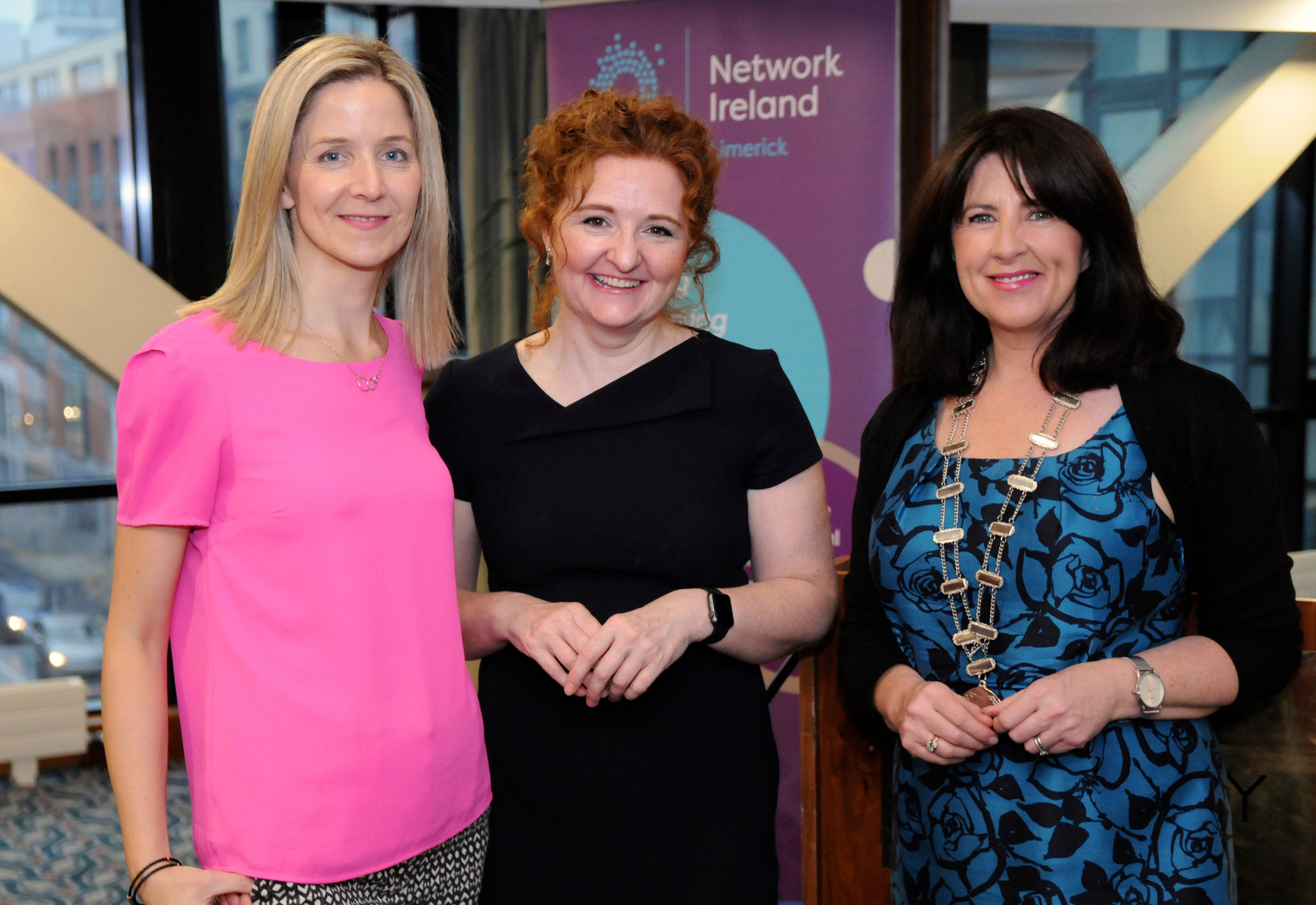 Future space colonist Dr Niamh Shaw encouraged women to dream big and believe the impossible is possible at a Network Ireland Limerick event which was held in the Savoy Hotel in association with LEO Limerick.

Women in business from across the region heard how Niamh has wanted to go to Space since she was 8 years old. But she did very little about it for a very long time and felt like “I was faking my life and wasn’t doing what I really wanted to do”.

In 2011 when she realised she wouldn’t become an astronaut, she decided to make her life an art experiment in exploring the pursuit of lifelong dreams, presenting her work in theatrical and other publicly engaged platforms. As part of this, Niamh plans to be a future space colonist, to contribute to human space exploration as an artist and communicator. To prepare for it, she participated in a zero-gravity flight at Star City in Moscow and regularly visits Baikonur Cosmodrome in Kazakstan for human launches (most recently for the launch of European Space Agency Astronaut, Alexander Gerst). She is an experienced analogue astronaut with over 20 EVA hrs from Mars simulated missions in the Utah desert USA and the Negev desert in the Middle East.

She has now started her campaign to be among one of the eight artists that Japanese billionaire Yusaku Maezawa brings on the #DearMoon project, a private lunar mission with Elon Musk in 2023.

Her tips for making the impossible possible included; Embrace failure, be curious and follow your nose, surround yourself with people better than you, be inspired by everything around you, see the bigger picture and be honest with yourself.

“You can make the impossible possible. The more we zoom out, we can see the bigger picture,” she said.

Valerie Murphy, President of Network Limerick, said Future Space Colonist Dr Shaw’s talk was “absolutely inspirational.  She has shown that it’s possible to reinvent yourself at any time and follow your dream.”

Future Space Colonist Dr Niamh Shaw is an Irish engineer, scientist, performer and explorer of all things Space. She talks about science & space on radio & TV and makes public events and theatre shows to ignite people’s curiosity, especially those people who think that science isn’t for them.  She is actively pursuing her dream to get to space and has been sharing her global space adventures and expeditions since 2014. In this regard, she participated in a zero-gravity flight at Star City in Moscow and regularly visits Baikonur Cosmodrome in Kazakstan for human launches (most recently for the launch of European Space Agency Astronaut, Alexander Gerst). She is an experienced analogue astronaut with over 20 EVA hrs from Mars simulated missions in the Utah desert USA and the Negev desert in the Middle East. She continues to seek out further extreme environments and opportunities in human space exploration.

Voted one of Ireland’s leading science communicators and STEAM specialists (merging science, technology, engineering, arts and maths), her contribution to science & its application to Irish life was acknowledged by Uachtaráin na hÉireann, President Michael D. Higgins in 2017. She champions women in STEM in all her projects and works with the Lottie Doll Company to promote young girls and boys in STEM, bringing ‘Stargazer Lottie’ on all her space adventures.

She is an artist in residence at CIT Blackrock Castle Observatory Cork, the Humanities co-chair at 2018 International Space Studies Programme & the Dublin point of contact for Ireland’s national Space week 2018. Her newest theatre piece ‘Diary of a Martian Beekeeper’ funded under Science Foundation Ireland’s 2017 Discover programme (working closely with ESA’s Astronaut Centre in Cologne), will tour internationally in 2019/2020.

Every Saturday, she keeps bees with her father in their family garden

Network Ireland Limerick provides a forum where women in business, the professions and the Arts can exchange business ideas and increase their business contacts. It encourages women to achieve more satisfying careers and promotes women as worthy contributors to the Irish economy. Network Ireland Limerick is a branch of Network Ireland, a national organisation driving the personal and professional development of women with over 1,000 members and 12 branches through the country.

AIB is a partner with Network Ireland and supports the organisation at both a national and regional level.