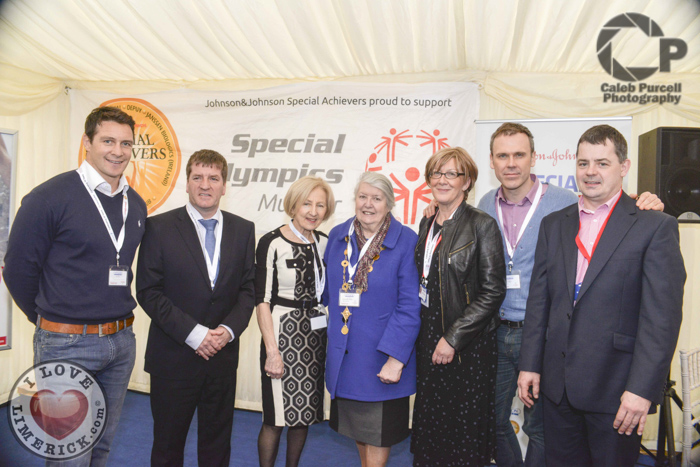 Speaking at the event, Councillor Kathleen Leddin, Mayor of Limerick City, congratulated all those involved and a local athlete, Emma Brett from Bruff All Stars Special Olympics Club said, “On behalf of my fellow athletes, I would like to thank the Special Achievers Club for its fantastic support over the last 10 years. We are excited about the upcoming programme of events for 2014 and it’s great to know we have over 300 friends supporting and encouraging us every step of the way.” Matt English, CEO Special Olympics Ireland said, “Limerick will host the Special Olympics Ireland Games with 1,500 athletes, competing in 13 sports over three days of competition as well as a Motor Activities Training Programme. Volunteers from Johnson & Johnson will play an important role in providing support to this milestone event.”

This year the Special Olympics National Collection Day will take place on Friday April 11.  A number of companies across the Munster region have been fantastic in providing support over the last few years and you and the company you work for can get involved by allowing your staff an hour to come out and collect on the day in the nearest collection point to your workplace, do an in house fundraiser such as a coffee morning, bake sale or jersey day or perhaps set up your own collection point outside your office. The Collection Day funds will go towards covering the cost of this summer’s Ireland Games. Out of this event, a team will be selected to represent Ireland at the Special Olympic World Summer Games 2015 to be held in Los Angeles. For more info on Collection Day email [email protected]

To see a story about the Special Olympics and the Great Limerick Run go HERE.