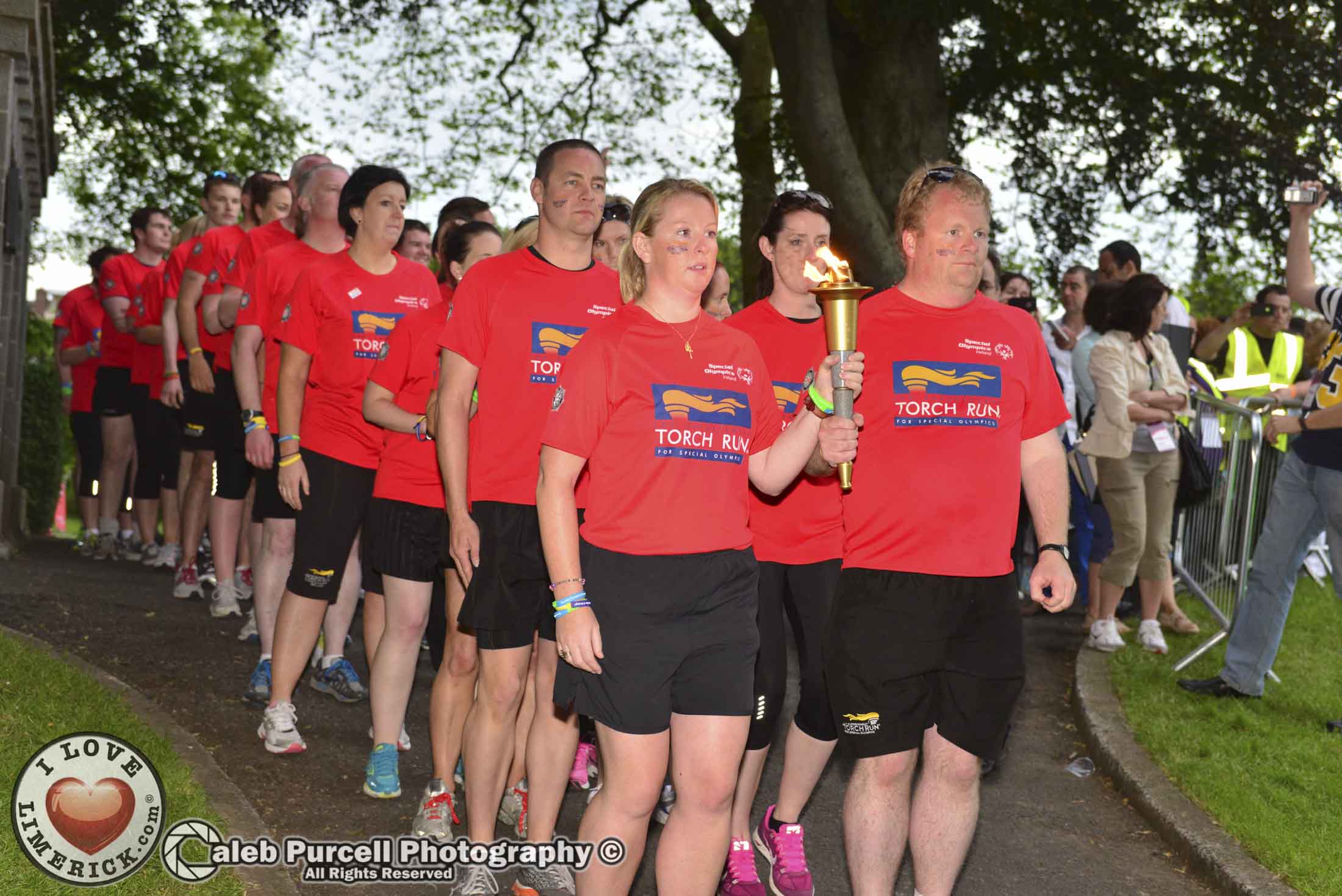 The Special Olympics Opening Ceremony 2014  was an incredible unforgettable experience as Limerick was the place to be as the city opened its arms to welcome Special Olympic athletes. Crowds basked in glorious sunshine as 1,500 athletes representing every county in Ireland paraded through Limerick city centre led by the 40 strong Special Olympics Torch Run team assisted by 3,000 passionate volunteers. Thousands of people lined the parade route along O’Connell Street as it made its way up to the scenic People’s Park for the official opening ceremony. Teams from the Eastern region and Leinster were first to arrive into the seated area followed by teams from Munster, Connacht and Ulster who were all greeted with deafening applause. Over 7,000 people attended the event to be entertained by the Shannon Gospel Choir, Paddy Casey, the Irish band Kila, Limerick Hip Hop Intervention Project, Samba Dancers, Fire Breathers, drummers, BMX stunt men and party music galore.  The main Olympic flag was brought to the flag pole by a representative from each team and raised by Irish and Lions rugby star David Wallace and the face of Special Olympics Ireland 2014, athlete Christine Delaney. Proud families from all over Ireland gathered to cheer on their family members involved in the games. CEO Matt english made an impassioned speech about his pride of the athletes. It was a very moving experience to see the Olympic torch being lit and its signalled a beautiful beginning of what promises to be a truly historic weekend for sporting Limerick.

For more coverage of the Special Olympics go HERE.

Photos by Dolf Patijn for ILoveLimerick.com 2014. All Rights Reserved

Photos by Tony Grehan for ILoveLimerick.com 2014. All Rights Reserved

Photos by Oisin Mc Hugh for ILoveLimerick.com 2014. All Rights Reserved