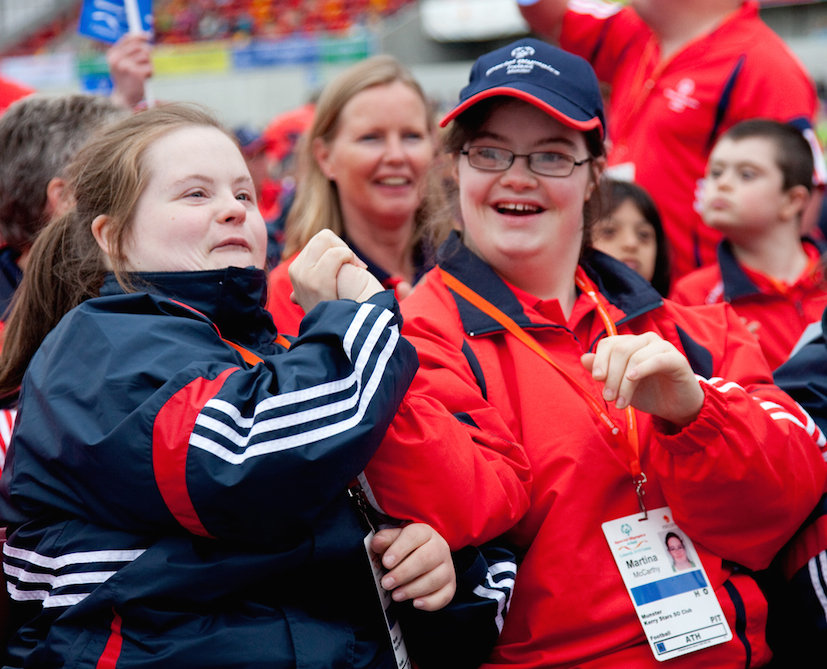 Limerick’s Special Olympics Parade will take place on Thursday June 12 2014 as part of the official Opening Ceremony of the games. Picture: Gina Brocker

1,500 athletes to parade along O’Connell Street as part of official Opening Ceremony, which is proudly supported by Limerick City of Culture. Special Olympics Ireland has called on the people of Munster to come out and support a parade of athletes taking place in Limerick city ahead of the official start of the 2014 Games.

As part of the build-up to the Games, 1,500 athletes from across Ireland will take part in a street parade along O’Connell in the city on Thursday June 12th. The parade will begin below the Shannon Street Junction on O’Connell Street at 6pm. It will progress along O’Connell Street, before turning left onto Mallow Street and then into the People’s Park. A fully ticketed Opening Ceremony in the People’s, presented by 2FM’s Will Leahy and featuring traditional music act Kila, among others, will start at 6.30pm.

Matt English, CEO with Special Olympics Ireland, said: “The people of Munster have shown extraordinary support to Special Olympics Ireland during the long build-up to the 2014 Games. From local businesses getting behind the fundraising drive, to people signing up as volunteers, every call to action has been answered.
“We are now very much on the home-stretch and I would take this opportunity to invite the people of Limerick, and further afield, to come out and support all of the athletes taking park in the Games during the street parade. It will be a fantastic occasion and the perfect platform from which to launch the Games.”

In a first for Special Olympics, athletes from each of the five delegations and the coaches that make up the 2014 Games competitors will take part in the parade. The parade is fully open to public spectators and the sport’s charity, which supports people with an intellectual disability, is encouraging all of Munster to come out and welcome the athletes with pride to their city.  The parade will be accompanied by the Special Olympics Torch Run Team, marching bands and street performers.

In a gesture to all of those attending the parade, local carpark operator and official 2014 Games parking partner, Q-Park, has announced that it will open up its Harvey Quay and Henry Street facility at a reduced rate of €2 for the evening from 4pm to midnight. “Q-Park Ireland is truly delighted to be the official Parking Partner for the Special Olympic Games Ireland 2014. We are so proud to be able to support all the athletes who are participating and those attending the parade with this reduced rate of parking,” said Q-Park Marketing Manager, Simon Madden.

Over the course of the Games, 1,500 athletes will compete in 13 sports in venues throughout Limerick. As well as being the main residential centre, the University of Limerick will host the athletics, aquatics, basketball, football, gymnastics, kayaking competitions and the non-competitive motor activities training programme. Across the city, the Tailteann Sports Centre, Mary Immaculate College, will host the badminton, and table tennis while the Delta Sports Dome will host Bocce. The equestrian competition will take place in Clonshire Equestrian Centre. Ennis Leisure World in Co Clare will host the tenpin bowling while Murroe Pitch & Putt and Ballykisteen Golf Club in Tipperary will host the pitch & putt and golf competitions respectively.