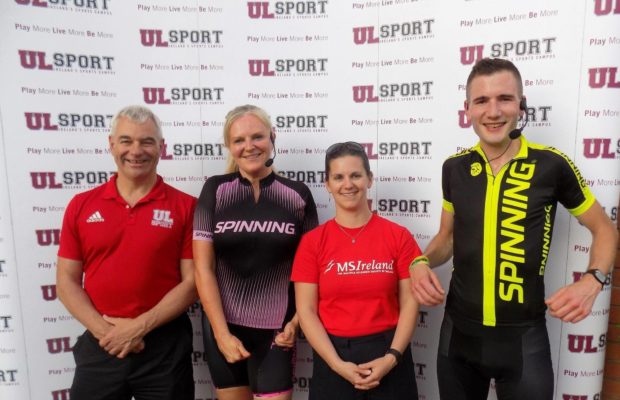 Spin it Out to Fight it Out was a three- hour action packed Spinning® event at UL Sport Arena, in support of the Limerick MS Ireland Branch to mark World MS Day, which took place on Wednesday.

Thanks to the glorious sunny weather, the event took place in the setting of the beautiful University Campus, set to the sounds of the melodic and motivating beats of a live DJ. Participants could cycle on a stationary bike for as little, or as long as they wished, with the added bonus of soaking up the rare, Irish Sunshine.  Re-hydration, healthy nibbles and sun protection cream were on hand, to keep the fitness loving, good-natured participants, fuelled for the challenge and protected from the rays.

This very special event was organized by Kevin Saude, an experienced Spinning ® Instructor and UL student, who himself was diagnosed with MS in 2015 and underwent an eight-month rehabilitation programme. Kevin is continuing the battle of his mother’s struggle with MS, who sadly passed away from progressive MS in 2015.  Kevin’s younger sister also has the condition.

Kevin has truly felt the benefits of exercise on his MS (multiple sclerosis) symptoms saying, “My MS diagnosis has never been a sentence. In fact, it has empowered me to show others, that exercising can be a great weapon to slow down the progression of the illness and give people living with MS a beacon of hope.”  Kevin’s background as a Spinning instructor, was the driving force to set-up this fundraiser for MS Ireland, with a team of fellow instructors from UL behind him.

Carmell DeMello, Group Fitness Coordinator at UL Sport Arena commented that, “The determination displayed by Kevin had also come about, as he had been on the receiving end of immense kindness, shown by the Limerick community, including a fundraising event under the name ‘Run a Lap for Kevin,’ in September 2015. Kevin has always been very adamant that when his health recovered, he wanted to give back to Limerick, and that is why he came up with the plan to ‘Spin It Out to Fight It Out’.”

Spin It Out to Fight It Out was presented by a team of well-known and enthusiastic Irish Spinning® Instructors who could be likened to being Kevin’s anchor coming together in support of MS Ireland and raise funds and awareness in Limerick. 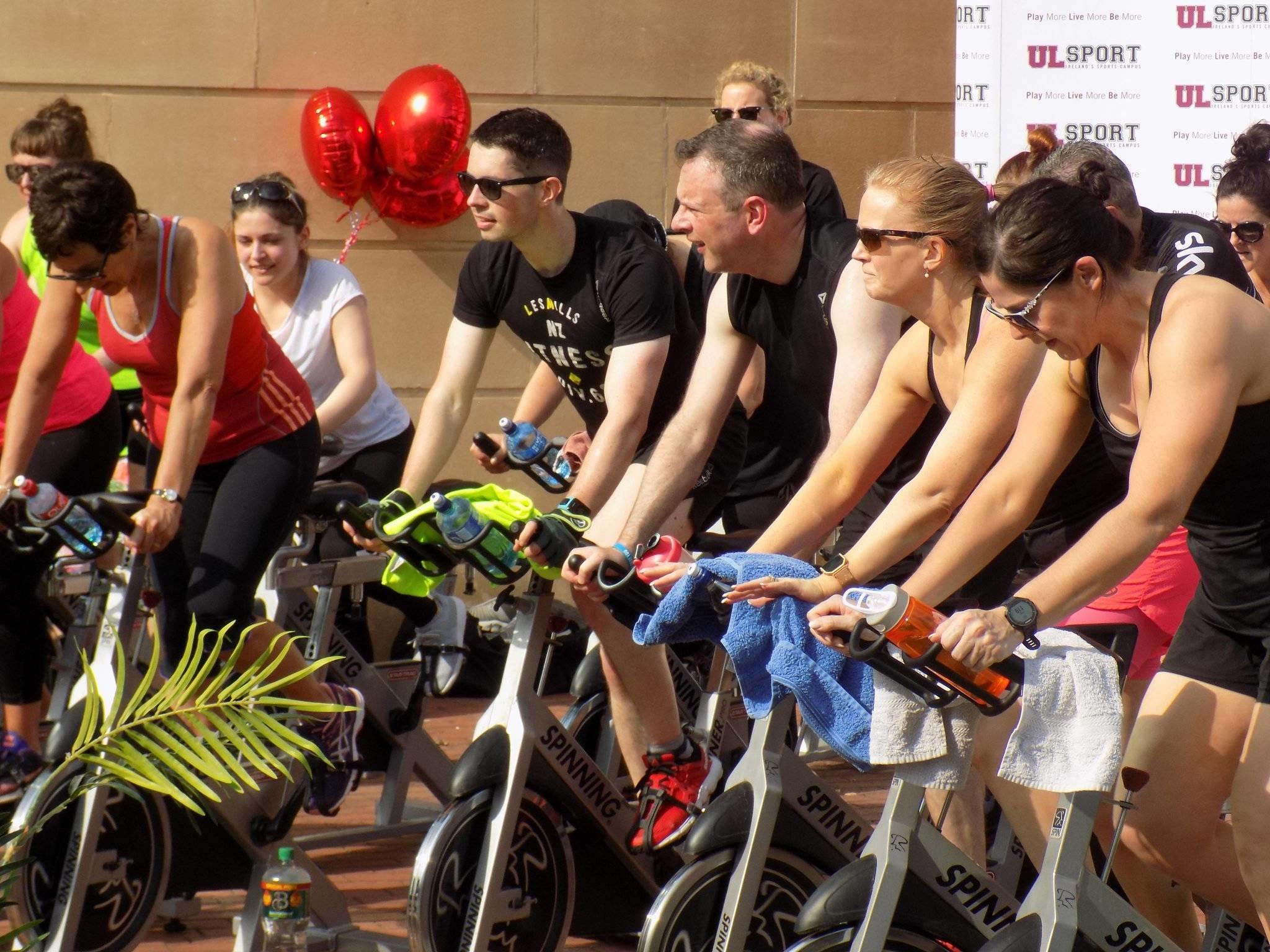 Annie Girardin, Eoin White, Ian O’Donoghue, Maura Harty Ryan, Marie Cremin being put through their paces at the Spin It Out to Fight It Out event outside UL Sport last Wednesday in aid of MS Ireland on World MS Day. Photo: Stacey Piggott/ Shine Digital.

Spin It Out to Fight It Out drew an overwhelming level of support and Kevin had so much praise for all the participants, who sacrificed a sunny evening in their gardens, to take on the challenge and the feel of climbing mountains, with MS Ireland in the minds.  Kevin commented, “I am so thankful to everyone who participated, donated or even gave us a cheer or words of encouragement, without you all, this would not have been possible. Thanks also to our Limerick Rose, Hazel Ní Chathasaigh, who happily pedaled away, and even helped us with the tidy up, an amazing overall team effort, thank you all so much.”