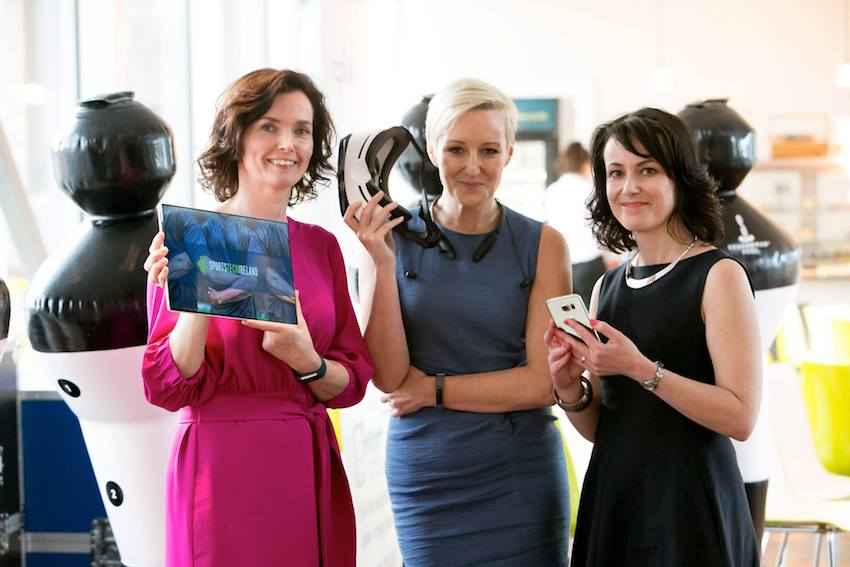 SportsTech Ireland Advisory Board Grows In Ireland and the US

SportsTech Ireland Advisory Board Grows In Ireland and the US

On February 6th, SportsTech Ireland announced the addition of two new members to its international advisory board, including Sam McCleery, the VP of UnderArmour’s Innovation Lab in Baltimore in the US, and George Kennedy, Corporate Partner at Holmes O’Malley Sexton Solicitors, headquartered in Limerick, Ireland.

SportsTech Ireland is a not-for-profit organisation that champions sports technology and innovation, helping to position Ireland as a leading destination for FDI and startups. The organisation has formalised projects and partnerships with Ireland’s Industrial Development Authority, (IDA), Ireland’s leading sports campus the University of Limerick, the University of Ryerson, Toronto, leAD Sports Accelerator in Berlin and Stadia Ventures in the US, among others.

McCleery has strong Irish connections and has a history of driving change and innovation in multiple sectors. As Chief Technologist with ESPN (the world’s largest sports TV network), he championed fan engagement across platforms. With a long career in sports TV, he created the field of ‘virtual’ advertising, creating groundbreaking adverts which revolutionised the commercial ad space.

Kennedy joined HOMS in 2011 from A&L Goodbody in Dublin. Since making Limerick his home, he has also been a champion for change, shaping the growth and development of the city, as an advisory board member of Innovate Limerick and as a Director of Limerick Chamber. HOMS employs over 150 people across its offices in London, Dublin, and Limerick, and offers extensive legal services across 26 practice areas.

They both join a distinguished panel of advisors that includes award-winning founders, investors, athletes, entrepreneurs, and educators. SportsTech Ireland, with the support of its advisory board, and a diverse range of mentors and international partners, has committed to doubling the number of SportsTech startups in Ireland by 2020. SportsTech Ireland has been instrumental in working with the IDA to attract a number of high profile SportsTech firms to the midwest of Ireland, with the creation of over 120 new jobs.

For more information on SportsTech Ireland Advisory Board, go here.

Related Topics:SportsTechSportsTech Ireland
Up Next

Coillte Biking Blitz 2018 is on its way back to Limerick for it’s 8th edition!