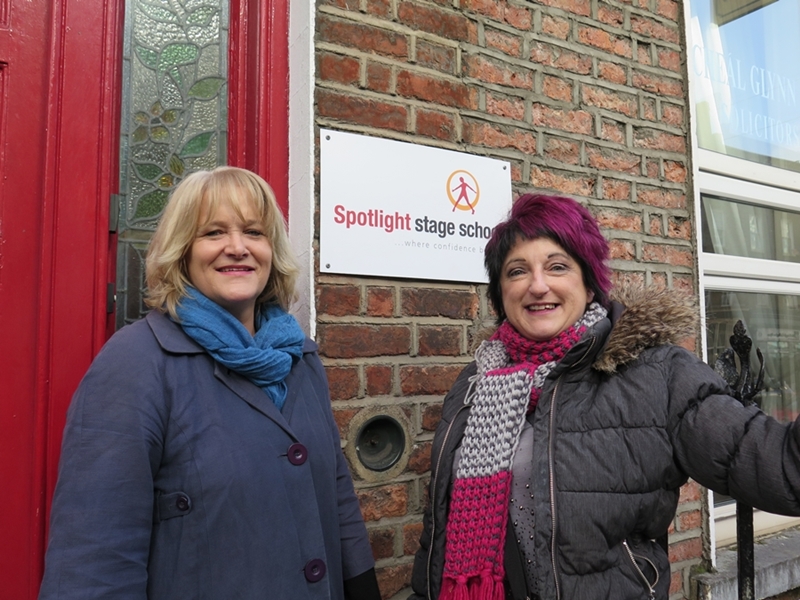 For over thirty years Limerick based Spotlight Stage School has been nurturing the artistic talent of countless young people from all over the mid-west region, and it is recognised today as one of Munster’s premier training grounds for the next generation of actors and performers.

Founding directors Margaret Hough and Judy O Connor have carefully overseen Spotlight’s development through the years, and the success of their diligence is borne out by the fact that a large number of current pupils are the children of past pupils. A valuable artistic tradition is being passed down from generation to generation, with Spotlight leading the way for pupils to develop self-confidence, self-expression and personal development through the medium of dance, drama and singing.

Margaret and Judy find it hard to believe that this is Spotlights thirtieth year in business. Margaret explained that “it seems like we started ten to fifteen years ago, not thirty.” Margaret went on to explain that “we have been really lucky that spotlight has survived not one but two recessions”.

While training and performance play a key role in the running of classes, Judy and Margaret also place particular emphasis on the social aspect of the school. Throughout their years in Spotlight, many pupils have built up long and lasting friendships.

Spotlight Stage School has two working terms in the year, Mid-September to mid-December, and mid-January to the end of May. Located right in the heart of Limerick city at number 97 O’Connell Street, Spotlight is a shining example of a thriving and successful business, meeting and overcoming the many challenges of our modern economy.

Each year the school stages an annual production, this year being the thirtieth year Judy and Margaret expect the production to be bigger than ever. This is the highlight of the school year and affords the opportunity for all the pupils to perform on stage. Students are also afforded opportunities to audition for local productions, film and television work.

This year Spotlight’s production “Shine” will take place at the Limetree Theatre on May 21 and 22. Tickets are available now at the Limetree box office and according to Judy are “selling very well”.

Margaret wanted to say a “big thank you to Tom Pierce and the board of trustees for giving us the space and support over the years.” While Judy added that she would “like to thank past pupils and families and friends who have been a great support to us over the years”.