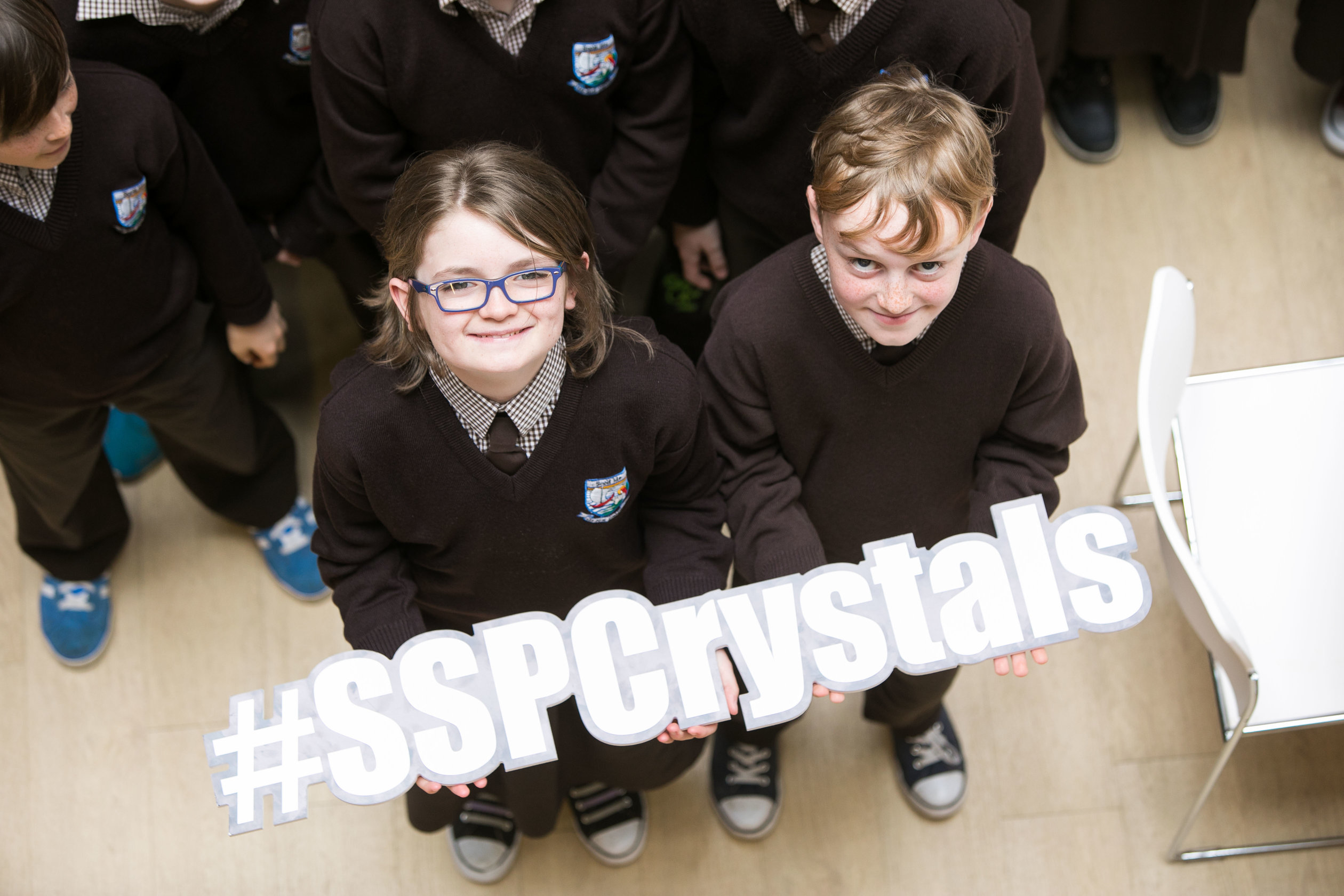 The very successful SSPC National Crystal Growing Competition, now in its third year, has seen interest soar in schools nationally. This year has seen the competition expand, through SSPCÕs partnership with iCRAG, enabling two national finals, and showcasing how fundamentally important crystals are in our lives, from medicines to geosciences. Photo: Oisin McHugh True Media

The Synthesis and Solid State Pharmaceutical Centre (SSPC), funded by Science Foundation Ireland and based at the University of Limerick, have launched the National Crystal Growing Competition for 2017! The competition is open to primary and post-primary school pupils from across Ireland and this year it is in partnership with the International Union of Crystallography (IUCr) Worldwide competition!

Last year, local primary school Scoil Ide, Corbally, received a special invite to the awards ceremony to acknowledge the fantastic crystals they entered at primary school level, helped by their teacher Marese Murphy. This year the Centre is hoping that more local schools will get involved in the competition.

The SSPC is a world-leading SFI research centre based in the University of Limerick (UL) and its co-director, Prof. Michael Zaworotko, a Chair of Crystal Engineering and one of the top 20 cited professors in the world, said:

“Crystals are particularly important when making medicines as one of the main objectives is to improve the performance of drug products available to the public. As someone who appreciates the beauty and importance of crystals, it excites me to see the high level of energy and dedication shown by the students and their teachers involved in the SSPC National Crystal Growing Competition”.

“Crystal growing is an exciting and engaging challenge that allows students to broaden their scientific knowledge and interest. 2017 marks the fourth year of the national competition and we expect record breaking numbers of participants from across the country.”

Submission deadline is December 22, 2017; the winners will be contacted late January 2018 and invited to an awards ceremony at the University of Limerick. The aim of the competition is to have fun with science and to inspire young minds to explore careers in the field. The competition originated in 2014 with the IUCr Crystal growing competition, as part of the celebrations for the International Year of Crystallography.