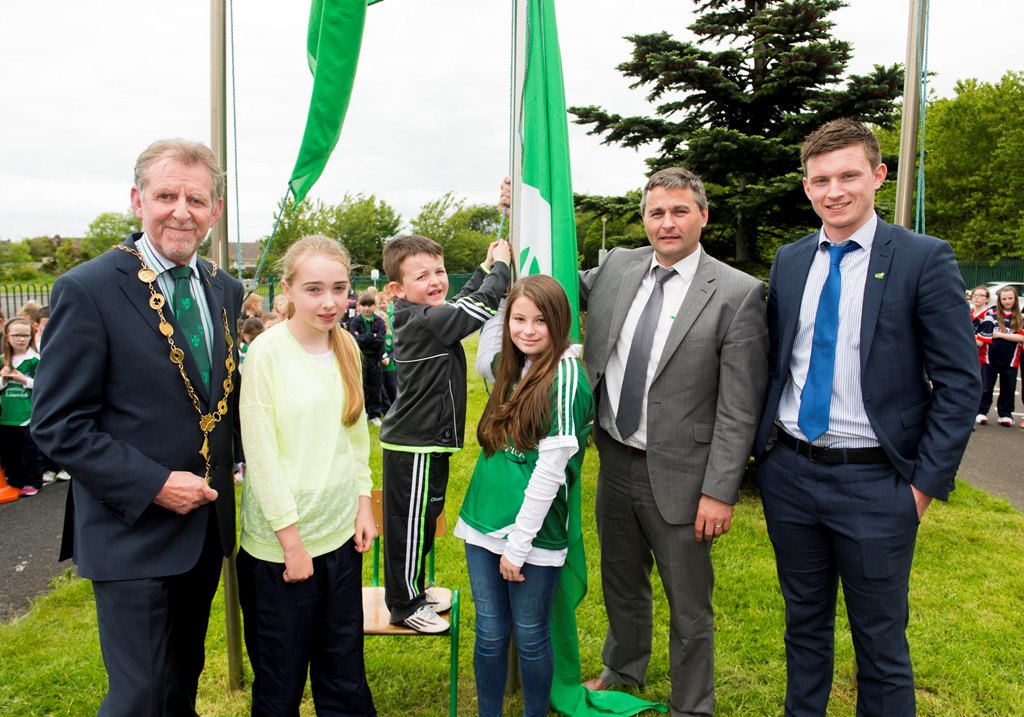 St Brigids National School in Singland, Limerick was founded in 1974 with the first classes were held in the hall of St. Brigid’s Church before we moved into two pre-fabricated buildings on a green-field site beside the old Blood Mill Road. Since then, as the new parish community grew so did the school. In 1980, they got their first permanent building. The building of an additional two classrooms and four learning support rooms was completed in 2011.This extension was officially opened in 2012. Staff numbers have grown from 2 teachers in 1974, to today’s 28 teachers, 5 Special Needs Assistants, a secretary and a caretaker. The school is managed by a very committed Board of Management and supported strongly by a hardworking Parents Council. The main aim is to challenge, stimulate and encourage each pupil to reach their full potential in an environment where children and teachers are secure and happy.

Green-Schools in Ireland is operated and coordinated by the Environmental Education Unit of ‘An Taisce’. There are 7 flags that can be achieved, each with a different theme: Litter & Waste, Energy, Water, Travel, Biodiversity, Global Citizenship – Litter & Waste and Global Citizenship – Energy. It takes two years of action, planning promoting awareness and hard work to achieve each flag. A Green Schools committee is set up with representatives from each class.

In 2007, after two years much hard work and dedication Saint Brigid’s was awarded it’s first Green Flag for reducing, reusing and recycling litter and waste, thanks to the teachers involved and of course to all the pupils and staff of Saint Brigid’s. On the day the whole school wore green as the pupils chanted, “Make Saint Brigid’s Glitter; Don’t Drop the Litter.” Since then, St. Brigid’s N.S. have just been awarded their 5th Green Flag for Bio-Diversity and they are very proud. Again this year they are wore green but this year they performed an original song they wrote themselves with the help of Music Generation Limerick.

Teacher Niamh Lanigan tells me, “Last Wednesday, the school had the honour of a visit from the Limerick Hurling team manager TJ Ryan and Limerick hurler Kevin Downes who raised the new green flag in honour of the hard work and determination of the school’s staff and pupils. It was an incredibly proud moment in the history of the school and reflected our ethos that hard work does indeed pay off!”