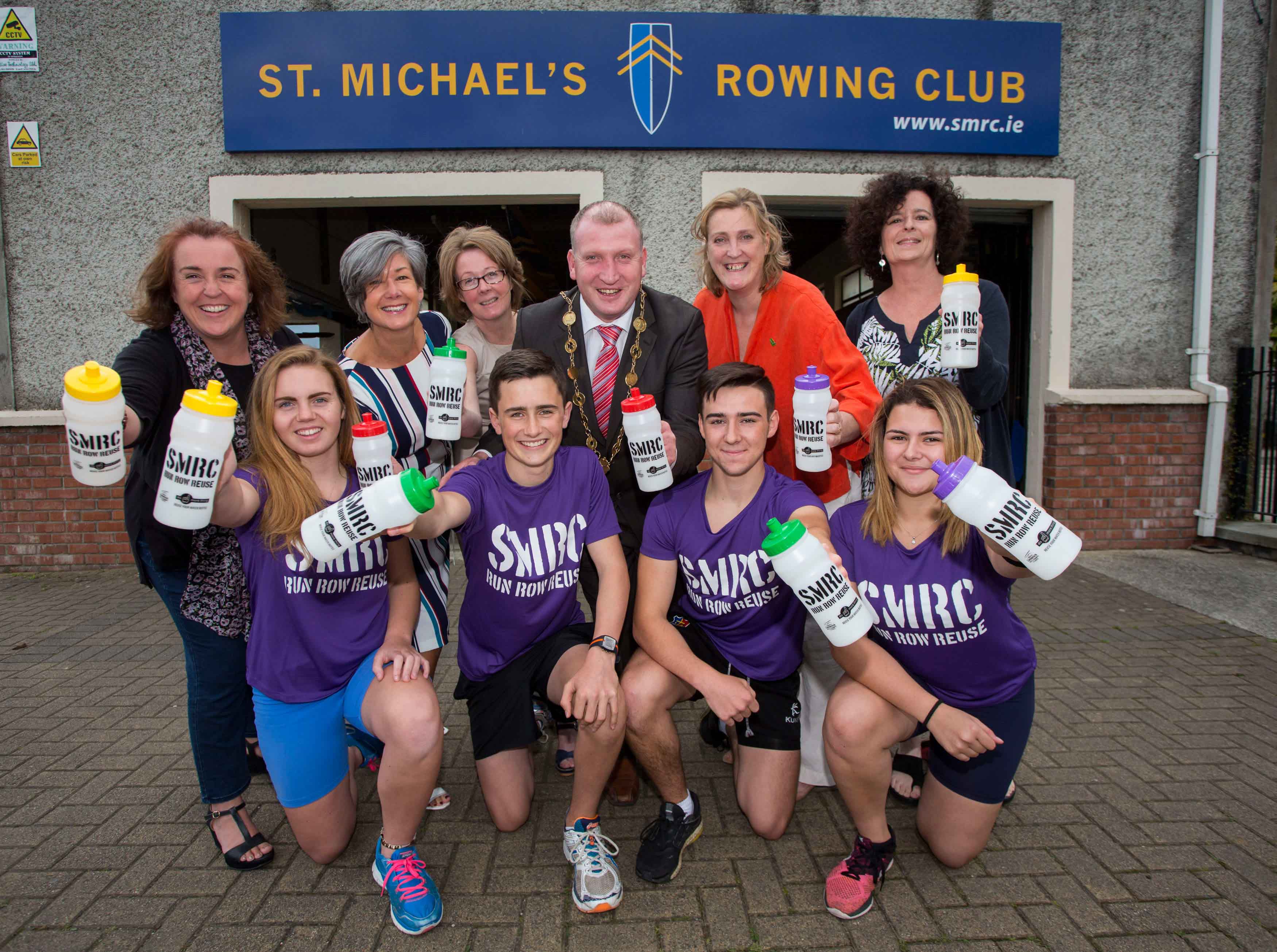 Hundreds of reusable plastic bottles are being distributed to participants in St Michaels Rowing Club 2015 Urban Run on Sunday October 11 as part a campaign to encourage more people, particularly those engaged in outdoor pursuits and sports activities, to invest in a reusable bottle.

The Environment section of Limerick City and County Council, in conjunction with the Southern Waste Regional Office, is providing 500 participants in the event with the bottles.

Launching the SMRC Urban Run today (Monday, 7 September 2015), Cllr Liam Galvin, Mayor of the City and County of Limerick, said: “I would like to congratulate St Michael’s Rowing Club for opening their doors to celebrate health, community and the spirit of competition with the club’s third SMRC Urban Run. I also welcome the involvement of St Michael’s Rowing Club’s Urban Run in this project which encourages the use of reusable water bottles.”

Antoinette Ahern, St. Michaels Rowing Club Captain stated: “The SMRC Urban Run is now in its 3rd year.  We are delighted to assist with this reuse project.  Water is hugely important for rowing, from respecting the Shannon and other rivers as the natural resource they are, to ensuring that our athletes are hydrated.”

“Our rowers are encouraged to drink water every 15 minutes during training. We have a fresh drinking water tap that we refill bottles from.  I would encourage all those involved in sports at a competitive and leisure to invest in a reusable bottle,” added Ms. Ahern.

Sinead Mc Donnell, Environment Awareness Officer, Limerick City and County Council commented: “According to a recent article in The Guardian newspaper, globally we now drink as much bottled water as we do milk.  Global sales are likely to exceed 233 billion litres in 2015. Over 90 percent of the cost of a water bottle can be traced back to the bottle, lid and label. You can save a lot of money and help the environment by investing in a multi use reusable water bottle and drinking tap water.”

The reusable water bottle project is part of the Local Authority Prevention Network (LAPN), which is funded by the Environment Protection Agency (EPA) under the National Waste Prevention Programme.

She added: “In production, most bottled water is packaged in PET (polyethylene terephthalate) plastic bottles which are derived from crude oil.  It can take up to 3L of water to produce 1L of water.  Transportation of bottled water around the world requires burning of fossil fuels.   Although plastic bottles are recyclable, 20% or 14 million of all the drinks in plastic bottles sold in Ireland last year were not recycled instead they ended up in in landfill and take up to 1000 years to break down. When littered they are a blight on water, land and sea.   If that wasn’t enough bottled water is expensive.