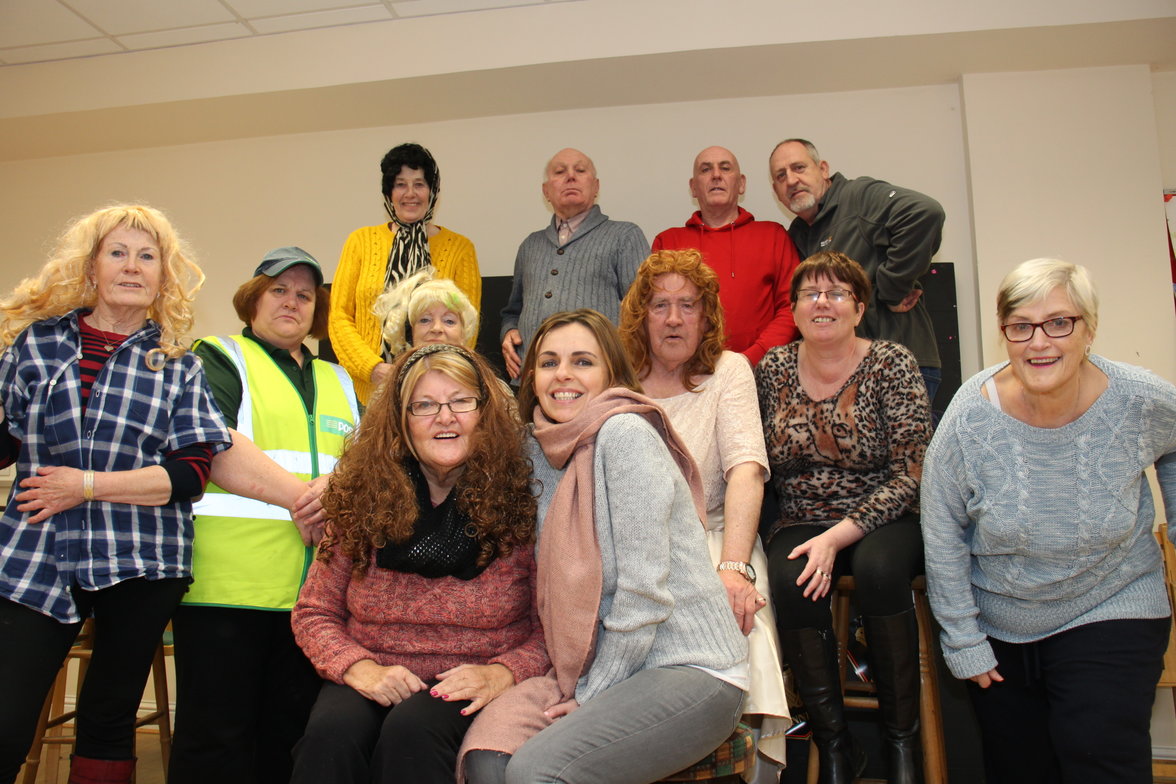 The St. Saviours Drama Group Last Orders is in the mids of rehearsals. Their newest play and production number 11 will be performed at the Belltable on 8-9 of March this year.  The gut-wrenchingly funny and Jaw-aching comedy-drama set on a remote island will have you literally rolling on the floor laughing.

The group are in rehearsals for their new play and 11th production, ‘Last Orders’ which will be performed at the Belltable on 8th and 9th of March this year.  This hilarious and fast-paced comedy-drama is set on a remote sparsely populated island.

St. Saviours Community Drama Group formed in 2011 in the CIE club as a pilot community drama group with six members and no expectations.  Seven years later St. Saviours have emerged as one of Limericks most active Community Drama Groups, with ten previous sell-out shows under their belt, a short film, a STAR Award nomination and the world premiere of their new play ‘Last Orders’ about to be staged in the Belltable in March.

Director, Karen Fitzgibbon said “The bank is chasing Peggy’s tail trying to close down her pub, the only watering hole on the island and second home to the locals are losing money hand over fist.  As the locals consort to save the pub, a discovery of some worth inspires them to hatch a cunning plan.  Mystery and intrigue surround the events that follow with hilarious results!  This play is side-splittingly funny, we are in hysterics in rehearsals.  It is a bold and brave move for St. Saviours, writing a brand new storyline, yet again!  The challenge never seems to faze the group and this year is no exception.  St. Saviours are bigger and braver than ever!”

Since their formation in September 2011, St. Saviours Community Drama Group has gone from strength to strength, writing and producing all their own scripts and selling out shows in the Belltable.  For Their newest production, tickets are on sale from the Lime Tree Theatre and The Belltable box office but grab them quickly because they are selling fast. At €6.00 a ticket, this comedy is a bargain!

St. Saviours Community Drama Group is supported by the Limerick and Clare Education and Training Board (LCETB), LCEN and Limerick Arts Office.