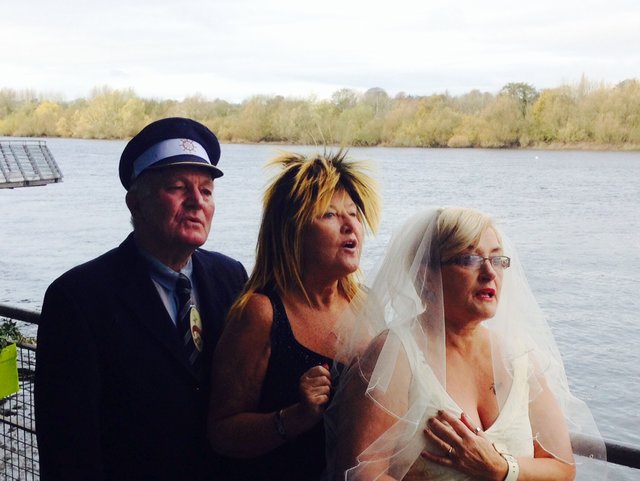 Funny and Fabulous, and a whole bucket of drama, that’s the order of the day for St. Saviours Drama Group. Formed in September 2011 by a small group of 6 members, supported by the Limerick City VEC, St. Saviours have gone from strength to strength, writing their own scripts, producing and performing in all their own productions to date, including their own version of Mrs Browns Boys last year when they brought the house down for the 20th anniversary of the Limerick Community Education Network (LCEN) in the Pery Hotel. In April 2014, a dream came through for the group as they made their maiden voyage to 69 O’Connell St., where they performed to a sell-out audience their World Premiere of ‘Heavens Above’. This group has, quite simply, fallen in love with theatre! Their acting and writing skills have developed considerably, and they have huge plans for the future, gathering and storing props and costumes, developing new ideas for scripts and boasting an increase to 15 members. They work hard, and they love it. “The fear of joining a drama class, you don’t know what to expect, you don’t know what’s expected of you, but the fun you have is unbelievable, the confidence you gain, we all love it”, member Caroline Parker tells me. Their dedicated drama teacher Karen Fitzgibbon tells me, “this group are so creative and I have fallen in love with all of them. Their enthusiasm and creativity have inspired me and they possess true Limerick spirit!”

The group are supported by the Limerick and Clare Education and training board (LCETB). LCETB is there to provide all possible learners with many opportunities so they can reach their potential in educational and personal development goals. You can find them on their website over here.

Now they have written the hilariously funny, ‘A Fishy Affair’ which will premiere on February 18-19 at 69 O’ Connell Street (formerly known as the Belltable Arts Gallery). The show starts at 8pm, the admission fee is only €5 and the run time for the show is 75 minutes.

“The St. Saviours Cruise Ship is about to commence boarding for Torquay. Or is it Turkey? Not even Captain Birdseye is too sure where they are heading but one thing is clear, not only the murky dark waters beneath the ship hold secrets. When Manuella finds a body in the galley and more passengers begin to disappear, there is pandemonium. Will the cruise make it to Torquay? Or Turkey even? “

So drop by and show your support to the St. Saviours Drama Group in their world premiere of ‘A Fishy Affair’.

You can find St. Saviours Drama Group on their Facebook over here.
If you would like to read more about Drama in Limerick you can check it out here!