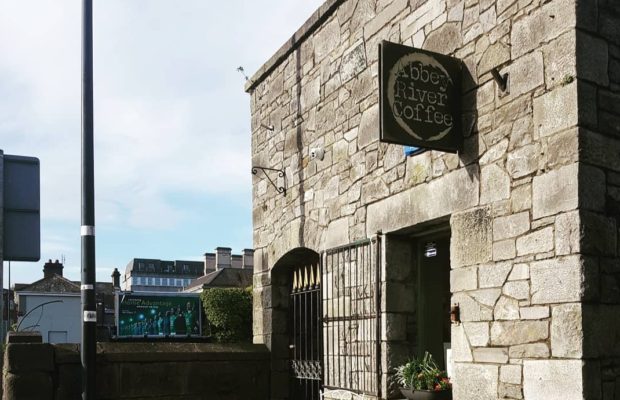 Stampify is a new social initiative that has been launched to help consumers convert their loyalty card rewards into meals for children in the developing world with Mary’s Meals.

The small coffee shop Abbey River Coffee on Merchant’s Quay has teamed up with the new non-profit social initiative called ‘Stampify‘ in an effort to fight world hunger.

Stampify is a new social initiative that has been launched to help consumers convert their loyalty card rewards into meals for people less fortunate. A customer receives a stamp with every drink they purchase and instead of getting a free drink once they filled their loyalty card, the participating business makes a donation that will feed a child for a week in their place of education in the developing world with Mary’s Meals. 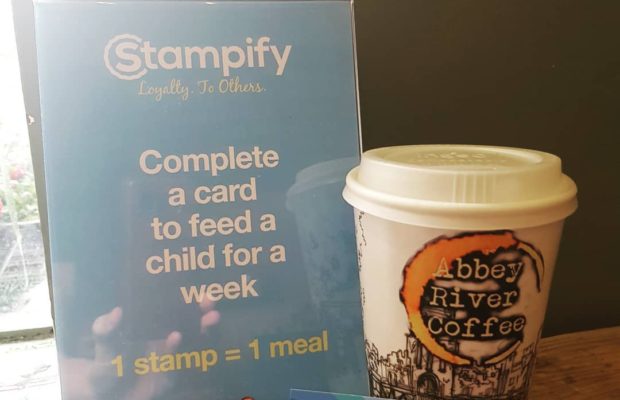 Set up by six former Trinity College classmates, Stampify plans to expand the initiative around Ireland in the coming months.

Stampify has over 20 participating businesses, the number of which is growing weekly. When asked why they wanted to partner with Stampify, Chris McAllister of Abbey River Coffee said “I love the idea of Stampify working with coffee shops and restaurants around the country to create a sustainable solution world’s food poverty problem. We’re only delighted to be on board with this. It’s a creative way to help those in need at no extra cost. Many people would fill their loyalty but admit that they don’t necessarily need a free drink. What better way to use your full loyalty to help others! It’s important to mention that Stampify doesn’t replace the traditional loyalty card system so the option for both is there.”

Abbey River Coffee is the second participating business outside Dublin and the first in Limerick. Set up by six former Trinity College classmates, the group, none of whom is paid for the work, plans to expand the initiative around Ireland in the coming months.

It feels good to be the one of the first business outside the capital to run with the charity and hopefully many more business hop on board” said Chris, adding “Once a customer has a Stampify loyalty card they can use it at any of the partnered businesses so the more businesses that get on board the better!  In only 6 months, Stampify has provided 15,000 meals to children in their place of education in the developing world. We’re excited to be one of the businesses that contribute to this!”

The aim of the partnership is to encourage other businesses in the city to get on board with the charity. “So far we’ve filled 15 Stampify cards,” says Chris, “That’s enough to feed 15 children for a week in their place of education with Mary’s Meals. It’s only a small contribution in the grand scheme of things but it’s important we all look to make a positive contribution to the world, whether it’s poverty at home or abroad, environmental etc. A collective effort is the only way forward!”