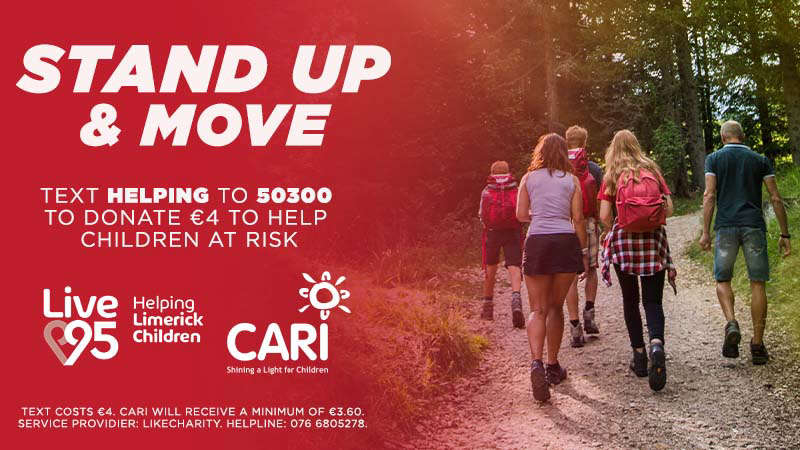 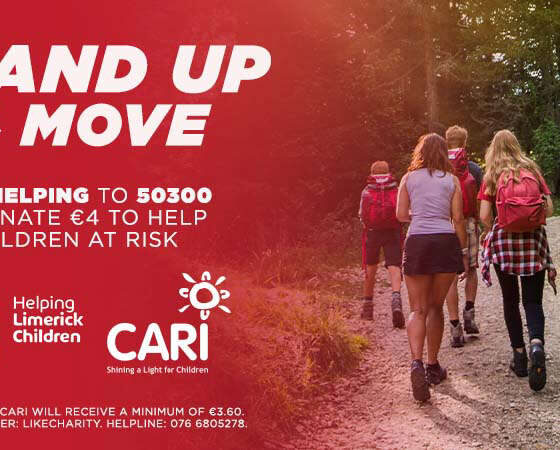 Stand Up and Move – CARI are asking Limerick people to collectively complete 3,000km of exercise to raise funds for the Limerick-based charity. 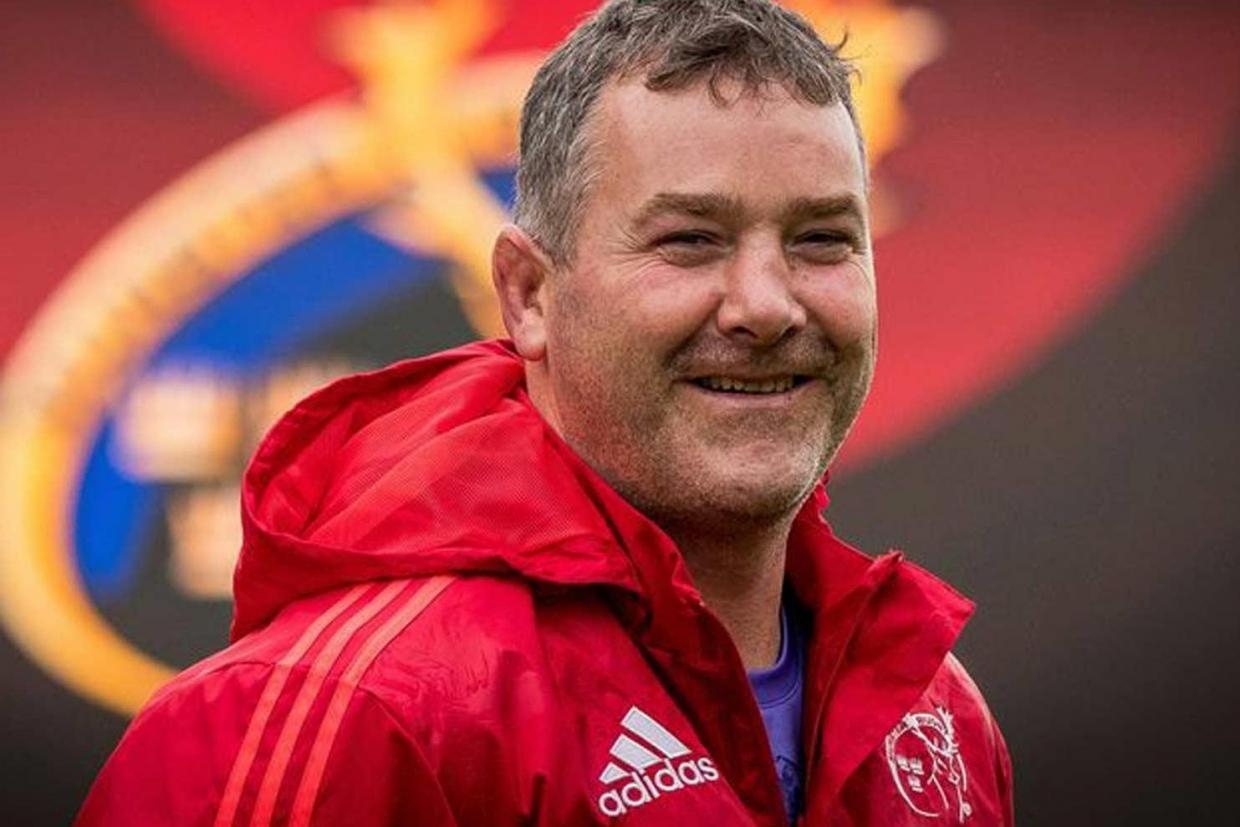 Anthony Foley played rugby in the number eight jersey for Munster and Ireland before becoming Munster’s head coach in 2014.

Children at Risk In Ireland (CARI) are asking Limerick people to collectively complete 3,000km of exercise to raise funds for the charity and honour the fifth anniversary of Munster Rugby coach Anthony Foley.

Taking place this weekend, October 16 & 17, the Stand-Up And Move campaign was launched by CARI to match the 3,000km charity cycle Foley’s sister Orla undertook earlier this year to raise vital funds for CARI.

Based on the Ennis Road, CARI help children and families recover from the trauma of child sexual abuse. There are currently 24 Limerick families in need of assistance on CARI’s waiting list.

To reach the collective 3,000km, participants may cycle, walk, run, hike, climb, swim, train on a pitch or do any other form of movement.

“We at CARI are very grateful to Orla Foley for generously cycling the Wild Atlantic Way earlier this year in memory of her brother and fundraising for CARI along the way,” General Manager Colm O’Brien told I Love Limerick.

“When we approached Orla with the idea of inviting the people of Limerick to Stand Up and Move collectively to match her 3,000km cycle, she thought why not. We chose this coming weekend as it marks the fifth anniversary of Anthony’s passing.”

Anthony Foley passed away in October 2016 at the age of 42. The Limerick man played rugby in the number eight jersey for Munster and Ireland before becoming Munster’s head coach in 2014.

HOW TO TAKE PART 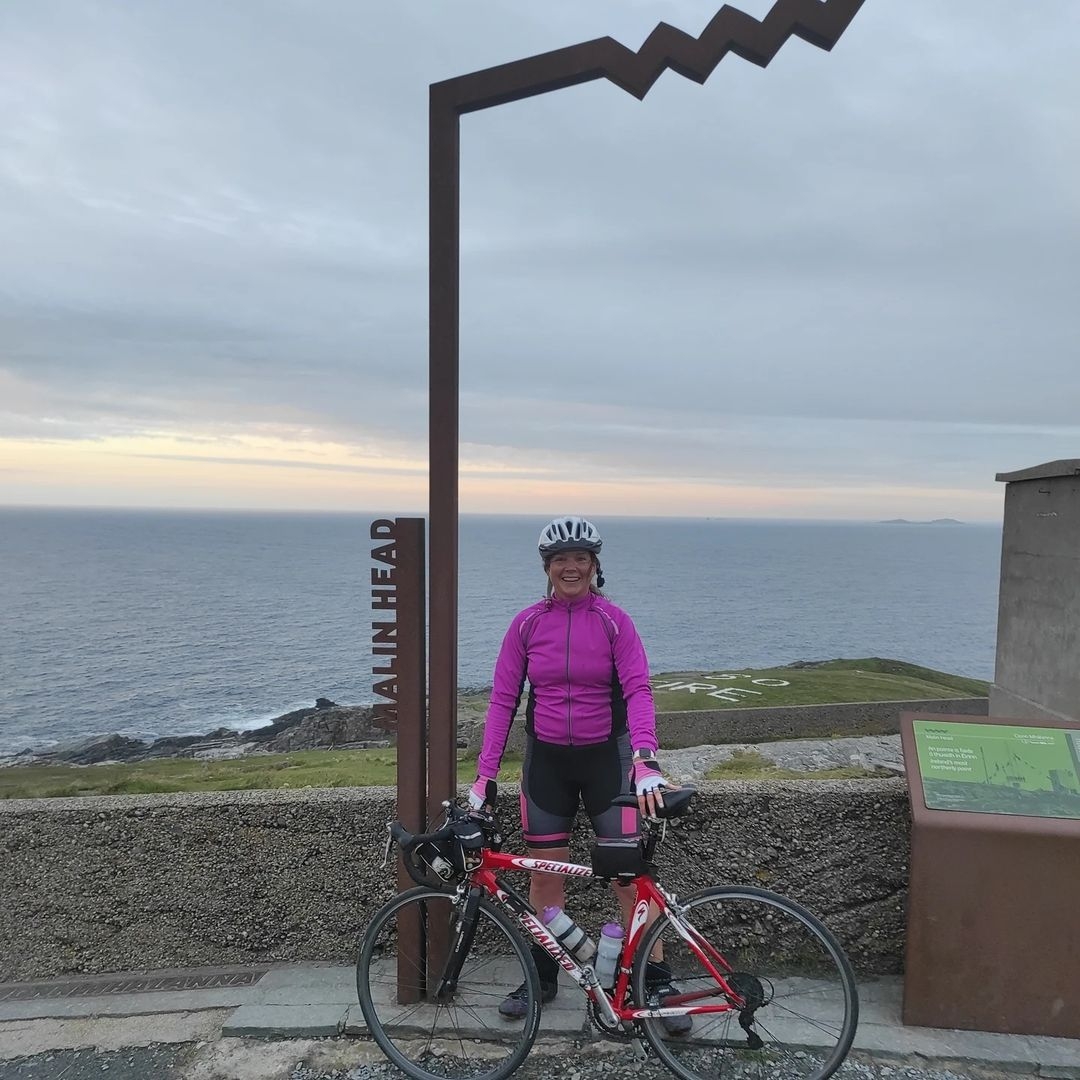 To register for the challenge, text HELPING to 50300, donating €4 to CARI. After exercising, upload a photo to social media using the hashtag #standupandmove and include the number of kilometres travelled. Then tag three friends or family members, nominating them to take on the challenge.

Please submit one text per person exercising. For example, a family of five undertaking a 5km walk requires five text messages (a donation of €20) and 25km acknowledged on social media. Participants are encouraged to wear red in memory of Munster legend Anthony Foley.

“CARI’s idea of a Stand-Up And Move campaign on Anthony’s fifth anniversary is a fabulous and very apt way to remember him,” acknowledges sister Orla Foley.

“Anthony would give it a thumbs up, and I look forward to seeing the pictures of everyone who aim to cover the 3,000km collectively that I cycled.”

Over €151,000 in Covid Stability Funding has been announced for four groups in Limerick