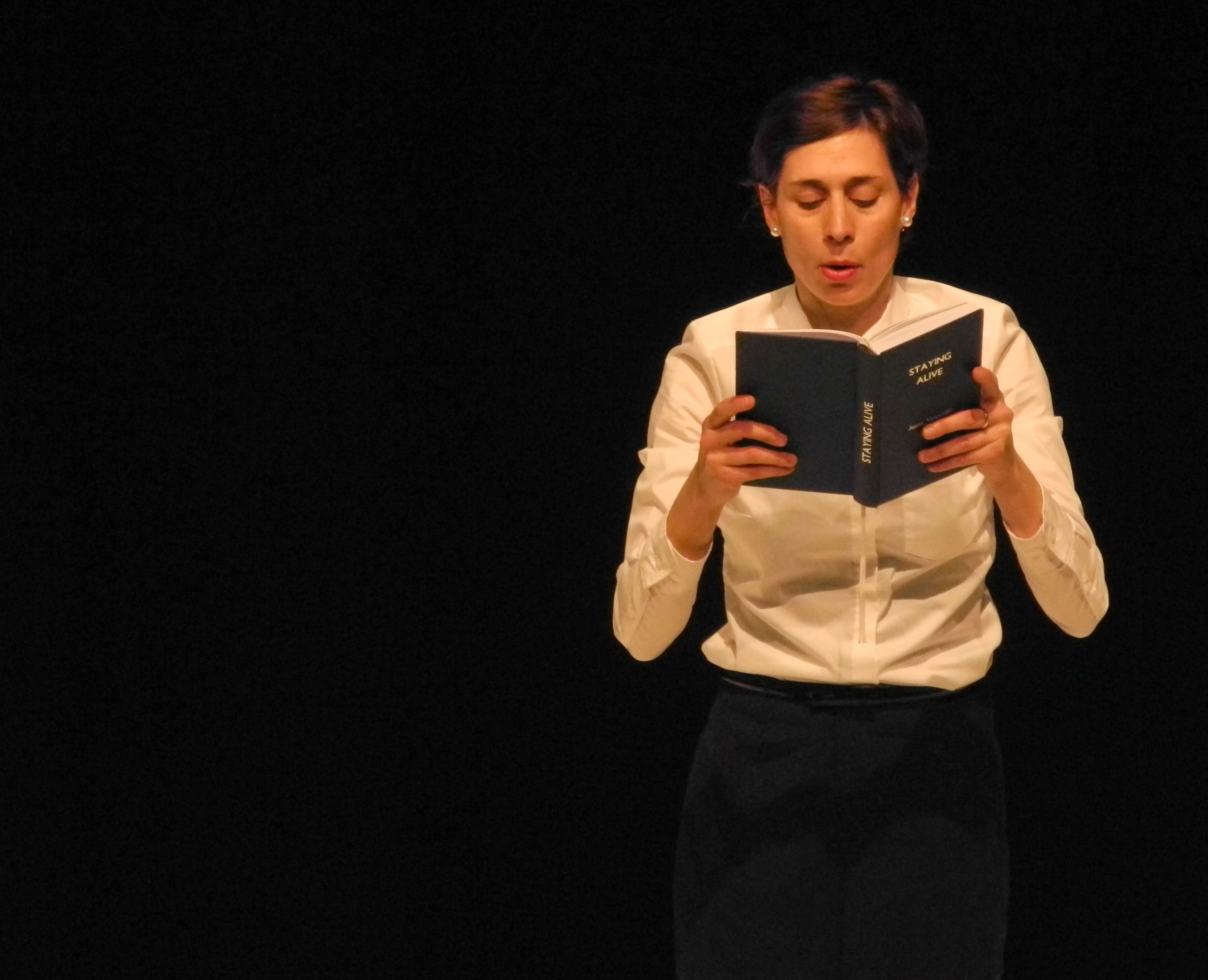 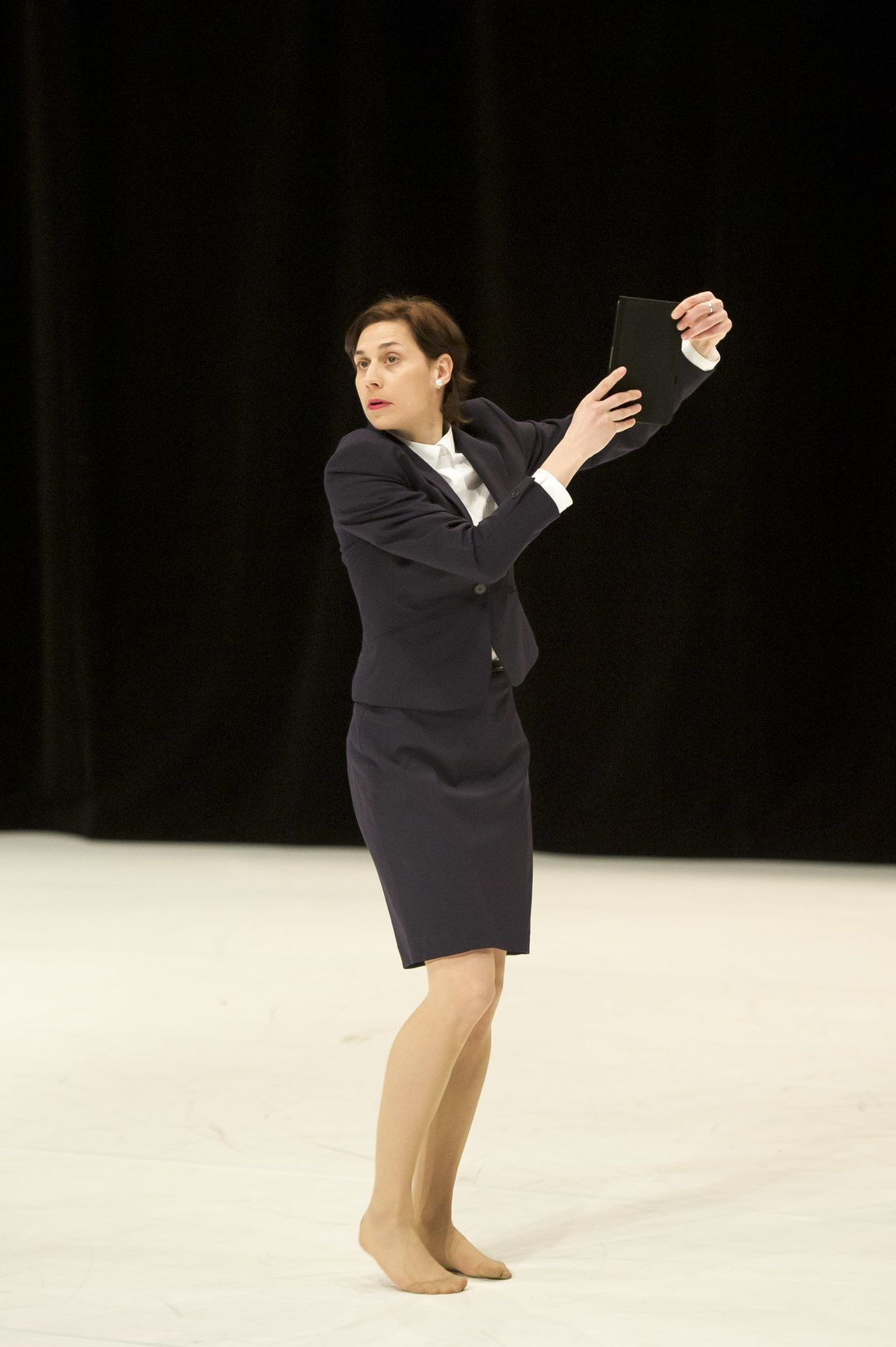 “The tradition of the oppressed teaches us that the ‘state of emergency’ in which we live is not the exception, but the rule”. (Walter Benjamin)  Choreographer Jasna L Vinovrski raises questions of order and control in her latest work Staying Alive, at Dance Limerick on Tuesday 25 April at 8 pm.  Tickets €14/€12 from www.dancelimerick.ie or on the door.

Reflecting on the debate around migration, Staying Alive questions how the administrative structure of the law, and its control of the migration process, has been perpetuated and affected by the production of knowledge and discourse around the subject.  Using an iPad as an agent of control, the performer’s body gradually enters a state of stress, which increases as the piece progresses, representing in a physical way the ‘state of emergency’. Staying Alive was described by the dance critic Donald Hutera as a “delightfully modest, smartly conceived and topical solo”.

Announcing details of the forthcoming performance of Staying Alive, Jenny Traynor, Director of Dance Limerick, explains “We are really looking forward to welcoming Jasna Vinovrski to Dance Limerick.  Staying Alive is an absorbing piece, dealing with weighty issues but playing on the lyrics of the famous Bee Gees song, reflecting in a way the absurdity but also the seriousness of the level of influence technology has in our lives.  Jasna – like Laura Dannequin who performed here recently – was an Aerowaves Artist in 2016, which means she was selected as one of the 20 most promising choreographers in Europe in 2016 by the Aerowaves network of 33 European dance presenters.  This is a real achievement for a dance artist as it’s an independent, the internationally recognised mark of excellence among the dance community.  All told, Staying Alive should be a fascinating experience for Limerick audiences”.