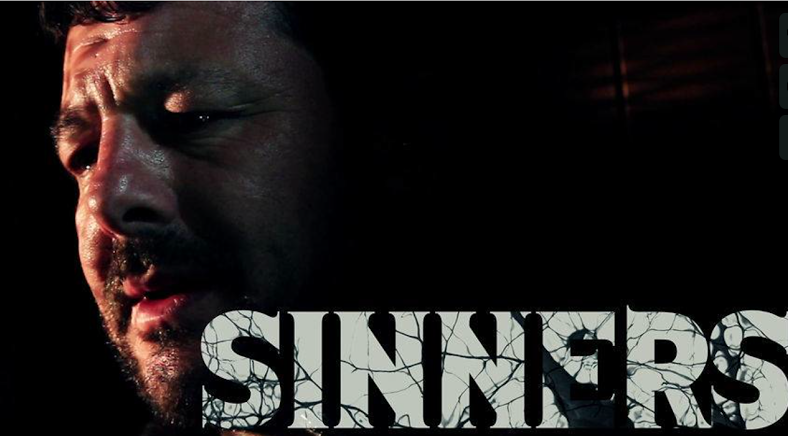 Stephen Hall, a Limerick film maker, has won $10,000 dollars for a locally made thriller ‘Sinners’ in a Canadian festival for horror/ fantasy. The thriller took top prize in the overall $20,000 Horror Black Short Film Festival 2015 that ran off  of Youtube. Stephen Halls Sinners was shot over 72 hours in a church, streets and his own apartment.

Moore was more than actor on ‘Sinners’, he said he helped “to get it off the ground but effectively, the concept and the writing are Stephen’s. We shot it in less than the said time and it was a hard slog. We [three] discussed it pre the shoot and I had a very clear idea as to how I was going to play that character”.

Through the use of minimal equipment consisting of a tripod from Argos, one lens, “a quick running gun”, budget of €10 and permission from St Joseph’s Church’s caretaker for the use of the confession box, his actors created the story: “A man (Zeb Moore) confesses his sins in church to a priest (Nigel Mercier) and finds he is not only a sinner but the righteous one”.

Highlighting the team work before and post production, Zeb Moore explained that the tight deadline they had “was part of the fun of it. We wanted to see what we could achieve and to what standard.”

Hall is a graduate of LIT’s film making course and made the four and a half minute thriller almost two years ago. He explained that he “entered the film online in the competition and to be considered by the judges, it had to be rated in the top 10 on Youtube with ‘likes’”.

Hall was announced the winner on Friday 27 March and spoke to the Limerick Post saying, “This is really, really cool. The money is unbelievable, but what is really brilliant is the worldwide distribution of ‘Sinners’ in a pack with horror-themed tee-shirt, magazine and stuff like a Hannibal themed stress ball.” The DVD will be sent to thousands of homes through a subscription service run by the distributor, Nerd Block.

Delighted that he can fund his next project with the win, Hall is busy on the Trilogy project of films funded by €10,000 from City of Culture. This is managed through Film Limerick/ Behind the Scenes with others such as ‘Lost and Found’.

Stephen Hall’s talent and work ethic is greatly admired by those around him and it has earned him global recognition while in his young years.

Check out his video below.

UL announced as Smarter Travel Campus of the Year