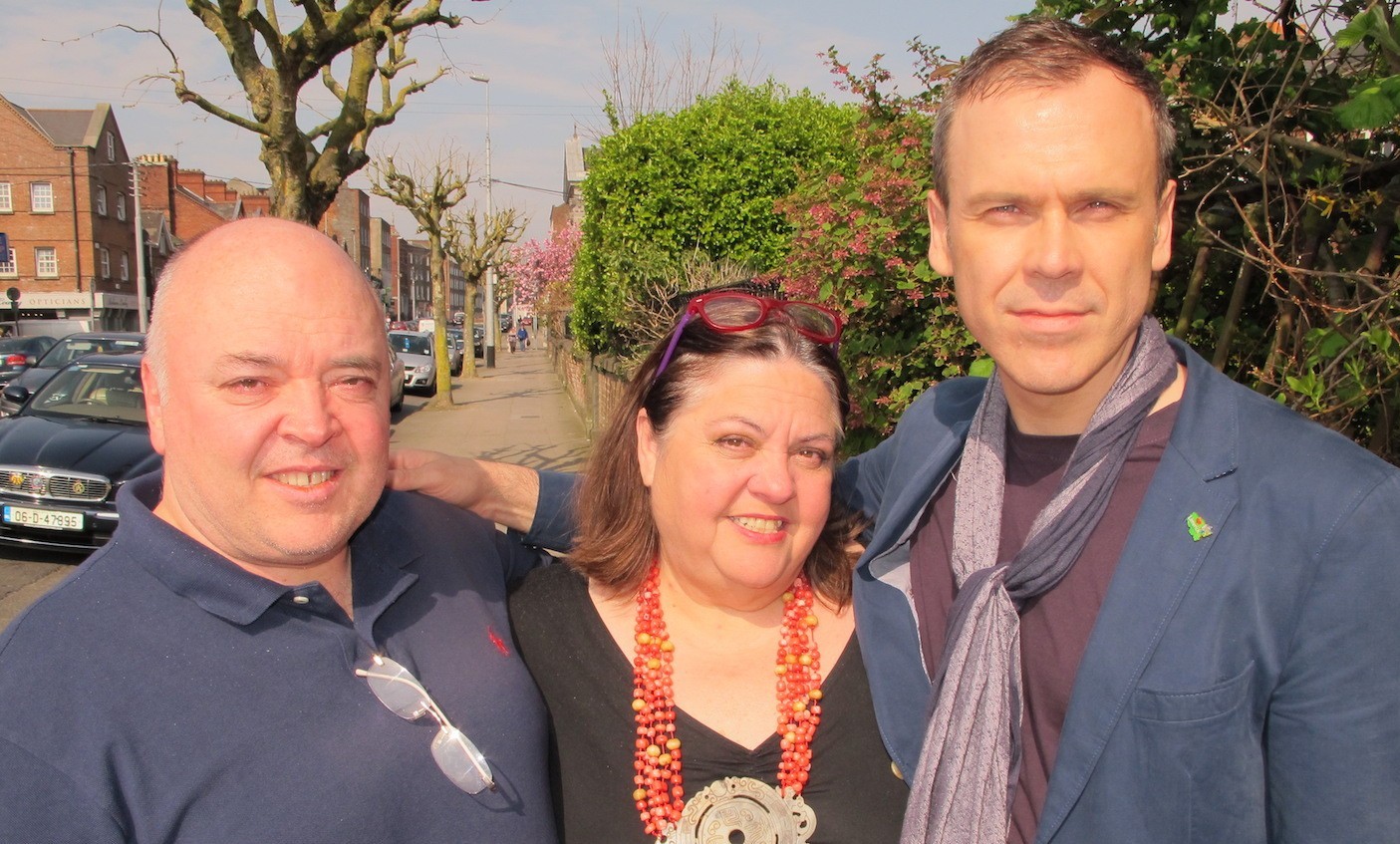 Picture: Richard Lynch with Allan McCullough, President of Canada’s non-profit Child Safety Research & Innovation Center and Parry Aftab, Executive Director of WiredSafety.org, who is considered one of the founders of the field of cyberlaw. Picture: Billy Butler.

An international conference on cyber-bullying is to put the young  people of Limerick and Clare at the centre of efforts to improve online security and inform policy for social networks, legislators, the gardai, media, mental health professionals and others.

Over 200 children from the Midwest aged from 10 to 14 are being invited to the Stop Cyberbullying Youth Summit in Limerick on May 7 at the Millenium Theatre in Limerick Institute of Technology. The event is being brought here by US charity WiredSafety and its founder Parry Aftab partly in tribute to the late Phoebe Prince, the County Clare teenager and former Villiers student whose suicide in the USA in 2010 followed a vicious campaign of bullying from fellow high school students both on and offline. Phoebe Prince’s case was high profile, both in Ireland and in the USA. And while Ms Aftab believes the internet is ultimately a force for good in the world, she says cyberbullying can do untold damage to young minds. She founded WiredSafety.org, which today has 16,000 volunteers in 76 countries. Ms Aftab, an American lawyer, has been recognised by everyone from the White House to the United Nations as one of the world’s leading experts on online safety, particularly as it relates to children. “The internet is neutral. It just depends what you do with it,” she said. “You need only read Lord of the Flies”, she added, to see that children have always had the capacity to be cruel towards one another.

Technology, she said, allowed kids who would never misbehave in the real world to become bullies online and had added an entirely new layer of stress and anxiety on young people today. But you also get the kids who are victimised offline anonymously becoming bullies online. “We also have people who will step up like Robin Hood, or vengeful angels. They will see something going on around them. They wouldn’t step in in real life because they might be beaten up but they will do it online.”

Participants and sponsors include not only companies like Google, Facebook and ask.fm but also specialists from Interpol and those whose lives have been turned upside down by cyber-bullying.

The event is free but by invite only. If a school wishes to attend they can email Parry at [email protected] for more info. Ms Aftab is also appealing for volunteers from third level organisations and community groups in Limerick to get involved.