By Richard Lynch on October 30, 2018@richanthon 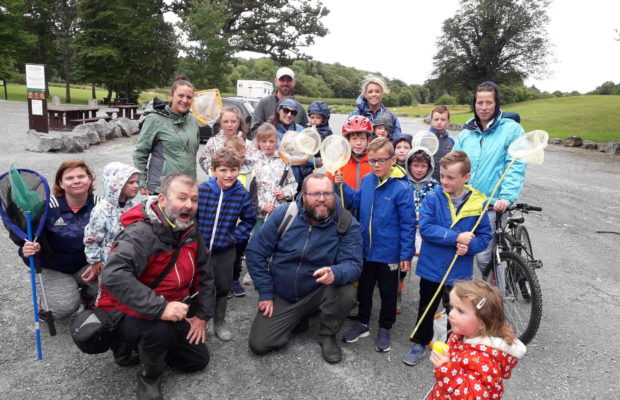 An Taisce’s Living Limerick celebrated Heritage week, with events that engaged adults, children, tidy towns and community groups around the natural world, right on their doorstep.

Heritage is much more than bricks and mortar it includes the wide variety of life found in our gardens, hedgerows, rivers and parks. This year’s theme was ‘stories around nature’.

“Many species are under threat due to habitat loss. The aim for heritage week was to provide an opportunity to raise awareness, and educate the wider community,” Mr. Hartigan said.

The week started off at the Cappamore show, farmers, gardeners, young and old all had a story to share, and they were intrigued by the interesting ‘weeds’ that had been brought along on the day.

The pop-up nature garden on the day consisted of native trees and flowers. Mountain ash, oak and birch all support hundreds of species of insects that in turn are eaten by birds.

The thistle on prominent display received widespread attention, and a few confused looks, till people realized how good a plant it is for wildlife. Pollinators feed on the flowers, small birds like Goldcrests on the seeds, and ladybirds eat blackflies found on the stem.

The next destination was Curraghchase Forest Park for a bat and moth night. Living Limerick joined by bat expert Dr. Kate McAney, from the Vincent wildlife trust, and members from Limerick Bat group began their journey.

Visitors hoped to see and hear the special tenants in the ruins of the De Vere house. Lesser Horseshoe bats are known to be living in the basement. These bats are scarce in Limerick, and are a westerly species in Ireland due to the mild climate.

“They can’t bend their knees so hang upside down from the ceiling, they also have a unique warbling call. It is hard to believe that bats can have such beautiful voices,” Mr. Nolan said.

People with prior experience around bat surveying, explored the house with Kate to see how the bats were using the place. Most of them got to experience the songs of the lesser horseshoe bat.

The rest of the kids and adults went on a bat and moth walk with Sean and Albert. Who started off by showing the group how to use a bat-detector. Bats call or echolocate at different frequencies, and a bat detector converts the calls into a sound a human can hear.

Kate had kindly loaned some of her bat collection, for all to see. Most were surprised at how small the bats really are, and how delicate their wings are. 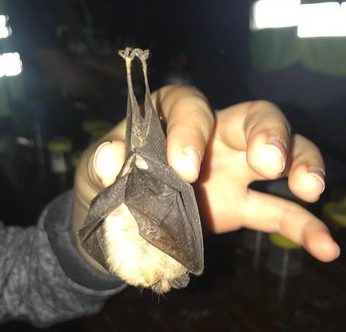 Dr. Kate McAney loaned her bat collection for all to see.

Cats are great predators of bats, and often wait by the roosts to catch emerging bats. As responsible pet owners, we can help by keeping cats in an hour before and after dusk.

Bats are fully protected by law, and it is illegal to disturb them at their roosts. Each night they eat around 3000 insects, and this is a vital and free pest control service.

A moth trap was set up on the night on the lawn by the pond. The bats around took advantage of the great catch.

The next event was pond dipping, and insect safari again at Curraghchase. A very large crowd of adults and kids turned up for this mid-week nature adventure.

The day took off by showing the kids the differences, between a pond dipping and butterfly net, so that they could be properly used.

A wide flower and grass filled margin by the edge of the pond attracts a lot of insects. When swept through with nets, they revealed an abundance of nature. Caterpillars of moths, flies and spiders all a part of the food chain for wildlife.

The catch also included a few hard working bumblebees, as they were gathering pollen and nectar for flowers.

“Pollinators are declining across Ireland due to lack of food, and we can all help in our communities and gardens, by growing more pollen and nectar-rich flowers,” Mr. Nolan explained.

Next on the itinerary was, pond dipping. The water in Curraghchase forest park is rich in insect life, and soon there were trays swimming with wildlife. The kids and adults were mesmerized. They loved the way the different creatures moved through the water. Many of the parents remembered heading off with a washed out glass jar, or an old pair of tights, to dip for natures treasures.

At the end families were encouraged to head to their local pond, stream or meadow and discover nature.

Nature stories in English, Irish and Polish was a very popular event. Jim McNamara recounted tales in Irish, Albert in English and Lukasz Krzywon in Polish. It was interesting to hear different stories and how nature is part of everyone’s culture. 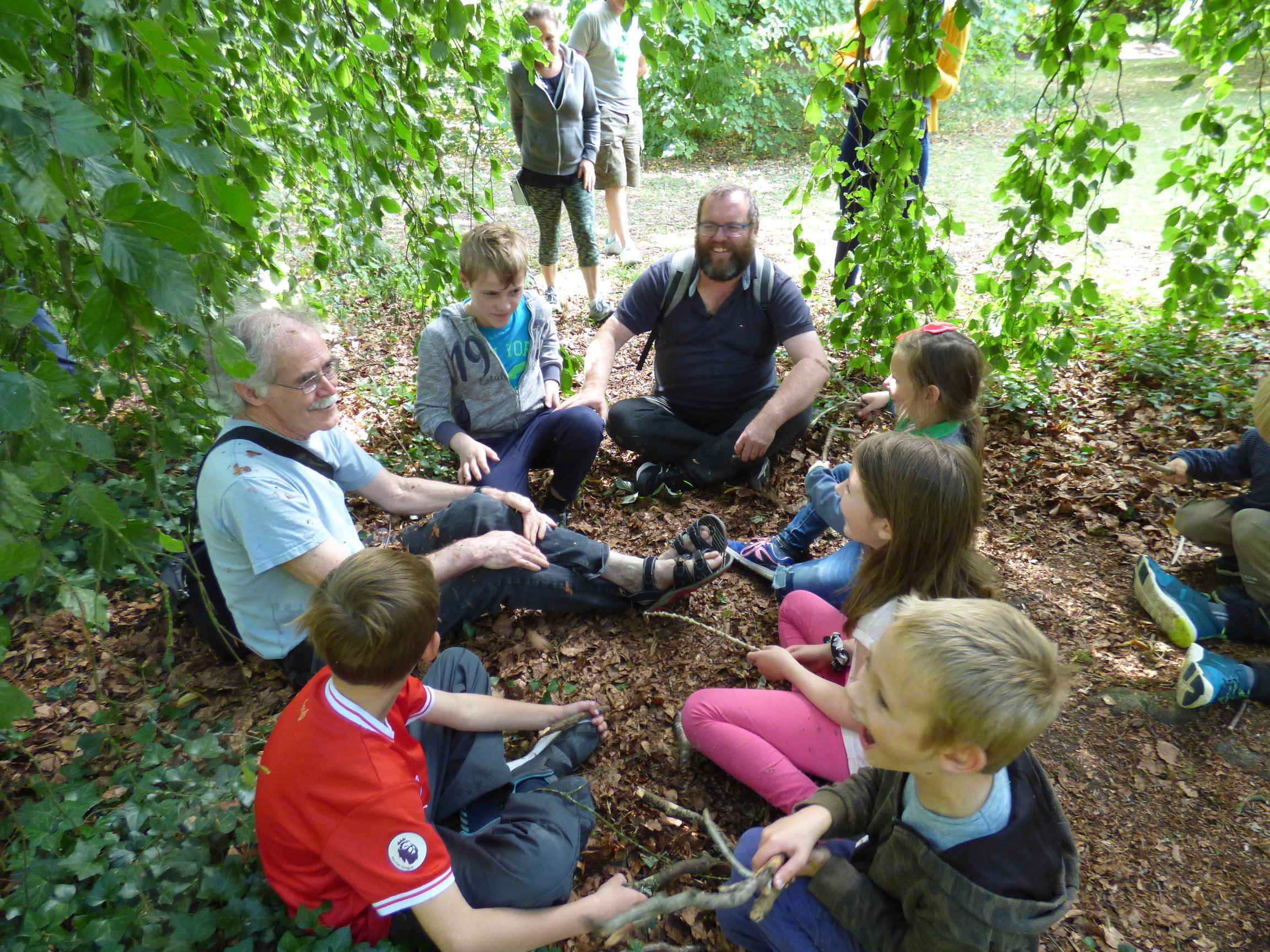 Living up to its theme the nature story event was quite the success and a big hit with the children.

“Trees are especially important and the first Irish alphabet was based around the trees. Trees are brilliant for wildlife and also for kids to climb and swing from. Thankfully on the walk we had a few ‘human monkeys’ and I think both the trees and kids are mutually beneficial for each other,” Mr. Nolan added.

A quick lunch and then it was time to set up the drums as Lukasz gave everyone a brilliant introduction to ‘drumming and nature’.

Lukasz took everyone on a very exciting bear hunt using the drums, their own voices and hands and songs. It was followed by a freestyle session where all present discovered their own inner beat.

The following day had pond dipping and insect safari followed by a drumming session to mark the end of heritage week.