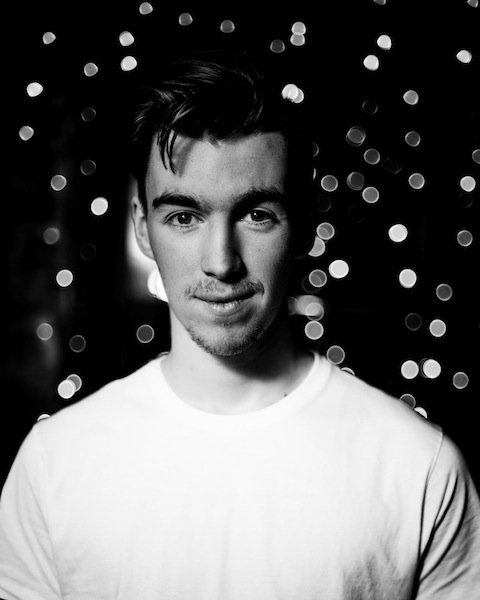 Adam took over the café in September 2015 and following 8 weeks of renovations the Stormy Teacup reopened it’s doors under a new and fresh management. Adam is one of the most impressive nineteen year old as he dropped out of the University of Limerick to pursue his dream of owning a venue that he could have complete creative control over. Adam not only wanted a café but a space which he could turn into at night time venue, “that’s exactly what we’ve done as the night time events side of things is really taking off.”

Adam told us of the many different events that take place in the Stormy Teacup including Comedy nights, album launch parties, film launches, political events, book readings, talks. That evening he had a charity clothing swap shop event on as well as Thomond Sessions, which take place monthly in the Stormy Teacup. Adam was so excited about the night time events he said he always wants people to wait and see the place at night time, “if you think it’s amazing during the day just wait until the night time.”

That’s something he really wants people to realize that the Stormy Teacup has transformed from what it use to be, it’s a café during the day but a venue for all things quirky at night time. The café and nighttime venue has been noticed by the Irish times for ‘Best café’ and ‘Best newcomer’ in 2015 having been only opened 3 months prior to the nomination. Adam told me that he was in disbelief of this nomination, “we were open for three months when we the nomination so we honestly couldn’t believe it.”

The café serves 50 loose leaf teas, award winning locally roasted artisan coffee and have over 9 Hot Chocolates on offer. Everyone and anyone walk into the Stormy Tea Cup from all over the world due to Adams amazing social media skills pushing the business.

Adams mentality about the business is just a breathe of fresh air as he lives life day by day and takes everything thrown his way in his stride. Adam made a playlist on Spotify called ‘the stormy play list’ months before any take over happened with the outlook that this business would soon be his and that’s exactly what happened, he said, “this playlist will be played in the café.”

Adam is very family orientated as he loves his twelve-year-old brother coming into the Stormy Teacup with his friends and listening to a particular album that he had heard playing in another café in Berlin; Before Adam began the takeover, and that he promised would be played in his place some day.

When we asked Adam to sum up the enter experience he laughed out loud but what he said is captivating, “Its so many things to so many people that its not up to me to decide what this is. He continued on to say, “Your brand is what people say about you and my time is better spent making feel good about their experience.”

If you haven’t visited the Stormy Teacup already definitely pop in because I promise you it will not disappoint!