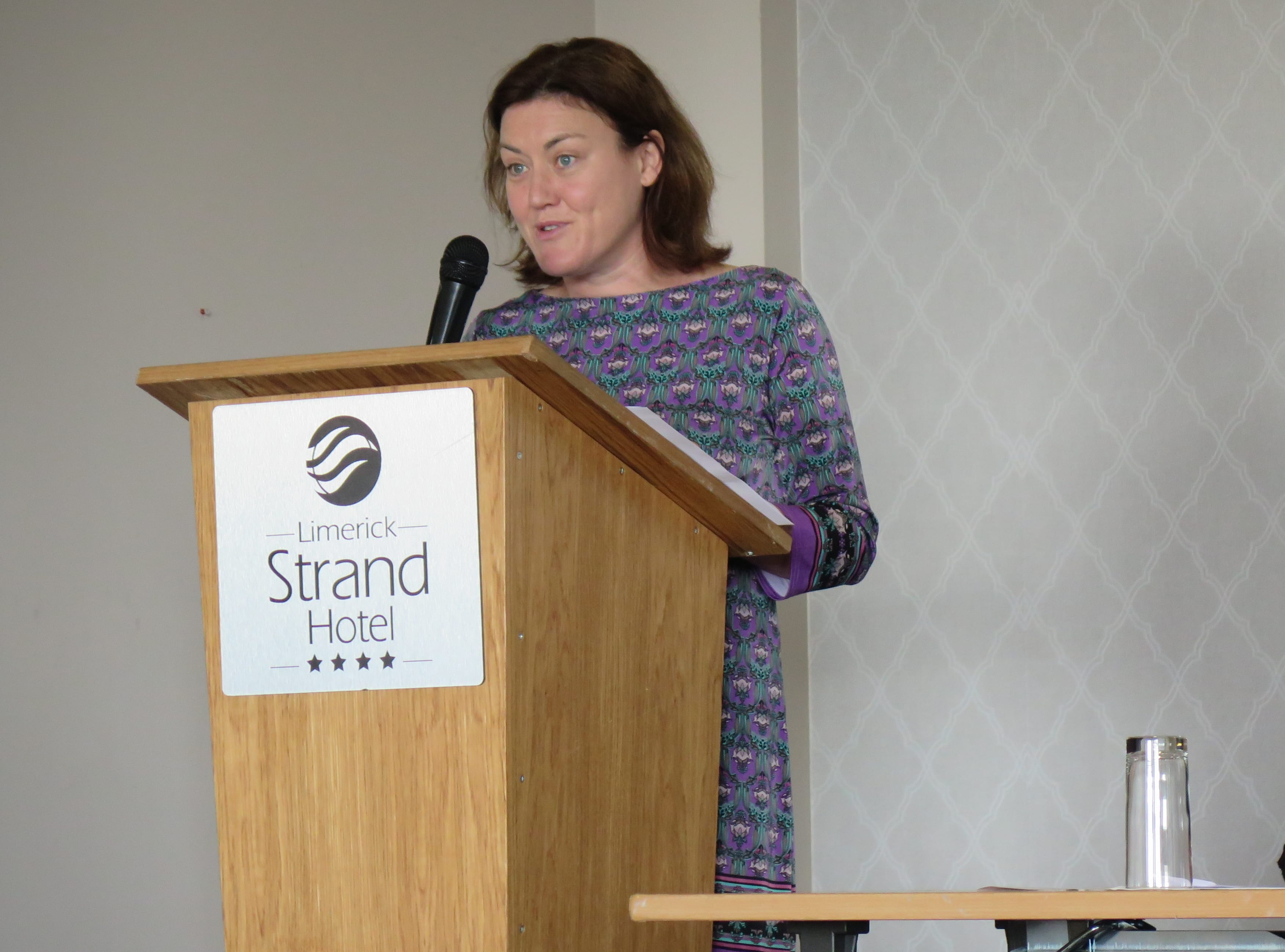 The Strand Hotel played host to a symposium of talks about Africa and Irish Aid, the talks were set up in an interactive World Café style to maximise participation.

The talks were focused around the theme of Africa Day 2017-‘Beyond Africa’ and what that means. The event opened with 4 speakers talking about what ‘Beyond Africa’ means to them and after that, the public were encouraged to ask questions and provide feedback.

Leonie Kerins, CEO of Doras Luimni kicked off the seminar by running through the order of events for the day and introduced each speaker and what topic they would be covering.

The first speaker was Anne Holmes, a representative from Irish Aid. Irish Aid is the Government’s official agency for international development. Her presentation ran through all the things that Irish Aid do and why they do them.

She said: “We firmly believe that assistance is vital to achieve a fairer and safer world. Our assistance enables countries to work together to address global issues.”

She then covered Irish Aid’s 3 main goals which are reduced hunger, better governance and human rights and finally sustainable development. In Sudan, they provide high nutrient food products for children as well as drought resistant crops.

The next speaker was Lylian Fotabong who gave a short talk on the African perspective. She spoke about how the word Africa means ‘sunny’ in Latin, and what it is like to live as an African in Ireland.

She thanked Ireland on behalf of all Africans for its hospitality and acceptance. She finally talked about how “Africans stand together as one”, she said this is because family is the most important thing to Africans. “To Africans, children are a poor man’s riches,” she said as she wrapped up her speech.

The final speaker was Julian Bloomer, who spoke about his experiences and impressions from Africa. Julian spent five and a half years cycling in over 60 countries around the world.

It took him a full year to cycle from the top to the bottom of Africa as he covered over 22,000 km. He said: “After I got my PhD, I wanted to escape for a while, so I decided that I would cycle North Africa to South Africa on my bicycle.”

Strand Hotel hosts World Café seminar as part of Africa Day 2017 – The final speaker was Julian Bloomer, who spoke about his experiences and impressions from Africa. Julian spent five and a half years cycling in over 60 countries around the world. Picture: Jordan Mac Cormaic/ilovelimerick

He then presented a slideshow of all the photos he took on his journey and talked about the freedom he experienced. He said: “You have everything with you on your bike, so you can just take your tent and setup wherever you want.”

After Julian finished, the people in attendance were encouraged to ask questions to the speakers. The seminar was one of several events being held this week for Africa Day 2017.

Still to come in the week is the Sudanese Cultural Exhibition at Partry House on Friday and the Africa Soccer Cup on Saturday, May 27th at Janesboro Football Club with prizes for the winners.

The final and main event will be a family fun day at the Milk Market on Sunday, May 28th. Activities and Entertainment will include African dancers, a fashion show, Limerick Gospel Choir, face painting and balloon modelling.

A volunteer recognition event will take place in City Hall afterwards with the Mayor presenting certificates to all volunteers involved in this year’s programme.