Strange Boy is a thousand-year-old poet channelling his words through the body of a young Limerick man, Jordan Kelly 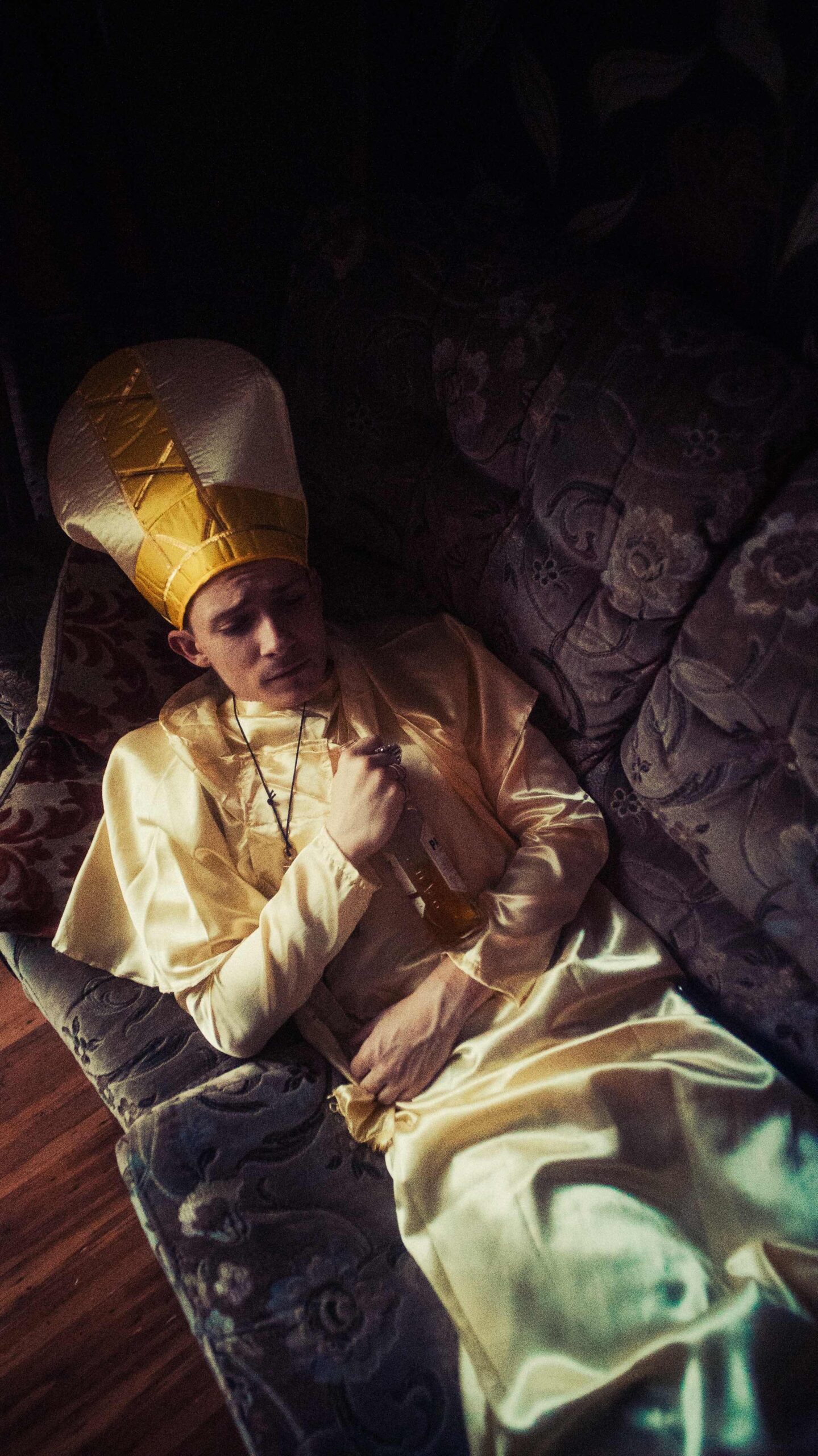 Strange Boy is a thousand-year-old poet channelling his words through the body of a young Limerick man, Jordan Kelly. The hard-hitting, thought-provoking rapper has announced the arrival of his debut album, coming St. Patrick’s Day, 2021, and shares the first single today:

He tells us ‘The Pope’, “is a song written from the perspective of a twelve-year-old child who’s dream is to attain the perks of being the biggest rockstar on the planet, while denouncing all that is sacred and holy.”

The new single, released on the Berlin label Welcome to the New World, is an uptempo Celtic hip-hop track, the kind you can imagine inspiring wild abandon in the midst of a house party when the guitars are brought out. Eased along by a steady but erratic bodhran beat, it provides the foundation for an intelligent, laid back, and facetious saunter around the ingenious mind of Strange Boy.

The video for ‘The Pope’, directed by Chris Schwarz encapsulates the sharp humour and black comedy we have come to expect from artists coming from Limerick over the last decade, as Strange Boy sings on the chorus’ “I want a big house like the pope has, I want lots of fans like the pope has…” holy wine spills from his mouth as he sways in a half-filled pub.

Strange Boy has worked hard to deliver his unique mastery of flow and insightful perspective over the past few years.

He has worked hard to deliver his unique mastery of flow and insightful perspective over the past few years. Following the initial collaboration on ‘It’s Alright’, Strange Boy joined delush’s crew Welcome to the New World – a Berlin-based movement and label “to enable true voices with a true message.” And a fruitful partnership was formed.

Producer/composer Enda Gallery (delush) says: “One year ago, Strange Boy and I had a long phone call about the future of Irish hip-hop. We talked about connecting the ancient Irish culture and its rich music which is our heritage with the music and hip hop culture which is one of the dominant influences on our culture today. I spent the months of lockdown alone at my late Grandfather’s house in Kilfenora and composed 40 pieces of traditional Irish music hip-hop pieces for Strange Boy. This was the first to come to fruition…”

‘The Pope’ by Strange Boy, produced by Enda Gallery, is out now. Stream HERE