Súl Óg was a daylong event at ENGINE, Innovate Limerick on Cecil Street. The event was hosted by and for young filmmakers, including Cal Arnold O’Driscoll, second place winner of Ireland’s Young Filmmaker of the Year awards 2019 for his film ‘Big Bad World’, and Vigga Wagner from Denmark who won the International award for her film ‘Bubblehead.’ Other participants from Ireland’s Young Filmmaker of the Year award 2019 were there on the day too, such as Katie McKenna, the director of ‘Shell’, Oisín McKeogh, director of both ‘The Secret Life’ and ‘Ode to a Dancer’ and Meghan O’Shaughnessy, the director of ‘Stars.’

Súl Óg was aimed at supporting young filmmakers by allowing them to meet up, exchange filming tips and ideas, and forging new friendships with like-minded people. The day, which ran from 10:00 to 18:00, involved panel discussions, a pitching session, masterclasses in Cinematography, Casting and Sound.

Also, in attendance at Súl Óg was Raven, an Emmy Award Winning Cinematographer and editor, who has been involved with producing a documentary and promotional videos for television, NGOs, government bodies, universities, communities, event promoters and performing artists, for up to two decades. Raven gave a cinematography workshop to the young filmmakers.

Rob Flynn was at Súl Óg to give another workshop, in sound. Rob studied Film & Television Production at the National Film School, IADT, specialising in sound design. He has worked on over ninety productions in the sound department, including some of his projects broadcasted on RTÉ, TV3 and Netflix, while some have also been screened at Sundance Film Festival, the Galway Film Fleadh and the Clermont-Ferrand Short Film.

Fresh After Eight was screened that night, following the launch of Fresh Future. Fresh Future is a new patronage scheme, where the public can sponsor Fresh, with donations.

Ella Daly, the Outreach and International Co-ordinator of the Fresh Film Festival, spoke about how people can help and what their contributions would mean, “We’re looking for small, regular donations. Anything from €50 to €500 from an individual. €50 would help to support a young person through their application process and getting their filmed screened. €150 a year would let us provide a workshop in a school, as to lay the groundwork for the development of a young child’s film skills.”

“In 1999, Vincent Lambe won Ireland’s Young Filmmaker of the Year Award at the Fresh Film Festival. In 2019, he is an Oscar nominee. That is the track of young Irish filmmakers. Not all of them will go on to win Oscars, but many will go on to become professional filmmakers. This is the starting point of it all. This is the time to get involved,” Ella added.

Fresh After Eight, was the screening of the best films from Ireland’s Young Filmmaker of the Year Awards 2019. It was a screening that was open to the public for anyone who could not make it to the finals. 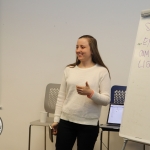 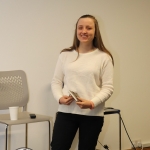 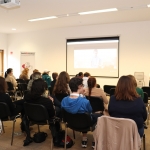 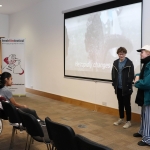 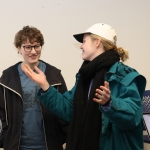 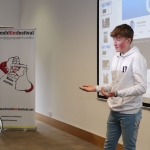 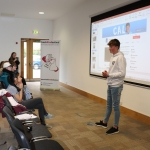 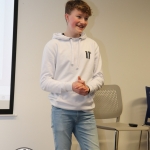 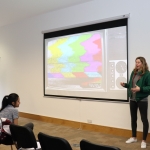 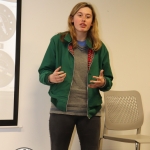 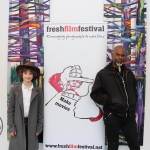 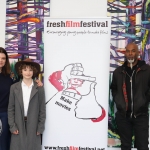 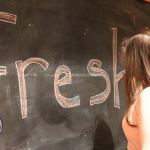 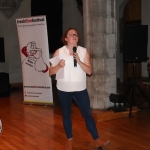 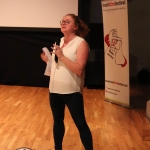 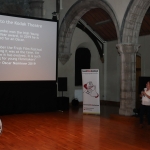