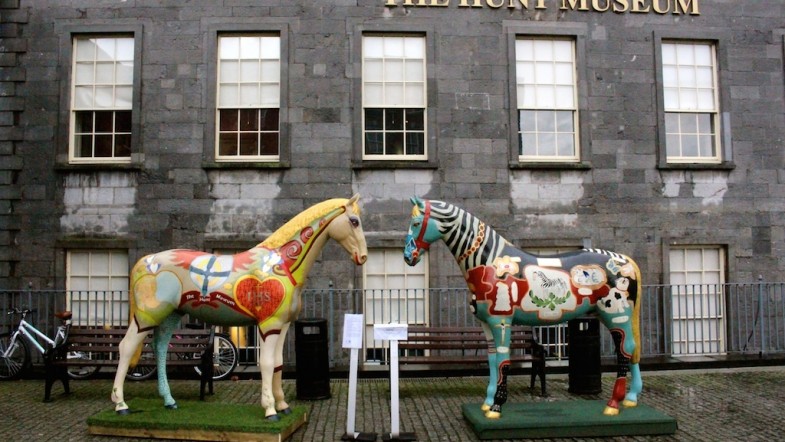 The Hunt Museum Summer Lecture Series 2017 about Jack B. Yeats and Paul Henry.

To accompany the Hunt Museum’s prestigious Summer Lecture Series 2017 exhibition entitled Jack B. Yeats and Paul Henry: Contrasting Visions of Ireland, the Hunt Museum has organised an exciting and varied public programme of events which includes a free lecture series. This has been designed to enable the exploration of the lives and legacies of these artists and will incorporate a range of media and formats. The Summer Lecture Series 2017 will take place from 1 pm to 2 pm, one Thursday per month until September.

Jack B. Yeats and Paul Henry are considered to be two of Ireland’s most important 20th-century artists so it is not surprising that this exhibition has been billed to be of both national and international significance. It features 51 artworks, many of which are not usually on public display and have never been displayed together in one venue. In their distinctive ways, both Yeats and Henry offer an insight into the Ireland of their day which was that of a newly independent Ireland. To learn more about these artists, all are encouraged to come along to this lecture series which is composed of four FREE talks.

On June 15th, the short movie ‘Assembled Memories’ by Irish filmmaker Thaddeus O’Sullivan will be screened. This little known and under-discussed film provide a wonderful visual biography on the artist Jack B. Yeats.

On July 20th, Mark Patrick Hederman of Glenstal Abbey will deliver a lecture entitled Jack and Paul: Two views of the Turf-Cutter’s Donkey. As Hederman explained about Yeats and Henry “They were practically contemporaries…Paul Henry was what might be called a Post-impressionist. He was able to capture Irish landscape and the specific kind of lighting that Ireland enjoys. They’re beautiful but it became standardised so he wasn’t as experimental as Jack Yeats”.

On August 17th, archaeologist and photographer Brian Mac Domhnaill and painters Gentian Lulanaj and Paul Mc Kenna will present ‘After Paul Henry’, a collaborative and interdisciplinary project which has been following in the footsteps of artist Paul Henry and his wife Grace by engaging with the landscapes and people they encountered during their time in the West of Ireland. The art resulting from this on-going project will be presented and the artists will talk about their interactions with the work of Paul Henry and his subject matter.

The lecture series will conclude on September 14th with a talk by Eoin Devereux (Department of Sociology, UL) editor of David Bowie: Critical Perspectives. He will explore how David Bowie was inspired by the artwork and outlook of Jack B. Yeats.

Also, watch out for the planned Summer Symposium exploring Yeats and Henry. It will take place on September 6th.