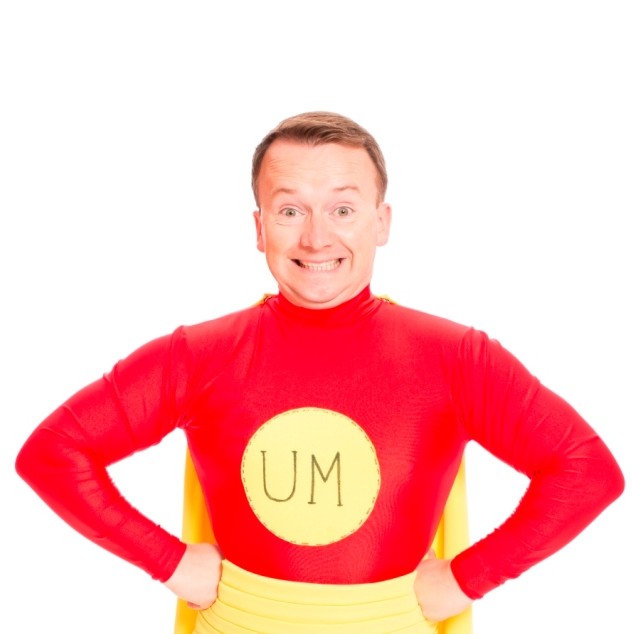 UCH Panto star Richie Hayes , who wowed audiences as “Unbelievable Man” in Jack and the Beanstalk, “Wishee Washee” in Aladdin & “Buttons” in Cinderella , returns to Limerick this summer to run the first ever Summer Panto Camp at UCH and your child can be part of it!

For children and young teens aged between 7 and 16, the week long courses are the perfect platform for budding stars who love to sing, dance and act. They are also an ideal way to build confidence, make new friends and of course, have fun!

At Panto Camp, students will enjoy classes, activities and workshops focused on musical theatre, singing, improvisation, stage combat and much more. With classes organized according to age, all levels will be catered for!

Richie Hayes became a household name in 2012 when he appeared in “The Voice of Ireland” and “Celebrity Bainisteoir”. He has starred in and directed Pantos in UCH, the Gaiety and in his hometown of Waterford as well as fronting the world famous Jury’s Irish Cabaret, running one of the country’s most successful Stage Schools for over 8 years and having 4 top ten singles in the Irish Charts.

Richie runs UCH Panto Camp with his wife Erica who starred as Cinderella’s Fairy Godmother in the 2014 Helix Panto.

All Panto Camp students will be invited to audition to become part of the Children’s Chorus in the 2015 UCH Panto, Sleeping Beauty.

Panto Camp runs in July and August for one week both months. You can choose from Monday 13th to Saturday 18th of July OR Monday 17th to Saturday 22nd of August.  It starts at 9:30am until 3:30pm daily. AGES 7 AND UP. Fee per child: €95 and deposits are taken.