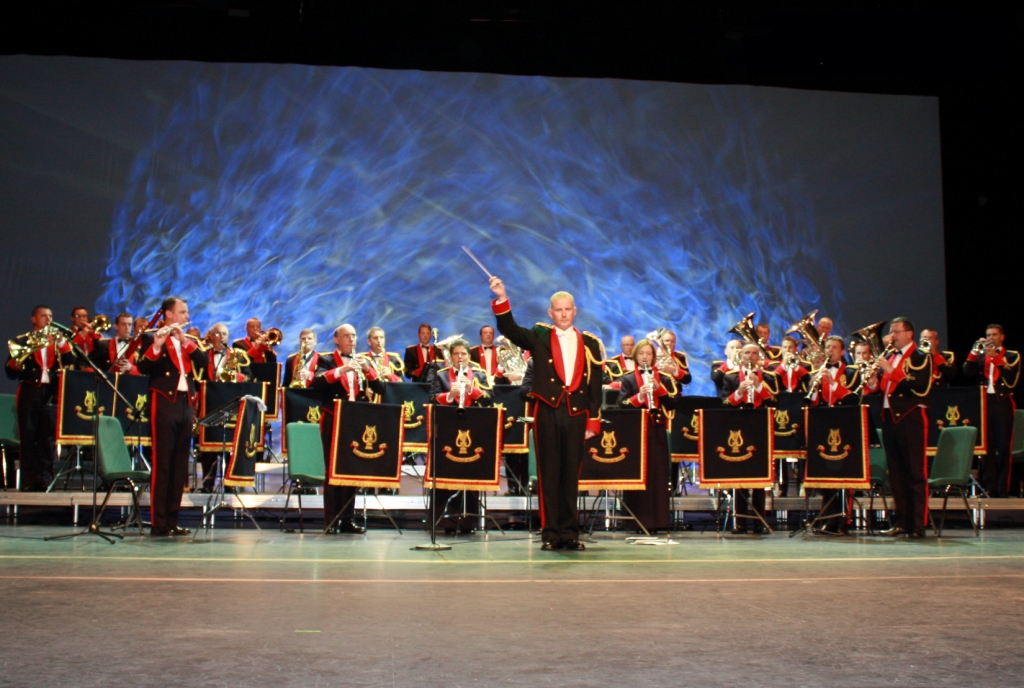 MILITARY BANDS AND PIPES OF THE DEFENCE FORCES SUMMER PROMS 2019

MILITARY BANDS AND PIPES OF THE DEFENCE FORCES
SUMMER PROMS 2019

The mighty Military Bands and Pipes of the Defence Forces, under the baton of Captain Brian Prendergast, return to University Concert Hall for the now annual Summer Proms, performing delightful operatic arias, musical numbers and rousing military band tunes. Limerick’s Sarah Dolan (soprano) will join them for what will be a hugely enjoyable evening of music on Saturday 22nd June at 8pm.
Expect beautiful, traditional songs such as I Dreamt I Dwelt in Marble Halls, Danny Boy and There Is An Isle, classical favourites including O Mio Babbino Caro and wonderful band numbers such as the French Military March, Boogie Woogie Bugle Boy and much, much more!

The Defence Forces School of Music was established in 1923 with four military bands being formed during the early years of the Irish state. Defence Forces Bands continue to perform at all major military and state ceremonial occasions including all Presidential Inaugurations from that of the first president of Ireland, Douglas Hyde to the present day. Defence Forces Pipe bands also play an important part in many ceremonial and sporting occasions and are probably best known from their performances during the Dublin Horse Show in August of each year.

Soprano Sarah Dolan will join the Militiary Bands and Pipes of the Defence Forces for the annual Summer Proms in University Concert Hall, Limerick on June 22.

Sarah Dolan holds an honors Degree in Vocal Performance from the DIT Conservatory of Music and Drama, a Masters in Music from the San Francisco Conservatory and she was a recipient of the Thomas Moore Vocal Bursary which led her to be a featured artist on many of the recital stages throughout Ireland. She has also enjoyed many appearances both in the USA and Germany and has been described by the Washington Post as giving “a moving, authentic vocal interpretation of, ‘The Last Rose of Summer’”.

Captain Prendergast began his army career in 1981 as a euphonium player in the Band of the Southern Command. From 1992 until his commissioning in 2005, Captain Prendergast was principal bassoonist with the Band of 1 Southern Brigade. He was appointed Conductor of the Band of 1 Southern Brigade in 2007. At present he is principal conductor of Cork Barrack Street Band and continues to have a keen interest in the development of amateur bands.

For more information on The Military Bands and Pipes of Defence Forces concert, click here.

For more information on The Defence Forces School of Music, click here.

For More stories on Music Schools in Limerick, click here.