The University of Limerick Orchestra presents their annual Summer Proms Concert at University Concert Hall Limerick on Saturday 6th May at 8 pm, under the baton of Conductor Liam Daly. This year the orchestra celebrates its 25th year in operation with a special evening of entertainment. The University of Limerick Orchestra was established in 1992 in a small room on the UL campus with just 23 members. To mark this occasion the orchestra will perform from Gustav Holst’s Brook Green Suite, one of the first works performed at the orchestra’s inaugural concert 25 years ago. 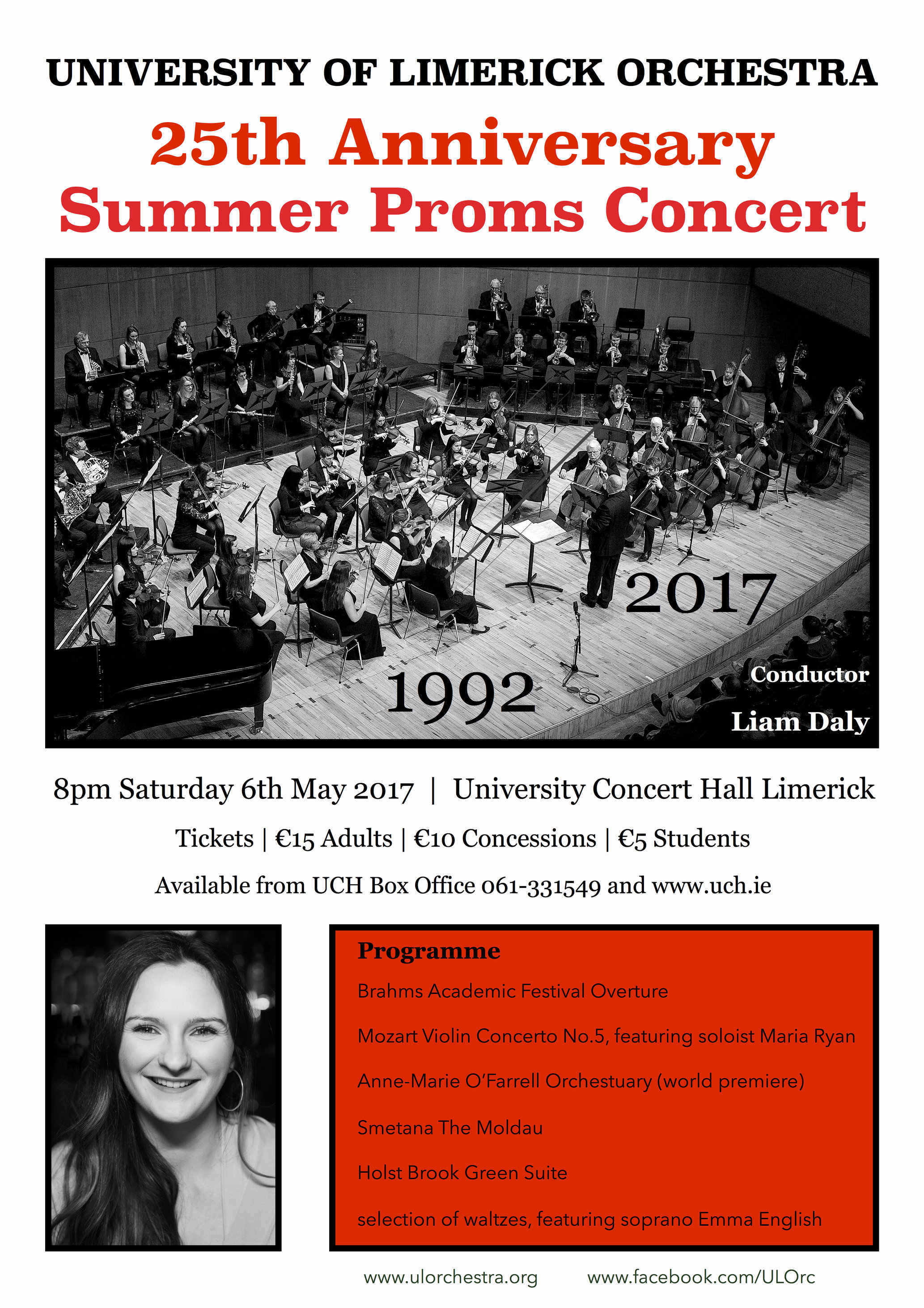 Guest soloist for the evening will be Limerick’s own Maria Ryan, performing Mozart’s Violin Concerto no.5 in A major. At just 23 years old Pallasgreen native Maria has received numerous awards for violin performance, including Senior Concerto Competition during her undergraduate studies at Cork School of Music. She is currently completing her second year Masters in Performance in Gothenburg, Sweden.

The orchestra looks forward to performing the world premiere of Orchestuary by Anne-Marie O’Farrell, composer in residence at Mary Immaculate College. This work has been specially commissioned to mark the 25th Anniversary of the University of Limerick Orchestra, with support from The Arts Council of Ireland.

Also on the programme is the aptly named Academic Festival Overture by Brahms, and The Moldau from My Homeland by Smetana. In the spirit of the Proms, we will also perform a selection of popular Marches and Waltzes.

For more information about events in Limerick click here