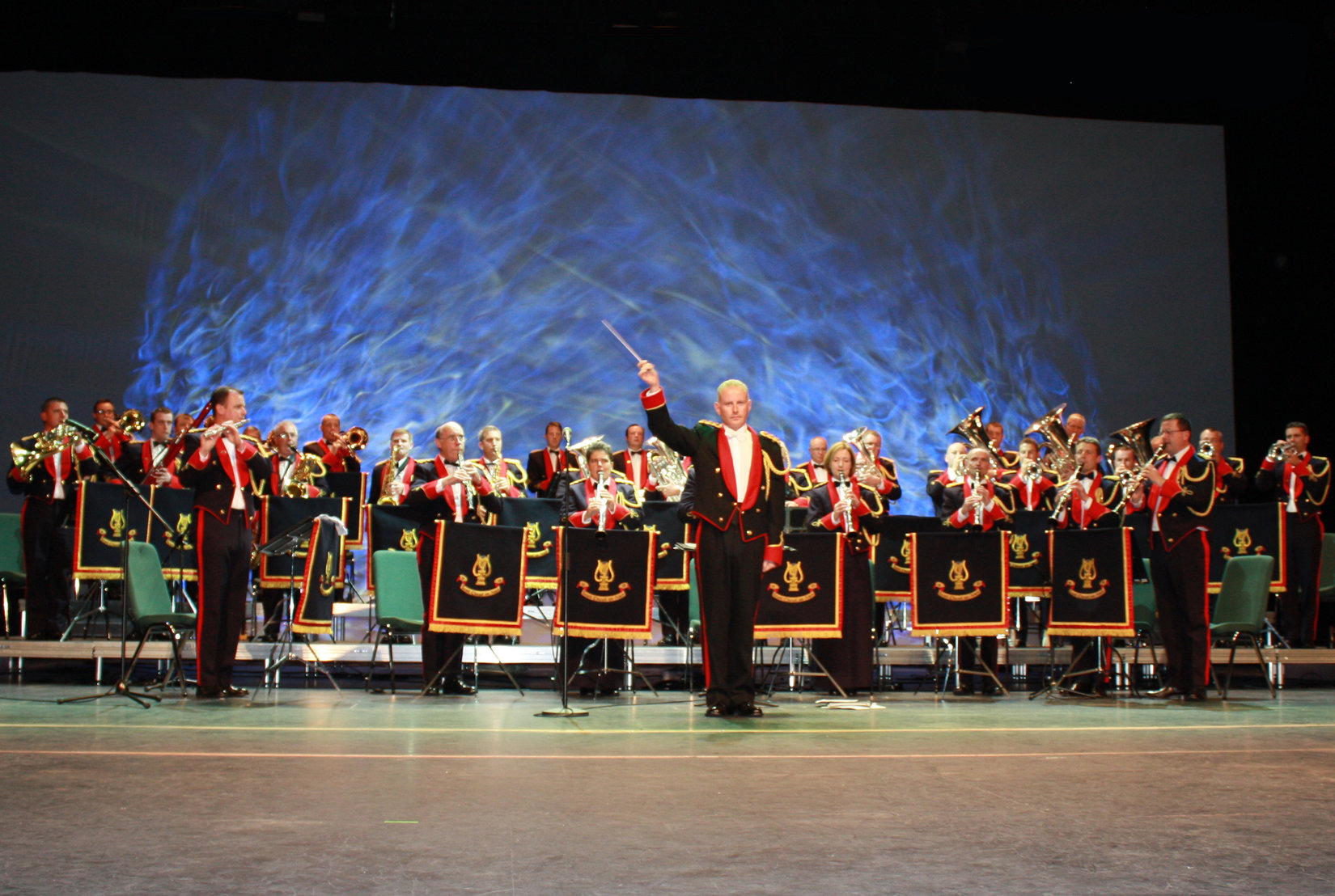 The mighty Military Bands and Pipes of the Defence Forces, under the baton of Captain Brian Prendergast, perform delightful operatic arias, musical theatre numbers and rousing military band tunes in University Concert Hall’s Summer Proms concert. Limerick’s own Mairéad Buicke (soprano) and Owen Gilhooly (tenor) join them for what will be a hugely enjoyable evening of music on Saturday 10th June.

Expect well-known favourites such as Puccini’s O Mio Babbino Caro, Bring Him Home from Les Miserables, a Mancini medley including gems such as The Pink Panther and Moon River, Boogie Woogie Bugle Boy, the famous John Williams’ Star Wars theme tune, Sinatra classics including Fly Me To The Moon and much, much more!

Following the success of A Nation’s Song which commemorated the 1916 Centenary last year, University Concert Hall is delighted to welcome the bands of the Defence Forces back to Limerick.

The Defence Forces School of Music was established in 1923 with four military bands being formed during the early years of the Irish state. Defence Forces Bands continue to perform at all major military and state ceremonial occasions including all Presidential Inaugurations from that of the first president of Ireland, Douglas Hyde to the present day. Defence Forces Pipe bands also play an important part in many ceremonial and sporting occasions and are probably best known for their performances during the Dublin Horse Show in August of each year.

Mairéad Buicke’s concert engagements have included those with the RTÉ National Symphony Orchestra, the Orchestra of St Cecilia, the London Royal Philharmonic Orchestra and her debut in a series of Viennese Concerts for English Northern Philharmonia.

Captain Prendergast began his army career in 1981 as a euphonium player in the Band of the Southern Command. From 1992 until his commissioning in 2005, Captain Prendergast was principal bassoonist with the Band of 1 Southern Brigade. He was appointed Conductor of the Band of 1 Southern Brigade in 2007.  At present, he is principal conductor of Cork Barrack Street Band and continues to have a keen interest in the development of amateur bands.