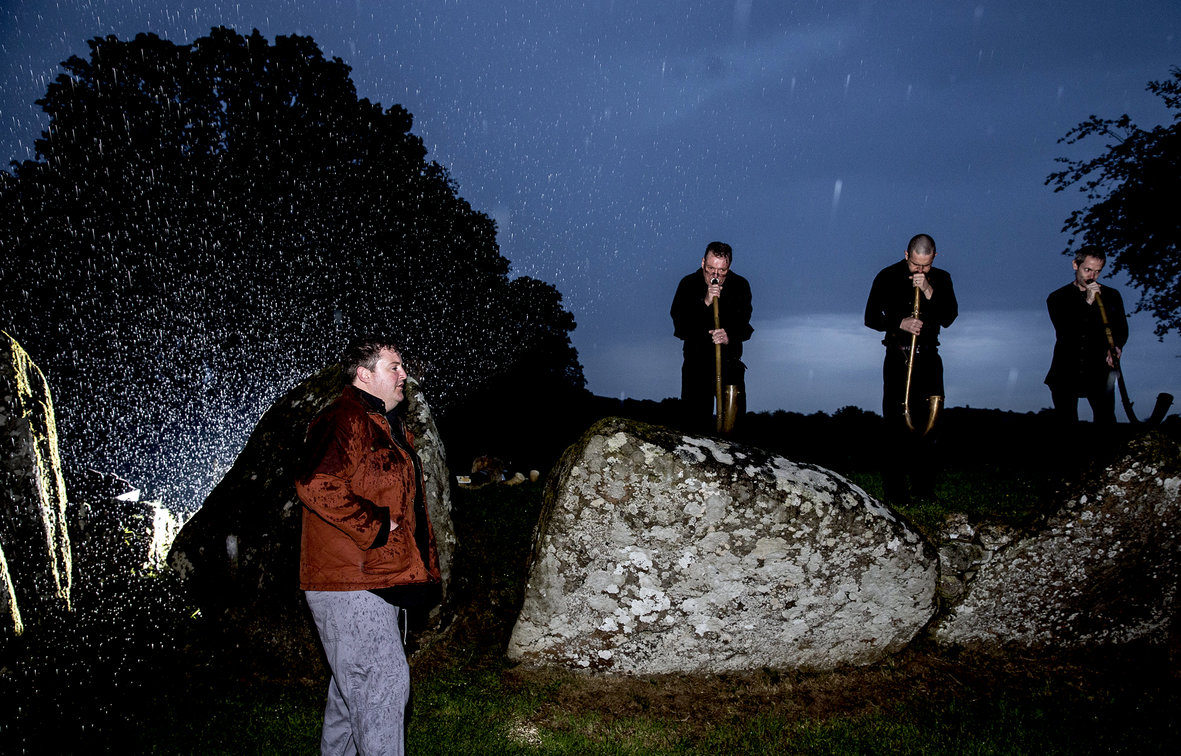 The summer solstice was welcomed in spectacular sound and style this morning as one of the world’s finest stone circles, the Grange Stone Circle in Lough Gur, Limerick hosted a special dawn greeting.

An ensemble of bronze-age and iron-age instruments – including replicas of ancient cow-horns – played by Ancient Music Ireland, together with the spiritual and Celtic singing of Nóirín Ní Riain and her son Moley O Súilleabháin, cut through the morning rain to greet the dawn at the circa 4,000 year old site just 20 minutes from Limerick city. 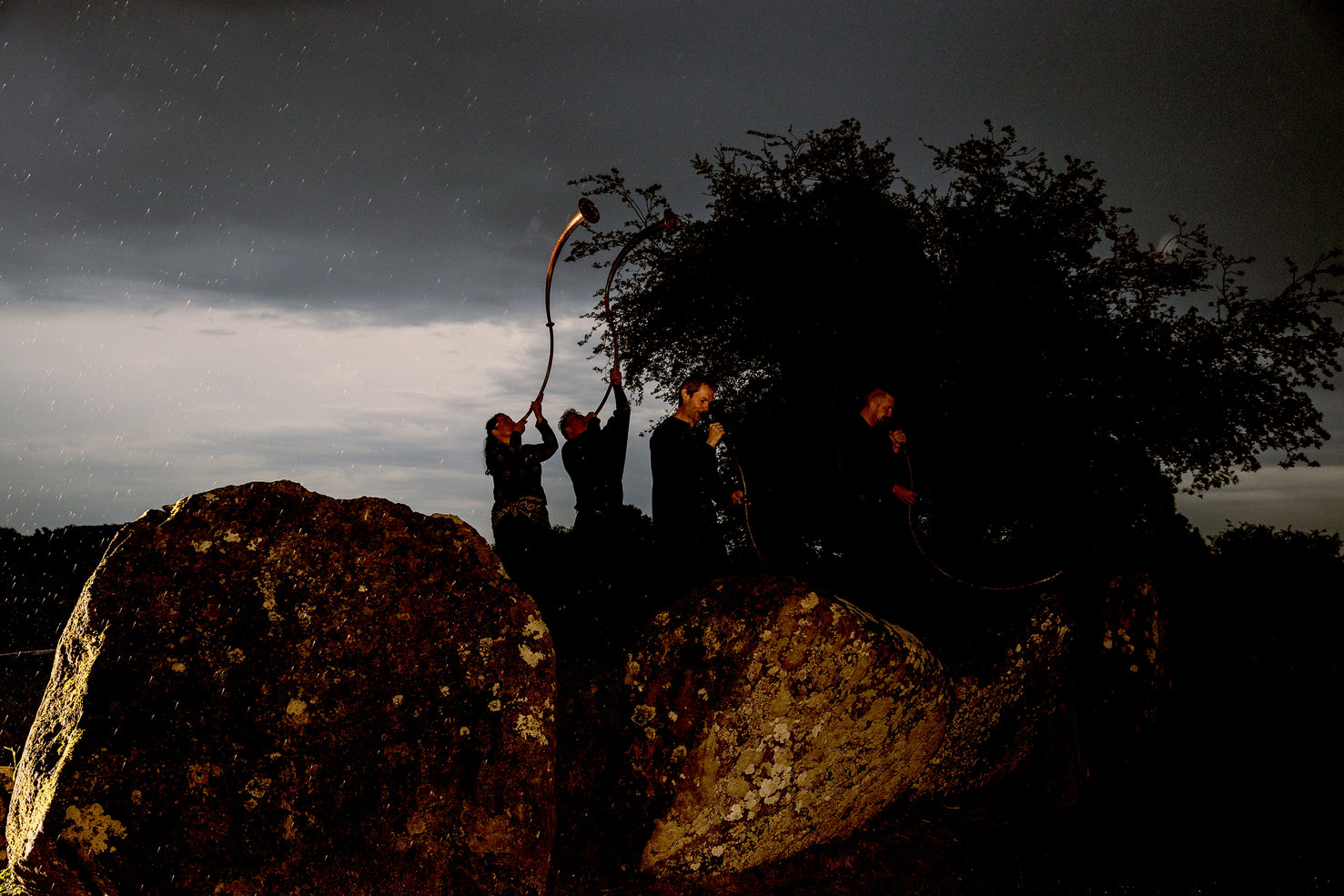 Many had gathered overnight, staying in tents and camper vans adjacent to the site, ready for the solstice as it arrived shortly after 5 am. And while the overcast conditions dulled the eagerly anticipated visuals somewhat, the sense of occasion was undimmed.

Said performer Billy MagFhloinn of Ancient Music Ireland: “It was a privilege to perform here this morning.  The Summer Solstice was obviously a very significant time thousands of years ago but it’s great to see that people still see the significance of it.

“It’s a very special morning and there’s no place I can think that would be better to greet it than at the Grange Stone Circle on the shores of Lough Gur. There’s nowhere like it in the world.”

The site’s uniqueness is a confluence of acoustics and astronomy achieved by its designers all of 4,000 years ago.

“It is a well-kept secret but more and more people are starting to find out about this area and they are coming to visit.  It’s events like this morning that really helps us to make sure everyone knows about this area and that they come to visit Lough Gur, just 20 minutes from Limerick City.”

Majella O’Brien, Tourism Officer with Limerick City and County Council said that the Lough Gur area is one of the most important and captivating ritual areas of Ireland and, indeed, Northern Europe.

“From a tourism perspective, it is both stunning and historically significant.  It’s the largest stone circle that exists in either Ireland or the UK and part of a wider ritual landscape that includes over 1,000 sites in a 5km radius of Lough Gur, which is a stunning sheet of the waterway in its own right.  Many people don’t know about it but that is changing year on year and our objective is to ensure that it is sustainable but still allows the public to enjoy it.”

Visitors certainly did. Said Colleen Wimmer from the US:  “We’re on holidays for my son to learn fiddle music and were going to be here on the summer solstice.  We heard of the possibility of something happening here. I thought it was astoundingly beautiful, especially with the music. You can get a feeling of maybe what it was actually like. The horns were really just tremendous, plus the singing. It’s perfect.”

Wendy Chant from Western Australia built her trip from Australia to take in the summer solstice at the Lough Gur site:  “I have come over to retrace some old memories and this was a part of that journey.   It’s a long trip but I came for this and it was moving. Very moving.  It was great to see so many people still supporting the old ways. It’s pretty special to have something like this just around the corner from you.”