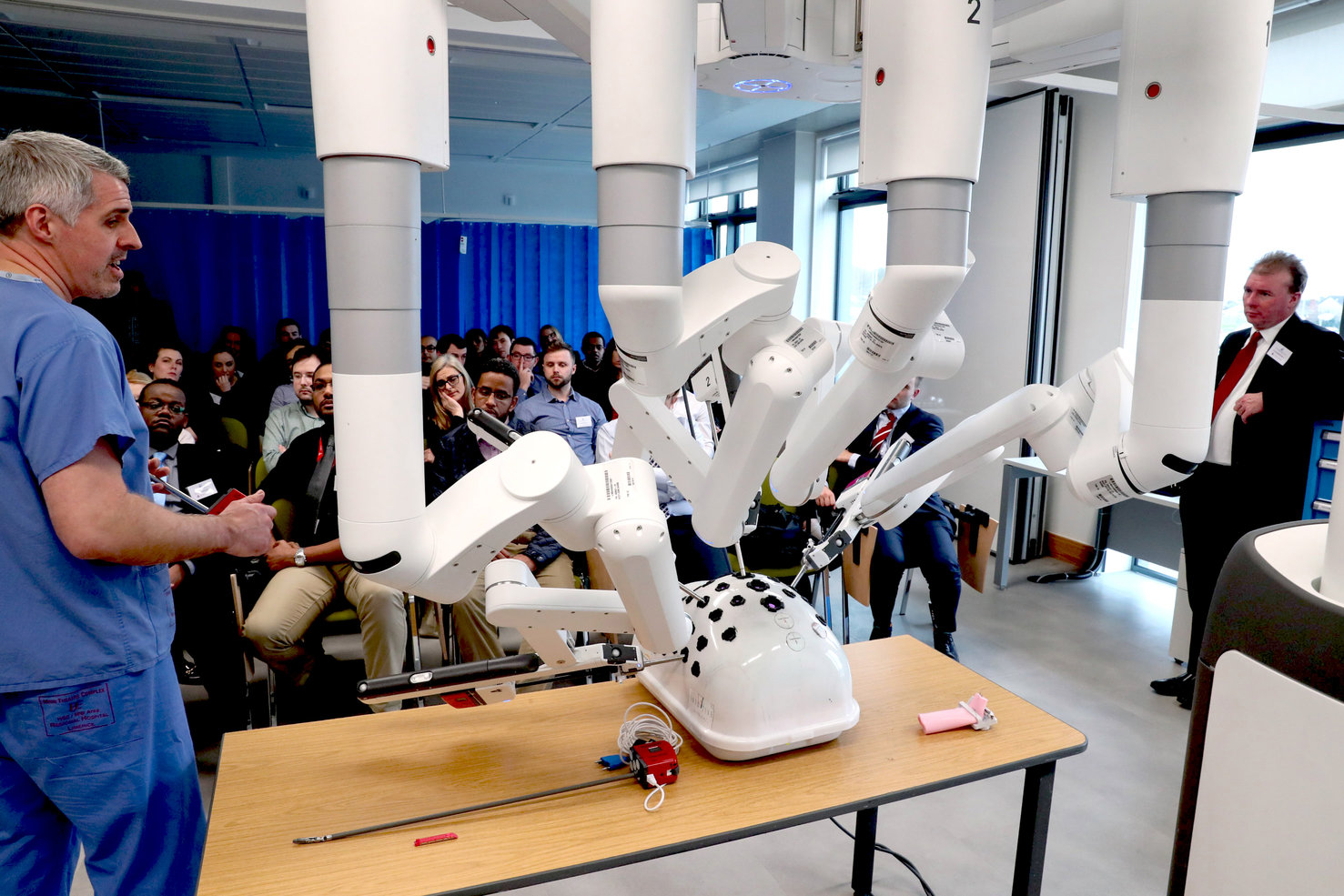 The Sylvester O Halloran Perioperative Scientific Symposium is being held in Limerick from 2nd  to 4th  March.  This is the 25th anniversary of the meeting which has broadened its focus to the entire perioperative context in the past three years.  The annual event is now the single largest national perioperative surgical meeting and is hosted by the Departments of Surgery, Anaesthesia, Nursing in conjunction with the Perioperative Directorate at ULHG and the Graduate Entry Medical School, University of Limerick.

Over 500 people attended the 25th-anniversary symposium, which features approximately 300 presentations and national and international research papers. There are several awards for presenters which include the Sylvester O Halloran Prize and the prestigious ASGBI International paper award.  The top three presentations are invited to deliver a presentation at the Annual Congress of the ASGBI.

The first day of the Sylvester O Halloran meeting is particularly special as it includes the inaugural Irish course on robotic surgery which is being coordinated by Mr Colin Peirce.  The course has attracted a considerable amount of national and international interest.

Mr Tony Moloney and Mr Eamon Kavanagh hosted the Annual Vascular Surgical Course which is held in conjunction with the Irish Vascular Society.

The first day finished with an invited lecture by Dr Mariana Berho, world renowned pathologist from the Cleveland Clinic, Florida, who discussed the challenges faced by the pathologist with the introduction of new surgical strategies in managing rectal cancer.

The venue for the first day of the Sylvester O Halloran meeting is the newly opened Clinical Education and Research Centre (CERC) Building at University Hospital Limerick (UHL), a €12.75 million project jointly developed by the University of Limerick and UL Hospitals Group.

In 2016, UHL became the first hospital in Ireland to perform colorectal, renal and adrenal surgical procedures using the state of the art Da Vinci Xi Dual Console robot. The first ever live stream of robotic surgery in Ireland was carried out at UHL on the 29th of November last.  As part of the training course this Thursday, Intuitive Surgical are delivering a second Da Vinci Xi platform which will be used exclusively for training purposes.  The Da Vinci Xi platform will also be on display in the GEMS building in UL on Friday and Saturday.  Mr Peirce, who delivered the Inaugural Lecture on Robotic Surgery on an opening day, said UL Hospitals Group was well on the way to establishing itself as a national centre of excellence in this regard.

“We are delighted and honoured to be the first university teaching hospital in Ireland utilising the newest robotic platform available worldwide. Having pioneered colorectal and renal surgery in Ireland, further subspecialties and surgeons will be joining the team as the year progresses. UHL is in the unique position of currently being the only hospital in the country to offer trainees on dedicated surgical schemes robotic exposure and experience. This, coupled with the vast array of audiovisual capability within the operating theatre, CERC building and UL makes the program truly unique and the opportunities from a clinical, educational and research perspective are countless. We are excited in that this year’s meeting will be the first of many and the program will expand both nationally and internationally as the team grows in experience and number,” Mr Peirce said.

The symposium switches venue on Friday and Saturday, March 3rd and 4th to the GEMS (Graduate Entry Medical School) Building at the University of Limerick.  Sessions will take place on various surgical specialities including breast, gastrointestinal, colorectal, vascular, orthopaedics and ENT.

Friday afternoon features the Sylvester O Halloran debate which is now an annual event during which teams from two of Ireland’s foremost academic hospitals debate a hot topic in surgery.  This year’s debate focuses on robotic surgery and is being contended by Professor Arnold Hill (Winner of the inaugural 2016 debate, Beaumont Hospital and RCSI) and Professor Desmond Winter (St. Vincent’s University Hospital and UCD).

On Friday, the set-piece Sylvester O Halloran Lecture will be delivered by one of the world’s foremost colorectal surgeons, Dr Steven Wexner, also of the Cleveland Clinic, Florida, who will speak on “The Quest to Improve Outcomes in Rectal Cancer Surgery: Past, Present and Future”.

On Saturday, the inaugural nursing course on robotic surgery is being hosted by Ms Catherine Tierney and Professor Fiona Murphy.  This is the first session of its kind in Ireland and will feature talks from patients, nurses, the perioperative strategic manager and surgeons involved in the robotic surgical program in UHL.

Ms Colette Cowan, CEO, UL Hospitals Group, will deliver the Sir Thomas Myles Lecture entitled “Overcoming Challenges in Health Service Delivery: the ULHG Approach”.  This prestigious lecture is awarded to people who have made a major impact on service delivery in health.

The Symposium is named after the pioneering 18th century Limerick surgeon Sylvester O Halloran (see note below), who was key to the establishment in 1784 of the Royal College of Surgeons in Ireland.

Professor Pierce Grace, former consultant surgeon at UL Hospitals said the symposium to which Sylvester O Halloran lends his name was started in 1992 by his late colleague Mr Peter Delaney and Professor Eamonn McQuaid of UL. Prof. Grace took up the mantle in 1998 and ran the symposium for 13 years before handing over to Ms Shona Tormey and, more recently, Professor J. Calvin Coffey in 2014.

“It started as a small single-day event at the university followed by a dinner. But it gradually expanded over the years and now enjoys its place as one of the five major surgical meetings in the country along with the Freyer in Galway, the Surgical Octoberfest in Waterford and the Millin and Charter Day meetings at RCSI. It has always attracted speakers of international renown and it is now a major academic event in the surgical calendar,” said Prof Grace.

Since 2014 the Sylvester O Halloran meeting has developed into the premier national perioperative symposium.  It has developed from a one to a three-day event with several hundred trainees and attendees.

“We are particularly delighted at the program this year,” said Prof J Calvin Coffey.

“Many of the events listed are updates on challenges facing people in health care and are being delivered by key policy makers in the realm of healthcare.  This meeting is supported by many of our industry partners and represents their ongoing support for the advancement of health service delivery.”

Mayoral Reception for Dorothy Meaney Carer of The Year