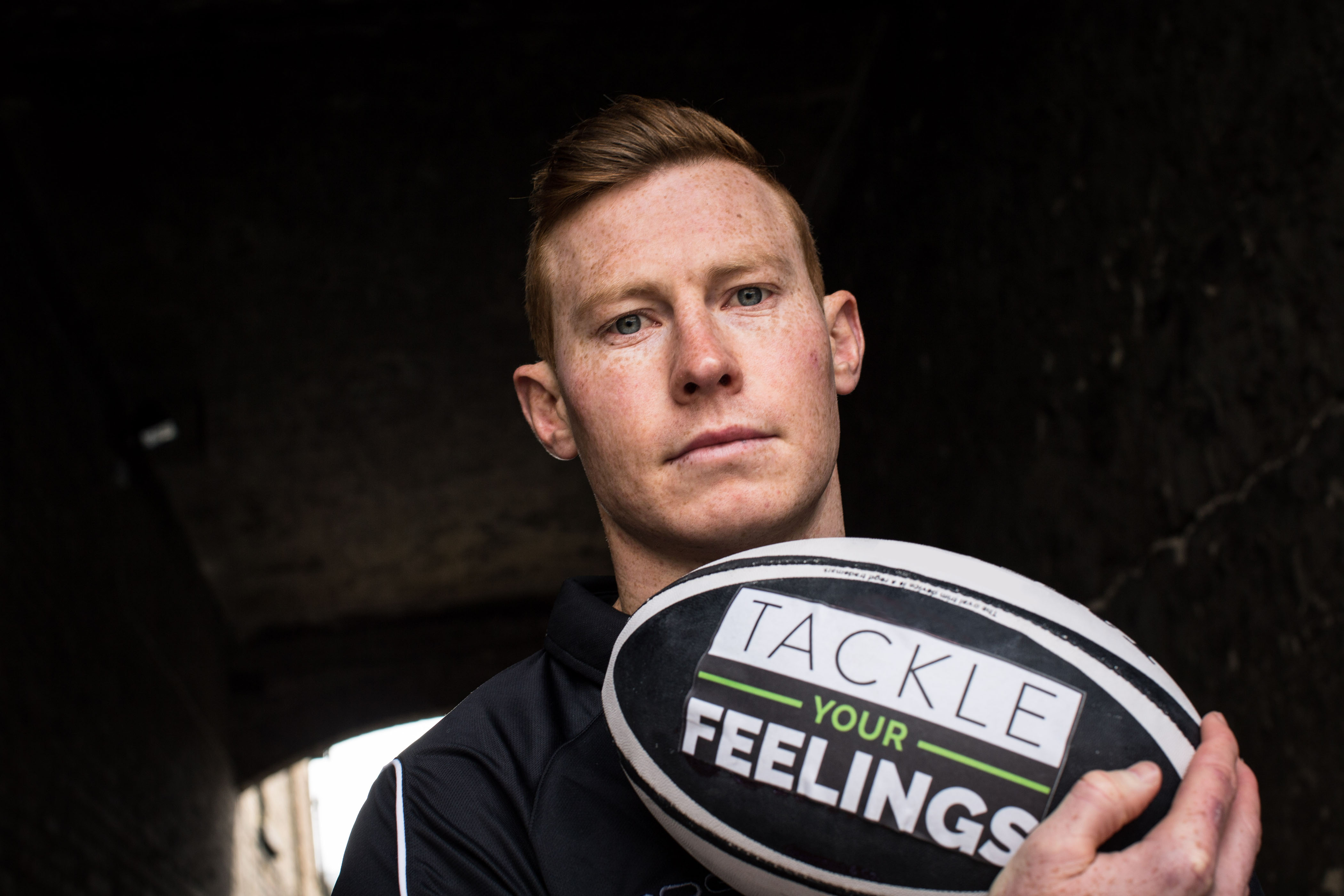 The campaign was launched by three of our Ambassadors, Musnter’s Cathal Sheridan, Leinster’s Jack McGrath and the Irish Women’s Programme’s Hannah Tyrrell. Each ambassador recorded a personal video outlinging their experience with anxiety, bereavement and self-harm.

The IRUPA and Tackle Your Feelings have a vision for a society where emotional vulnerability is viewed as a strength and being honest with yourself about how you are feeling is brave. A society where it’s second nature to connect with your emotions and where you feel empowered to open up to others for support.

Mental wellbeing is a subject often associated with stigma, particularly among young people. In a society that idolises the macho ideal of physical and mental toughness, it’s no wonder that many people are still uncomfortable discussing their emotions and admitting to feelings of vulnerability.

When we think of the stereotypical high performance athlete it conjures up images of mentally tough, physically strong, battle-hardened sportspeople. Emotional vulnerability is the last thing that springs to mind. Which is what the IRUPA are trying to change with the Tackle Your Feelings campaign.

For the next phase of the campaign IRUPA will be holding Public Panel Discussion to discuss the topic of Mental Wellbeing. The first discussion will take place in Thomond Park on Wednesday 25 May. Speakers include TYF Ambassador Cathal Sheridan, Munster legend Alan Quinlan and Operation Transformation’s Dr Eddie Murphy. Marcus Horan will MC on the night.

For more information visit the Tackle Your Feelings site here