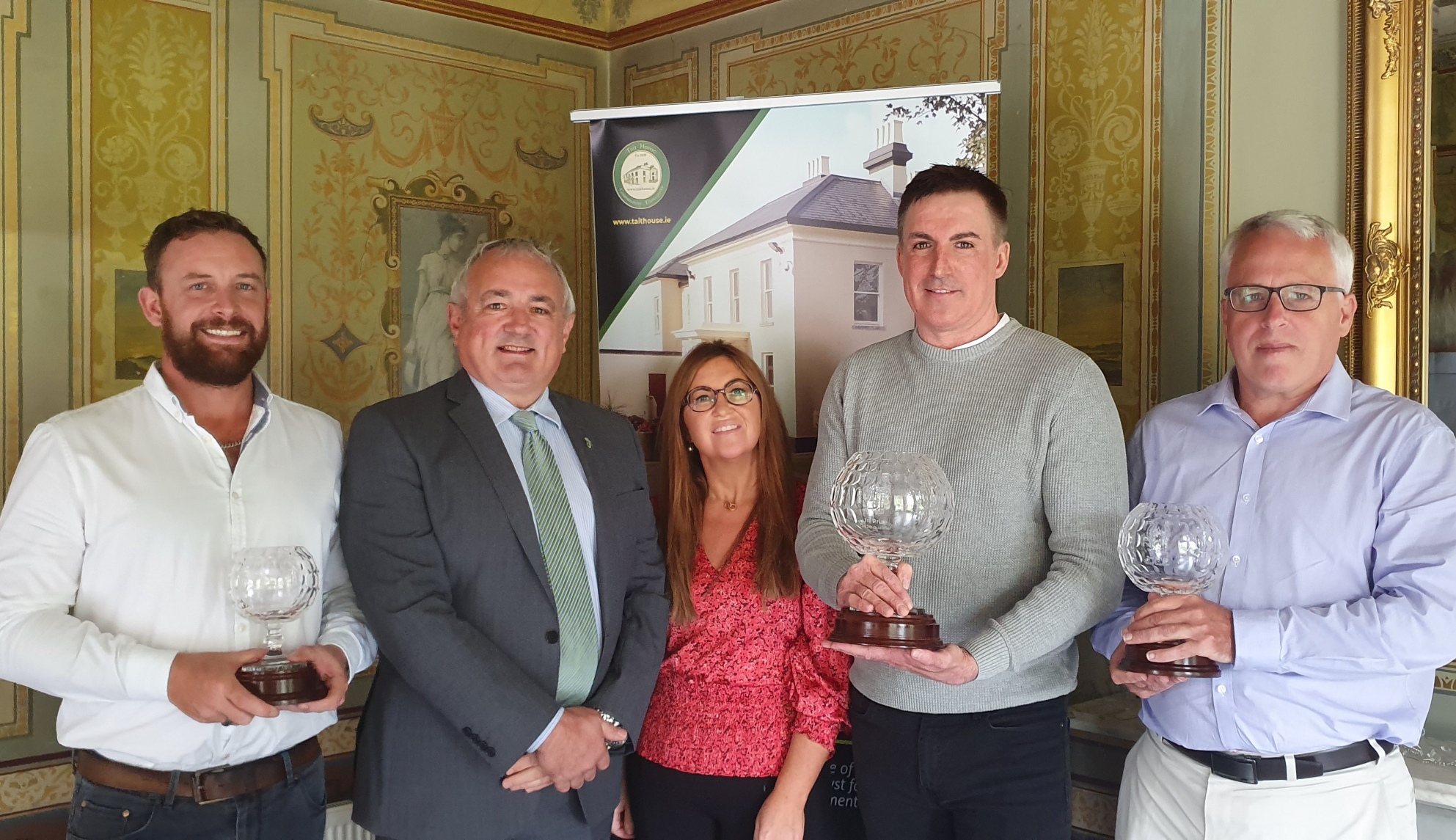 Pictured above Joe Murphy from The Buttery, Jerry O Dea and Tracey Lynch from Tait House, Neil Hughes from Teckro and Barry Walsh.

The  Tait House pre-qualifier event saw competitors battle it out for the unique opportunity to play alongside many of the world’s best golfers and some very famous faces at the official JP McManus Pro-Am at Adare Manor in 2020.

The team randomly selected to compete at the grand Tait House Pre-Qualifier event was named as Kenny Hughes, Barry Walsh, and Joe Murphy.

Funds raised at the pre-qualifier event will support expansion plans at the Tait House facility in Southill.

Jerry O’Dea, Chairperson of Tait House said, “We are delighted to be in a position to host our very first pre-qualifier event as part of the JP McManus Pro-Am. This event has enabled organisations from across the Mid-West region to do tremendous work with many millions raised since the event was first held in 1990.

“We want to thank all of those who have supported us either by fielding teams, sponsoring tee-boxes or simply by offering their time and advice. To see Ballyneety Golf Club so full of Tait House supporters was very rewarding”, he said.

As an officially nominated JP McManus Pro-Am charity, Tait House is working on the development of an Urban Farm and visitors centre which is hoped to boost social, cultural and recreational opportunities for the people of Southill and the wider community of Limerick.

Tracey Lynch, CEO at Tait House said, “Being accepted as an official organisation for the JP McManus Pro-Am is a huge boost to us. We were delighted to welcome so many golf enthusiasts last Friday for what proved to be a fun day and a super opportunity to network with the huge number of supporters we have built up at Tait House over many years. I want to congratulate the winning team and look forward to seeing them compete at the final pre-qualifier next year.

The JP McManus Pro-Am will see its sixth staging in July 2020 when it takes place at the Tom Fazio redesigned Golf Course at Adare Manor. Since its inception in 1990, the event has attracted golf’s leading names to Ireland and raised over €140 million for beneficiaries.

For more information on the Tait House click here.